The punk rock genre saw its emergence in the early 1970s and quickly swept the music world. The American band X led the punk movement with its poetic lyrics and fusion of various music genres. And one individual who was at the forefront of this journey is Exene Cervenka.

The singer served as the lead vocalist of the band since its formation. She also enjoyed a prosperous solo career with many hit albums. Furthermore, the artist is also renowned for being Viggo Mortensen's ex-wife. The latter is best recognized for his role as Aragorn in The Lord of the Rings trilogy.

So, let's learn more about this talented punk rock songbird in this biography.

The songwriter was born Christene Lee Cervenka on February 1, 1956, in Chicago, Illinois. She later adopted the stage name Exene by changing the spelling of her first name.

Exene Cervenka's father, Louis Charles Cervenka, often worked many odd jobs to take care of his family. For instance, he worked for the mob, served as a card shark, carpenter, etc.

Exene's mother, Margaret Gertrude Cervenka, was an Irish stay-at-home mom. Sadly she passed away when the singer was around eighteen years old.

The musician also has an elder sister named Mirielle Cervenka and two younger sisters. Unfortunately, Mirielle was killed in a hit-and-run car accident on April 12, 1980. Exene was very close with her late sibling, and her sudden death impacted her greatly. 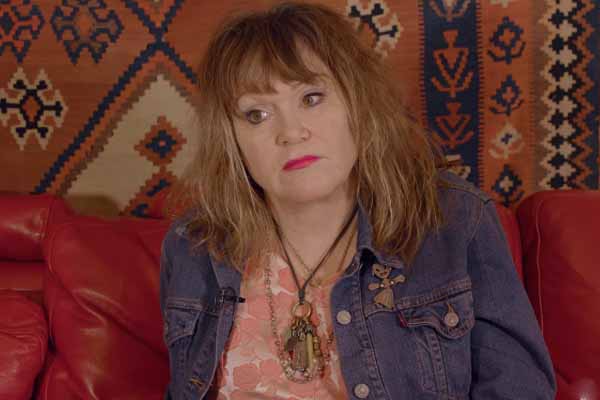 Exene Cervenka's family often moved while her father searched for new jobs. As a result, she constantly changed schools. Moreover, while attending Catholic School, the songwriter discovered Bob Dylan, The Beatles, The Rolling Stones, The Doors, etc. It was a mind-bending experience for her and urged her passion for rock music.

After transferring to St. Petersburg High School, Cervenka faced difficulty with her dressing choice and personal style. She finally dropped out of school on her sixteenth birthday. Afterward, the singer began taking on odd jobs such as selling cemetery plots, working as a waitress, busboy, phone solicitor, etc.

Cervenka initially moved out of her house but returned after her mom's sudden death. She then took care of her younger siblings until her dad remarried a year and a half later. Afterward, she moved to Tallahassee in pursuit of a music career.

Exene Cervenka Net Worth And Career

The punk singer only settled in Tallahassee for a few months before relocating to California in 1976. She then met her now ex-husband, John Doe, on a local poetry workshop at the Beyond Baroque Foundation. Moreover, the duo instantly connected and began working on songs together.

Alongside serving as the vocalist of X, Exene also launched a solo career and released several albums. Viggo Mortensen's ex-wife's solo debut album, Old Wives' Tales, peaked at number 17 on Billboard's Modern Rock Tracks chart. Some of her other albums and their prices on Amazon are listed below:

Aside from X, the musician played for The Knitters, Auntie Christ, and The Original Sinners. She also collaborated and wrote songs for many artists. In addition, she also performed in festivals and concerts all around America.

At present, X has regrouped and come back with new albums and songs. It recently wrapped a successful Summer tour in June, July, and September and is in the middle of its X-Mas Holiday Tour. Moreover, Cervenka hasn't lost her touch and is still providing lead vocals in the band.

The singer has also shown interest in writing poems and literary works. She first collaborated with Lydia Lunch to release her first book, Adulterers Anonymous, in 1982. Since then, she has released many books and some of which are listed below:

Aside from that, Cervenka expressed her artistic sense in the form of collages. Her one-person exhibition titled America the Beautiful was exhibited at the Santa Monica Museum of Art.

Hence, Exene Cervenka's net worth must have also increased alongside her prospering literary and art career. Another individual who has earned recognition and fortune from her singing and acting career is Samantha Dagnino.

Exene Cervenka Is The Ex-Wife Of Viggo Mortensen

The ex-couple's first meeting was in 1986 on the set of Salvation!, a parody comedy film where they portrayed the role of husband and wife. However, that short encounter turned to be something more, and the ex-duo began dating soon after. Eventually, both got married on July 8, 1987.

Exene Cervenka's ex-husband, Viggo Mortensen, got much recognition after starring in the Lord of the Rings trilogy. He has also ventured into music, art, and literary areas and has collaborated with his ex-partner. 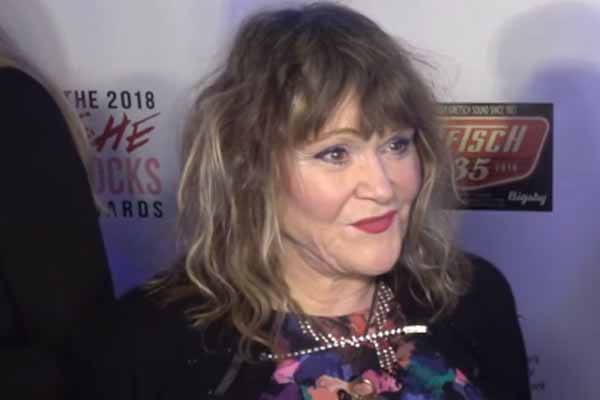 Sadly, the ex-pair couldn't maintain marital harmony and separated in 1992. Their divorce also took a long time as it was only finalized in 1997.

However, this wasn't the first marriage for Viggo Mortensen's ex-wife, Exene Cervenka. She was previously married to her bandmate, John Doe, from 1980 to 1985.

After divorcing the actor, Exene wed her third husband, Jason Edge, who was her bandmate from The Original Sinners. Unfortunately, she has also separated from him at present.

Exene's Son Is An Actor

While the relationship did not last, from her second marriage with Viggo Mortensen, the songbird has a son named Henry Mortensen. He was born on January 28, 1988, a year after Exene and Viggo's marriage.

Exene Cervenka's son, Henry, holds an MSc in Palaeoanthropology and Palaeolithic Archaeology from the University College London. He has also appeared in two installments of The Lord of the Rings trilogy alongside his father, Viggo. In addition, he currently works as an office manager in his dad's label, Perceval Press. 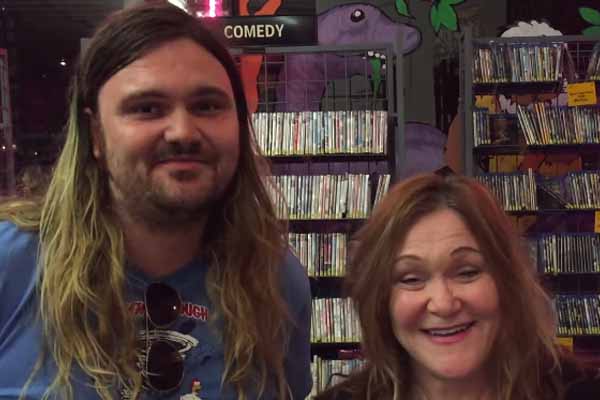 The artist is very close with her child and always supports his career. Likewise, Henry is also proud of his mom's musical journey and often posts on his social media about her upcoming shows.

We wish both the mother-son pair a successful and prospering career ahead.