Ali Astin is an emerging actress who is best recognized for being the daughter of Sean Astin. Photo Source: Ali Astin's Instagram.

Celebrity kids following in their parents' footsteps is not a new thing in Hollywood. And one individual who is continuing this norm is Sean Astin's daughter, Ali Astin. Moreover, the latter is an emerging actress with the aim of continuing her father's legacy.

Sean is best known for portraying a hobbit named Samwise Gamgee in The Lord of the Rings trilogy. His character plays a significant role in destroying the One Ring alongside the main character, Frodo Baggins. Furthermore, the actor's baby, Ali, also began her film career with the series. She started with a short cameo role on The Lord of the Rings: The Return of the King.

So, if you are curious about Astin's daughter, Ali, keep on scrolling down this biography.

Ali Astin Comes From A Family Of Actors

The actress was born Alexandra Louise Astin on November 27, 1996, in California, U.S.A. Her family houses a long line of actors, with her grandmother, Patty Duke, becoming a pioneer. Moreover, Patty was a phenomenal performer with one Academy, two Golden Globe, and three Primetime Emmy Awards to her name.

Ali Astin's mother, Christine Astin, is an Academy Award-nominated producer. Her film Kangaroo Court was a nominee for Best Short Film in the Oscars. 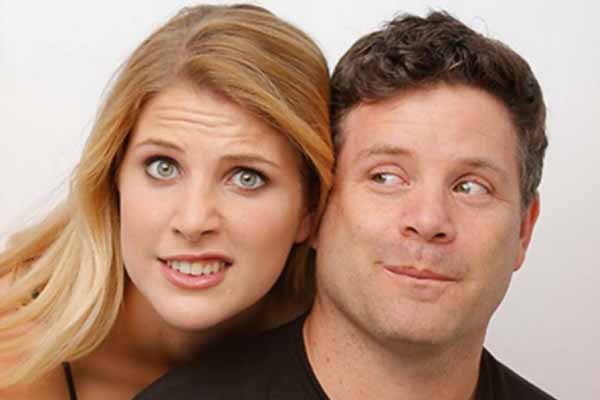 Ali Astin's father, Sean Astin, is most known for his role as Samwise Gamgee in The Lord of the Rings trilogy. Photo Source: Ali Astin's Instagram.

The artist's uncle, Mackenzie Astin, also pursued an acting career from a young age. He is most renowned for his works in The Facts of Life, Scandal, Iron WIll, etc.

The media person is the eldest among Sean's three daughters. Her younger sisters, Elizabeth Louise Astin, and Isabella Louise Astin have also starred alongside her in Lord of the Rings. Moreover, Elizabeth is a member of the National Honor Society and winner of the 2018 Queen Shenandoah.

Ali Astin Net Worth And Career

Having such influential acting figures in the family, Astin's attention was naturally pivoted towards it. Hence, after completing high school, she enrolled at Harvard University to get an arts degree.

The filmstar obtained her Bachelor's degree in Theatre, Dance, and Media in 2019. At present, she is completing her master's degree in Dramatic Arts at Harvard. In addition, she also did coursework in Digital Cinematography at the University of California, Los Angeles.

In addition to studying, Sean's daughter, Ali, starred in minor roles in many films. Aforementioned, she started as Elanor Gamgee in the Lord of the Rings: The Return of the King. She again appeared on the silver screen several years later with her dad.

The actress did voice acting alongside her father, Sean, for Ribbit in 2014. The animation was a commercial hit with a $3,088,467 worldwide box office collection. Furthermore, her acting credits include Bad Kids of Crestview Academy, Apocalypse Society, Two Rings, Before There Were Rings, The Morning Show, etc.

Aside from acting, Sean Astin's daughter released a music album titled Take 1 in 2017. It features eleven tracks, namely, Parachute, Cloud 9, Repeat, Lovesick, etc., and is available for $8.99 in MP3 format. 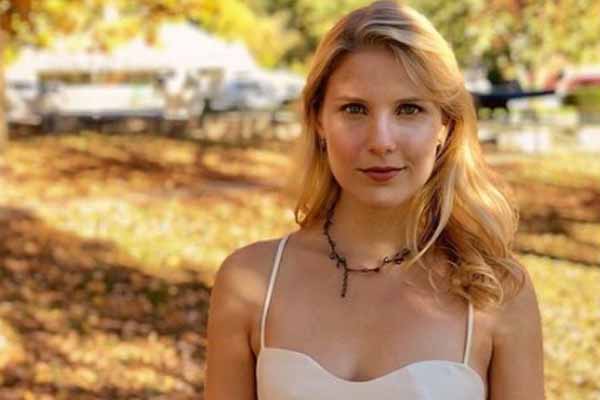 Having started out in a Lord of the Rings series, Ali Astin has acted in several more movies and tv series. Photo Source: Ali Astin's Instagram.

Hence, Ali Astin's net worth must be a notable figure from her acting and music careers. It will continue to grow more alongside her career progress in the upcoming days.

Speaking of fortune, Ali's dad, Sean, has made remarkable earnings from his Hollywood career. For example, his income from the first Lord of the Rings movie was $250,000. In addition, he must have earned more for the later series.

The actor's salary also came from his directorial and screenwriting works. He has also written a memoir, There and Back Again: An Actor's Tale, which made good sales in the market.

Hence, Sean Astin's net worth amounts to $10 million from his acting gigs. His daughter, Ali, will also likely earn a similar amount in the future.

Another individual recognized for her acting skills and being a celebrity kid is Andy Serkis' daughter Ruby Ashbourne Serkis.

In addition to acting and releasing a music album, Astin has also worked in other fields. For instance, she was a visiting assistant professor at John Hopkins University from August 2020 to January 2021.

The singer also worked as an audiobook producer for six months at Audible. She is currently involved as a creative executive for children's content at Lava Entertainment. Moreover, Ali's work is related to supervising and developing animated series and films suitable for small children.

Ali's salary from the company must be a significant amount considering her experience of over five years. Hence, Ali Astin's net worth must have also increased along with the significant progress in her career.

Who Is Ali Astin's Boyfriend?

Sean's fans are well aware of his fairytale-like marriage with his wife, Christine. The pair have been inseparable from the beginning of their marriage. Likewise, many are curious about Sean's daughter, Ali Astin's boyfriend, and her love life.

Well, going through the tv star's past interviews, she was engaged and deeply in love. According to The Winchester Star, Ali's fiance was Ben Ubinas, her co-star from Apocalypse Society.

However, at present, the supposed couple hasn't appeared in public together. Both also don't have much interaction in social media. So, it seems the speculated pair have called off their engagement.

The artist also seems to have moved on with a new partner. Sean Astin's daughter's assumed boyfriend, Adam Wong, often joins her on her yoga sessions on her social media posts. 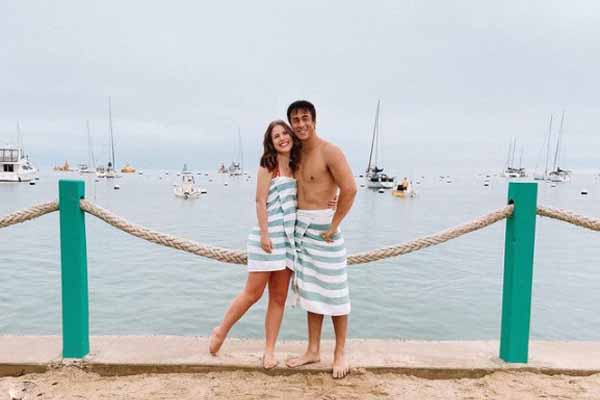 Ali Astin was supposedly engaged to her co-star Ben Ubinas previously but seems to have moved on with a new guy named, Adam Wong. Photo Source: Ali Astin's Instagram.

The presumed duo hasn't revealed whether they are dating or not. But their cozy pictures and traveling trips create more impressions of them being in a relationship.

Nonetheless, we wish Astin best wishes on her film career and personal matters.