Franz Tost is the current team principal of the Scuderia AlphaTauri Formula One Team. Like so many Austrians involved in motorsports, Tost also started his career as a racing driver for Formula Ford. Coming to the present, he is now known as one of the longest-serving team bosses in the pit lane.

With years in the motorsports industry, Franz Tost has experienced a fascinating ride in his career. He has overseen Toro Rosso's maiden pole and victories while nurturing talents like Sebastian Vettel, Daniel Ricciardo, and Max Verstappen. Today, let's know Franz Tost's story.

Franz Tost was born on January 20, 1956, in Trins, Austria. Since he was born in the mid-1950s, there is no recorded information about his parents, and Tost himself has not shared anything about his childhood.

Tost became interested in motorsports from an early age. Following his passion, Tost soon placed himself behind the wheels, racing a Formula Ford car at a young age. He competed in Formula Ford and Formula Three. Tost eventually proved his worth when he won the Austrian FF Championship in 1983. Unsatisfied with his racing skills, he studied Sports Science and Management and successfully graduated with a degree from Innsbruck University.

During his academics, Tost started working as a team manager at the Walter Lechner Racing School at the Zeltweg circuit. In 1993, he joined Willi Weber Management as their team manager for their Formula 3 team. It was here that he first met Ralf Schumacher. Tost looked after Schumacher's early career in Japan while running the WTS Formula Three team.

After Ralf joined Jordan and then Williams in Formula 1, Tost was appointed as Operations Manager with BMW's Formula 1 program. Then in 2005, he was hired as the team principal of the newly formed Scuderia Toro Rosso. Since the day, Tost has pushed his team forward and continues to steer it in the new Scuderia AlphaTauri era with an uncompromising enthusiasm.

Apart from being a famed team manager in F1 history, Franz Tost was also surrounded by allegations and accusations in his career. While he is never a stranger to controversies, Tost has overcome many of them.

After the 2007 European Grand Prix in Germany, it was reported that Scott Speed was involved in a physical altercation with Tost, which the Austrian denied later. However, Scott subsequently stated that Tost was dishonest with the media and declared that he did not want to race for Tost and Gerhard Berger again.

In 2008, Tost reached a milestone in his career when Sebastian Vettel qualified on pole and went on to take a light to flag victory at the 2008 Italian Grand Prix. While the Austrian celebrated his greatest moment in the sports, the other racing teams accused Toro Rosso constructed its own chassis rather than using a Red Bull one. After an investigation by the FIA, Toro Rosso was charged for the incident.

Having started his career in his mid-20s, Tost has come a long way in the motorsports world. Looking at his lengthy career, some people might have guessed Franz Tost's net worth to be over a million-dollar mark. However, the Austrian is yet to reveal his actual net worth.

Tost is the team principal of Toro Rosso since 2005. It has been more than 15 years since the Austrian took charge of their financially loaded Formula 1 team. While the Scuderia Toro Rosso's market value was estimated at $200 million in 2018 by Statista, Red Bull poured an astounding $82.9 million in the team for advertising purposes. The same year, the racing team generated a whopping $183.6 million from different sectors.

Despite revealing their financial information in 2018, Red Bull has still not verified the salaries of its Formula On Racing team, which has made it more difficult to state Franz Tost's salary in numbers. However, being the team principal in the multi-millionaire team, Tost must have accumulated a ton of money for his contributions. 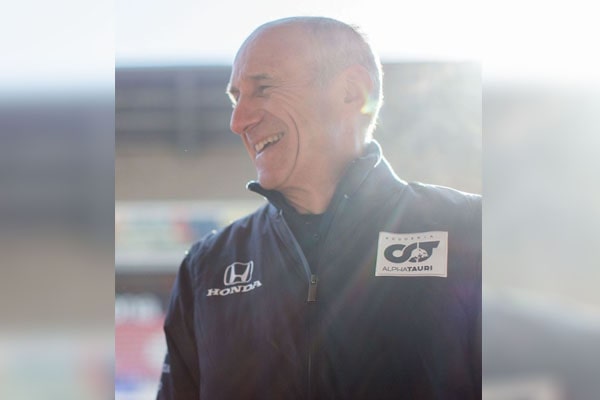 If his statement at a press conference of the Canadian Grand Prix 2019 is to be believed, Franz ruthlessly claimed that he "does not care about the families," adding, "If we get money or all the races, that's important." Although his reply was a satire to the reporter's question, it could mean the man could grab any opportunity that generates a vast sum of money.

Franz Tost seems to be a very secretive man who has not revealed much about his wife or family. While we respect his confidentiality, we left no effort to know about the man's private life.

After vigorous research, we came to find that Franz Tost is married. In the midst of the coronavirus pandemic, Tost and his wife spent time together in their house in Faenza, Italy, near the Formula 1 factory. While there is no reported evidence of his children, many fans have guessed that Tost might have already been a father by now.