Being the brains and backbone of McLaren, Seidl has the overall responsibility of card development, operations, and the race team out at the track. So, how did Seidl became the team leader in one of the world's most prominent F1 teams? Let's learn about Andreas Seidl's biography.

Andreas Seidl was born on January 6, 1976, on the banks of the Danube in Passau, Lower Bavaria, Germany. Apart from his birthdate, there is no information about his early life. Although Seidl's parents are also a mystery to the world, they are reported to have worked in the education sector, and there was no history of motor racing in the family.

At the age of 23, before finishing his course in the university, Seidl got into BMW's Formula 1 engine program department after badgering the former BMW Motorsport Director Mario Theissen for a work placement in his company. In 2003, Seidl finally got his golden chance to work as Mark Webber's BMW engine engineer on the race track.

In 2006, after the German car manufacturer turned to the Sauber F1 team, Seidl moved to Switzerland and became the head of the track operations. He eventually led the team to win the 2008 Canadian Grand Prix with Robert Kubica.

After BMW withdrew its position from Formula 1, Seidl was very disappointed with the decision. However, he stayed with BWM and worked in various championships, including FIA World Touring Cars, before managing BMW's DTM (German Touring Car) comeback in 2012.

After a 20-year absence from the DTM championship, BMW, under Seidl's guidance, won the drivers' and teams' championship double on its first year back. Having gained wider experience and fame in BMW, Seidl finally said goodbye after more than a decade of commitment to the team.

In 2013, Porsche motorsport boss Fritz Enzinger signed Andreas Seidl for the Porsche LMP1 squad as Director of Race Operations. Later, he was promoted to Team Principal in 2014. Building a team from scratch is a tough job, but Seidl did the unthinkable when he led Nico Hülkenberg driven Porsche 919 LMP1 Hybrid to 2015 Le Mans win after Porsche's 16-year absence in the championship. He then led the team to two Le Mans victories, two World Endurance Manufacturer Championships, and two FIA World Endurance Driver Championships in the upcoming years.

After a successful track record with Porsche, Seidl was then approached by McLaren's chief executive Zak Brown about the possibility of him joining McLaren. The offer was appealing to the German as F1 was always his first love. On January 9, 2019, Seidl was appointed as team principal of McLaren's F1 team. In May 2019, he started to work on the team's technical and operational department and led the team to secure P3 in the Constructors' Championship in 2020. McLaren seems to be heading towards a bright future with Seidl's positive changes in their F1 team. Zak Brown even thinks Seidl is the best on the Formula 1 grid.

Andreas Seidl's net worth is mainly comprised of his professional earning from Formula 1 and motorsport ventures. Decorated with several illustrious achievements, Seidl might have earned a grand fortune from his career. So, how much is his net worth?

Seidl is one of the most sought-after engineer and team principals in the motorsports world. He has a record of working through an impressive upward trajectory with some of the renowned car brands in the world and might have racked up millions for his contributions. Billion-dollar companies like Porsche and BMW were two of his former employers who had a great impact on Seidl's experience as well as his finances. 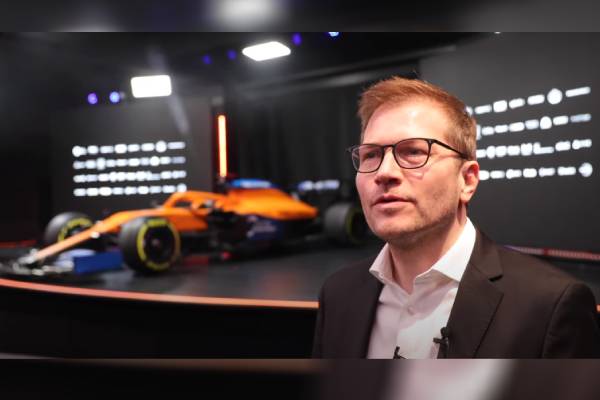 Andreas Seidl has earned a fortune being the team principal of many luxurious racing car brands. Photo Source: Social Media.

Talking about his current affiliation, he holds the leadership position as the team principal for the McLaren F1 team. McLaren Group generated revenue of £1.486 billion ($2.069 billion) in 2019, looks after their F1 team, which itself saw its revenue at £75.9 million ($94.5 million) in the first half of 2019. Looking at these colossal numbers, we can guess that Seidl could be earning a hefty sum as his salary.

While some sources have claimed that Andreas Seidl's net worth more than 5 million dollars, the German himself is yet to confirm the rumors. Until then, his financial worth would remain confidential.

Besides his professional relationships, Andreas Seidl does not seem to address his personal affairs to the media. Maybe because of his uncompromising work ethic and intense passion for F1, Siedl has not talked much about his relationships.

However, some sources have reported that McLaren's chief is a married man and father of two children whose family lives in Germany. Although Andreas Seidl's wife and kids have been hidden from the public eyes, we hope the family is enjoying the best days of their life.