Don Calame is a name that has transformed the American writing scenario. An accomplished screenwriter and the award-winning author of four novels, Don is a renowned novelist who has inspired many to follow their passions and aspirations. He is also recognized for being the husband of Meg Tilly, an American-Canadian actress and writer.

Furthermore, Don has worked very hard to establish himself as a writer, but many people may not be familiar with his piece of work and struggle. Therefore, we provide you with this article covering all essential details regarding Don Calame's professional career and personal life as we truly believe his story deserves a fair chance to be known to the world.

Aspired To Become A Writer Since He Was Nine

Don was born Donald Calame and grew up in Hicksville, New York and celebrates his birthday every year on October 10. He was raised by his father, Robert Louis Calame, and his mother. His parents were supportive and loving; unfortunately, Don Calame's dad died on March 21, 2013. Don's stepmother, Muriel Ann Calame, also passed away on April 18, 2021.

Moreover, when he was younger, he lived with his grandmother alongside his mom, brother Robert L. Calame Jr., and sister Camille O'Brien on Arrow Lane. Likewise, Arrow Lane was a block and half away from Parkway Pool, where he and his sister used to take swimming lessons and practiced with their swim team. Calame was just nine when he decided that he wanted to be a writer. 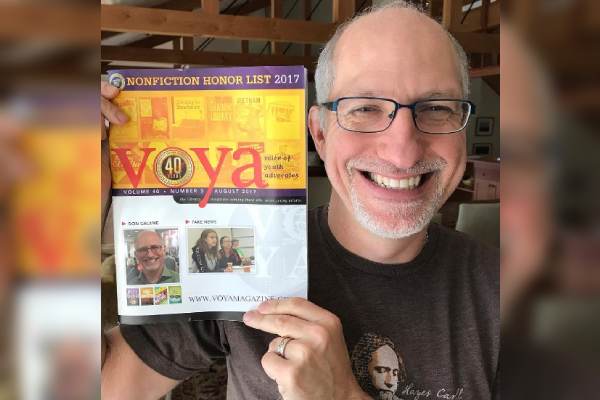 Don Calame aspired to become a writer since he was nine. Image Source: Meg Tilly Instagram.

Furthermore, Don Calame's mother and grandmother were the ones who first inspired him to like reading. Both often gifted him with several books on special occasions. Likewise, talking about the author's educational background, he hasn't been upfront regarding it; however, he started focusing on writing during his university days.

Don Calame Net Worth And Career

The award-winning novelist has impacted the literary world as an inspiring author. His debut novel Swim The Fly has received many positive ratings and feedback. This is a project that he is most proud of, and it was inspired by a lot of Calame's memories of growing up in Hicksville and being on a swim team. Furthermore, Don Calame's net worth mainly comprises his earnings from his writing career.

Meg Tilly's husband moved to Los Angeles after university, where he started writing screenplays. He wrote them, but nobody read them. Therefore, in the meantime, he got his teaching certificate through the LAUSD Intern program, and then he started teaching third, fourth, and fifth-grade students. After around six years, someone finally read one of Don's scripts and bought them. There has been no turning back since then, as he got to work with several established production houses.

The Hicksville native has written screenplays for Universal Studios, Paramount Pictures, Marvel Entertainment, Lions Gate Entertainment, the Disney Channel, and Village Roadshow Pictures. Similarly, Don was the screenwriter for Hounded (Gaylord Films/Disney Channel, 2001) and Employee of the Month (Lions Gate Films, 2006). Moreover, in 2009, the film rights for the author's first novel, Swim the Fly, were optioned by Paramount Pictures; following that, he was hired to write the screenplay.

Now, let's take a look at some of his best-selling books, along with their prices as listed on Amazon:

Hence, Meg Tilly's husband must have earned significant money from his book sales. Furthermore, a person working as an author earns $67,725 per year on average. So, Calame's salary must also be around that range. Moreover, looking at his career as a successful author and screenwriter, we can assume that Don Calame's net worth is notable. On the other hand, his wife's fortune is worth $3 million.

Similarly, Mateo Askaripour is another talented novelist with massive earnings.

The Swim the Fly author shares a stable and happy marital life with his spouse, Meg Tilly. The duo exchanged their wedding vows on 2002 and have been together ever since. Furthermore, the pair met during a writing seminar in Big Sur, California. Don Calame's wife is an American-Canadian actress and writer best known for her role in the 1985 movie Agnes of God. For her portrayal, Meg was nominated for the Academy Award for Best Supporting Actress and also won a Golden Globe Award. Apart from acting, Tilly has also written several novels, such as Porcupine (2007), A Taste of Heaven (2013), First Time (2008), etc. 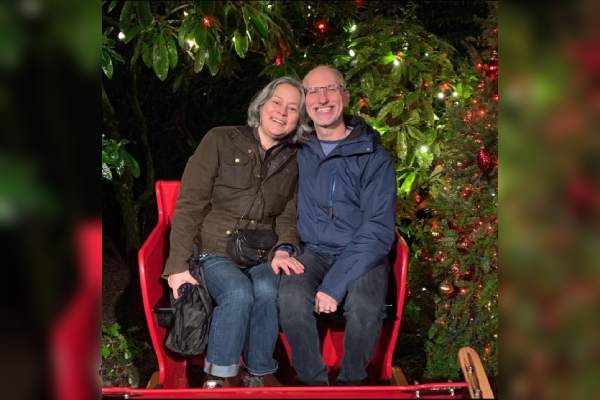 Don Calame has been married to his wife, Meg Tilly, since 2002. Image Source: Meg Tilly Instagram.

Nonetheless, the husband-wife duo share a very amicable bond and have always been there for each other. The author's spouse, Meg, is very supportive and loving, and the same goes for him. Also, talking about Don Calame's children, he has not welcomed any kids with his partner. However, the actress shares two children, Emily Zinnemann and David Zinnemann, with her ex-husband, Tim Zinnemann, and son, William Joseph Firth, with her ex-boyfriend, Colin Firth. Don must be a great stepfather to them.

Overall, the accomplished literary figure must be happy and enjoying a very content life. Likewise, his achievements in his field of work must make his entire family proud. As he has established his professional career without anybody's support, many of us can learn several things from his life story. We hope he continues to write and publish more literary pieces and keep his fans hooked on his work. Finally, we wish Don and his entire family further success in the coming days.