Amanda Balionis is best known for her excellent coverage of various golf tournaments around the world for CBS. She has interviewed many golfing legends, and she herself started playing the sport at an early age.

Balionis has also covered numerous other sports for the network and is well-known among the viewers. And, many are eager to know more about the beautiful reporter. So, let's get to learn more about Amanda Balionis.

Amanda Balionis was born in Pittsburgh, Pennsylvania, on June 20th, 1985, to parents Tony Balionis and Dana Balionis. She is the only child of the couple and was raised to be a sports lover. Both of Balionis' parents were avid golf players, and her maternal grandparents also met on a golf course. So, it is no surprise that Amanda also developed a big interest in the game.

However, as a young girl, the CBS golf reporter was an active kid and loved other sports like volleyball rather than golf. Nevertheless, she dutifully took lessons and participated in junior golf tournaments. Her father accompanied her during the competitions, which helped foster a close bond between the two.

Sadly, Amanda Balionis's parents were involved in a head-on car accident in 2016. While both of them survived the horrific accident, her father never fully recovered and died in September 2018. The Balionis family was distraught after Tony's death, but Amanda has continued with her life is now doing well for herself. 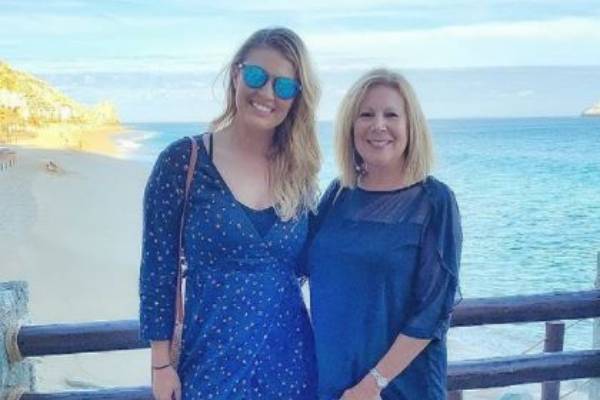 As for her formal education, having grown up in Pittsburgh, Pennsylvania, Amanda attended middle school and high school there. She then moved to New York to study at Hofstra University. Balionis graduated with a broadcasting degree and started her career in sports broadcasting soon after.

Amanda Balionis Net Worth And Career

As mentioned above, Amanda Balionis graduated with a degree in broadcasting and then tried her hand in sportscasting. She started working as a digital broadcaster and covered numerous high school sports in the New York tri-state area. She covered sports like wrestling, lacrosse, and football but never golf in her early career.

After a few years covering high school and small-college sports for local digital and cable platforms, Balionis did the same for the PGA Tour website. While the payment for her hard work must have been considerable at the time, she wanted to be on television. However, she also did not want to be a news anchor as she was more interested in sports and on-field reporting.

The chance to fulfill her dream of reporting sports came after she moved to San Diego in 2016. She was working for the media department of Callaway Golf Company when she was offered to work the 2016 PGA Championship by Turner Sports. While doing this, Amanda caught the attention of CBS Sports and was awarded a golf tryout at the 2017 Genesis Open of PGA Tour.

Amanda Balionis impressed the network executives and became an overnight success among the viewers. Since then, she has continued to cover the PGA tours for CBS and is slowly climbing the steps to become one of the most successful sports broadcasters. She has impressed not only the audiences but also fellow golf anchor Jim Nantz and chairman of CBS Sports, Sean McManus.

In addition to golf, the star broadcaster has also covered college football and NFL games and has undoubtedly been paid handsomely. As per payscale, on average, a sports reporter earns $38K per year, so her earnings must be in a similar range, if not more. And while it is unclear how much she pockets for her works, there is no doubt that Amanda Balionis' net worth has seen a considerable rise in recent years.

Moreover, the massive Instagram followers have also helped her gain few sponsorship deals. She has used her social media pages to partner with various brands like FabFitFun and AT&T and advertise the companies. For these sponsored posts, Amanda definitely pockets a significant amount. 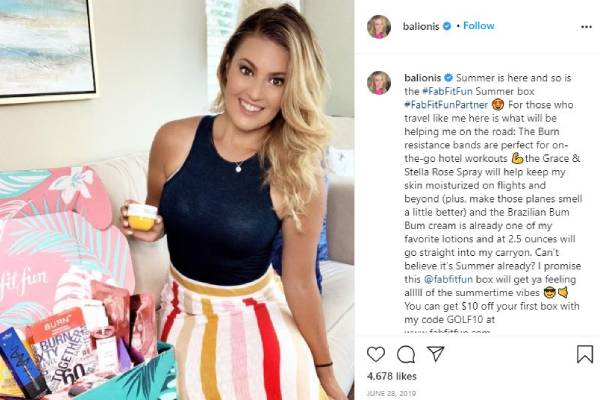 Amanda Balionis' net worth includes her earnings as golf reporter and from her brand endorsements. Image Source: Amanda Balionis Instagram.

The Pittsburgh native has been in the broadcasting journey for several years and has managed to amass a fortune from her career. She has interviewed golf stars like Dustin Johnson, Tiger Woods, and many others while covering the tour. And with her career on the rise, Amanda Balionis' net worth will undoubtedly see massive growth in the future.

Not only her professional career but the sportscaster has also found success in her love life. She is currently engaged to Bryn Renner, football coach, and former quarterback. According to Bryn's Instagram, the pair first met on November 23rd, 2019, and started dating soon after. The lovebirds were in a long-distance relationship but spent quality time together during the COVID-19 pandemic.

Their relationship continued to grow, and then, on March 3, 2021, Amanda Balionis' boyfriend went down on his knees and proposed to her with a massive engagement ring. The loved-up couple announced their joyful news through their respective social media pages. Now fans are eagerly waiting for the pair's wedding as well. 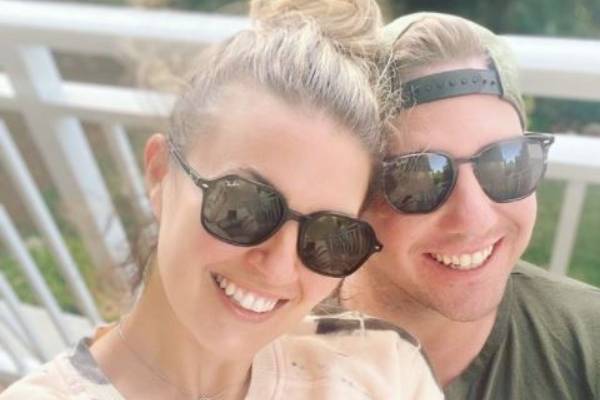 The engaged couple celebrated the happy occasion with a few of their close friends and family in San Diego, California. Since their engagement, they have been inseparable, and Amanda Balionis' fiancé, Bryn, has accompanied her to various events around the country. The soon-to-be husband-wife duo is surely planning their big day, and we hope that the couple gets all the happiness in the world.