Being one of the richest families in America, the Kroenkes have a multi-billion dollar fortune to their name. The family is the owner of one of the world's most valuable sports brands, Kroenke Sports & Entertainment, worth $8.4 billion. Josh Kroenke is heir to the sports and entertainment holding.

Having come from a business family, Kroenke must have been groomed to take over the company from a young age. Besides, he also has ties with the well-known Walton family from his mother's side. However, Josh prefers to maintain a low profile, making people more curious to learn about him. So, without further ado, let's head into this biography about the businessperson to know all the necessary details.

The handsome guy was born on May 7, 1980, in Columbia, Missouri, USA. Josh Kroenke's mother, Ann Walton Kroenke, is the daughter of Bud Walton, who co-founded Walmart with his brother Sam Walton. On the other hand, Josh's father, Stan Kroenke, is the founder of KSE, who established the firm in the late 1990s. He also owns multiple radio and television networks and North American sports teams.

Josh grew up with his siblings, Whitney Ann Kroenke, Katie Kroenke, and Brett Kroenke. Among them, Whitney has had more media exposure due to her philanthropic and production works. For instance, she is the co-founder of the Playing For Change Foundation.

Talking about Josh's education, he enrolled at the University of Missouri after graduating from Rock Bridge High School. The young man has always been athletic and attended uni on a full basketball scholarship. He was the recipient of Academic All-Big XII First Team honors in his junior and senior years.

Eventually, he graduated with a degree in financial management.

Is The President Of The Colorado Avalanche

As already mentioned, Josh's dad is the founder of Kroenke Sports & Entertainment which owns NHL's Colorado Avalanche and other sports franchises. The former has been involved in the firm for a while now and closely works with KSE's executives on numerous business operations, including finance and marketing.

Furthermore, Ann Walton Kroenke's son has added another responsibility to his list of duties, i.e., holding the governor position at Avalanche. He was named the president of the club in 2013. Since joining the NHL team, Josh has guided them to many of their firsts, including being selected for the 2017 SAP NHL Global Series, where the Avalanche played their first regular-season games in Europe.

Aside from that, Josh also holds the president/governor position of NBA's Denver Nuggets. He has been engaged in several other teams, which we will discuss in the following sub-heading.

Josh Kroenke Net Worth And Career

Ann Walton Kroenke's son first interned in the player development department of the NBA's League office, following his graduation. After six months of internship, he joined the global real estate group of Lehman Brothers as an analyst and underwriter. Eventually, he moved to join the KSE staff in 2007 and has been serving there since.

The Mizzou alumnus was promoted to the position of vice chairman in July 2018. He works closely with other executives and oversees the day-to-day operations of sports franchises under the sports holding company. In addition to Kroenke's roles in Avalanche and Nuggets, he is the Colorado Rapids' alternate governor. He has also been on Arsenal FC's board of directors since December 2013.

The Kroenkes received much backlash after Arsenal was announced as one of the founding members of the European Super League in 2021. Fans called for them to sell the club, but the Kroenke family announced they won't. Josh spoke about the matter in the mini-series All or Nothing: Arsenal.

As the vice chairman of a billion-dollar worth firm like Kroenke Sports & Entertainment, Josh's salary must be a significant amount. He also has shares in several teams, including Arsenal. Hence, Josh Kroenke's net worth must be a notable figure. On the other hand, his parents have a fortune of $12 billion each.

Likewise, Josh has purchased several properties under his name. He bought a 7,500 sq foot house just below Bird Streets for $15,400,000 in 2016. Moreover, the Avalanche president added a condo worth $1.4M to his list of homes in 2007. He also previously shared another condominium with his elder sister, Whitney.

Is The KSE Vice Chairman Married?

It is said that behind every successful man, there is a woman. While it might be true to some, not every person has their other half encouraging them from behind. Moreover, renowned personalities often prefer to keep their relationship affairs away from the limelight. Josh also falls among such people.

The KSE vice chairman hasn't been so vocal regarding his love life. As per Fabwags, he was dating a model named Elizabeth Maynard. However, in November 2021, he was seen with another lady during a match of Arsenal. Many speculated whether the mystery woman was his new partner.

So, who among Maynard and the new lady is Josh Kroenke's girlfriend? Or, does he have another partner? Unfortunately, the businessman has remained tight-lipped and hasn't disclosed anything about his romantic affairs. 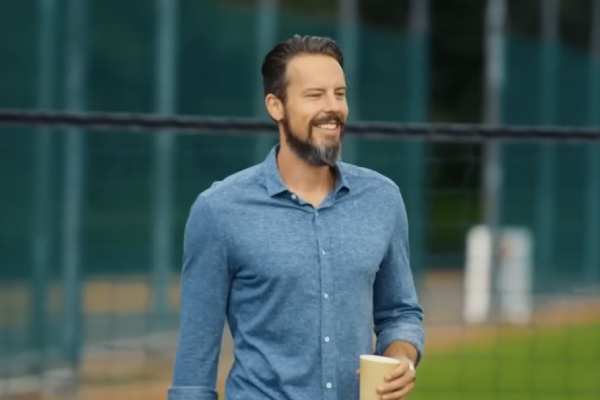 Though he has been linked with several people, Josh Kroenke hasn't revealed who his partner is. Photo Source: Social Media.

While his parents have been happily married for several decades, his sister has also welcomed daughter Izzy Silverstein with her husband, Nyck Silverstein. Likewise, Josh must be looking forward to having a long-lasting relationship. Hopefully, he will reveal his partner in the coming days.

All in all, Stan Kroenke's son appears to be doing well. Though he is involved in his family business, he has never slacked off and has given his best every time. His contribution to various professional teams under KSE is quite remarkable. Hopefully, he will continue the same momentum in the future as well.