For some, she is an heiress, some might remember her from her production works, and others might be familiar with her philanthropic efforts. Here we are talking about Whitney Ann Kroenke, who has been in the limelight since a young age. As she has been involved in multiple endeavors, people might recognize her in different ways.

Well, Ms. Kroenke first gained attention as Walmart heiress Ann Walton Kroenke's daughter. However, over the years, she has been able to create a separate identity for herself rather than being limited to her family name. Did you know she is a dancer and has also choreographed?

Want to know more, then stay with us till the end to unravel exciting facts about this multi-talented lady.

Rupa Huq Apologizes For Her 'Racist' Remark To Chancellor

Is The Granddaughter Of Bud Walton

The blond beauty was born on September 29, 1977, in Columbia, Missouri, USA. Whitney Ann Kroenke's father, Stan Kroenke, owns Kroenke Sports & Entertainment which has control over multiple sports franchises. On the other hand, Whitney's mother is one of the heiresses to the Walmart fortune alongside her sister Nancy Walton Laurie.

Whitney's maternal grandfather, Bud Walton, was the co-founder of Walmart, who launched the multinational retail corporation with his brother Sam Walton. It also makes Ms. Kroenke the grandniece of Sam. Moreover, she grew up with three siblings, Josh Kroenke, Brett Kroenke, and Katie Kroenke.

Talking about Whitney's education, she attended Northwestern University from 1995 to 1999. She earned a Bachelor of Speech in Theater from the uni.

Having grown up in an affluent family, many might have misconceptions about Whitney. But being born with a golden spoon doesn't necessarily mean one has to be money-oriented. Instead, Ann Walton Kroenke's daughter is dedicated to giving back to society and is the co-founder of Playing For Change LLC.

The Columbia native has been part of the organization since August 2001 and took on the role of Executive Director of Playing For Change Foundation in 2007. She was promoted to the president of the board of directors of the foundation in January 2017, the position she has been holding on till now.

The foundation is dedicated to creating positive change through arts education and music to underprivileged kids globally. It currently runs seventeen music programs in thirteen countries and has employed more than 200 staffs. The foundation even received the 2019 Polar Music Prize for its contribution.

Aside from philanthropy, what else is Whitney involved in? Head to the following sub-heading to find out.

The Northwestern uni graduate is a multi-talented individual who has also been involved in the entertainment sector. She has served as a producer for several documentaries, short films, and one TV special. Let's take a look at some of them, including their release dates below:

Besides, the producer has an acting credit in The Murder of Donovan Slain. She worked as a dancer, choreographer, and actress while in university. For instance, she choreographed the London production of Romeo & Juliet and the off-Broadway musical I Sing.

A producer makes an average of $56,461 in the US. Likewise, Kroenke's salary as a producer must have also been significant. Similarly, Whitney Ann Kroenke's net worth must have benefitted from her filmmaking career. On the other hand, her mother, Ann Walton Kroenke's fortune is $12 billion.

Not everyone gets to have the same type of marriage. We are talking in the sense that not all people get theirs happily after on the first try. In the case of Whitney, her first marriage ended within four years, and she has now found solace in the arms of her second partner. That guy is Nyck Silverstein, a model and personal trainer at Barry's Miami.

Not many might know that Whitney and Nyck were best friends before they began their relationship. It turned into their lifetime commitment, aka marriage, on October 4, 2019. The duo's wedding event was held in Aspen, Colorado. Both have been enjoying conjugal bliss since then.

As already mentioned, Whitney Ann Kroenke's husband is involved in the modeling world and is also a marketing development partner at Nine Banded Whiskey. He is active on social media and often shares adorable pictures with his wife. 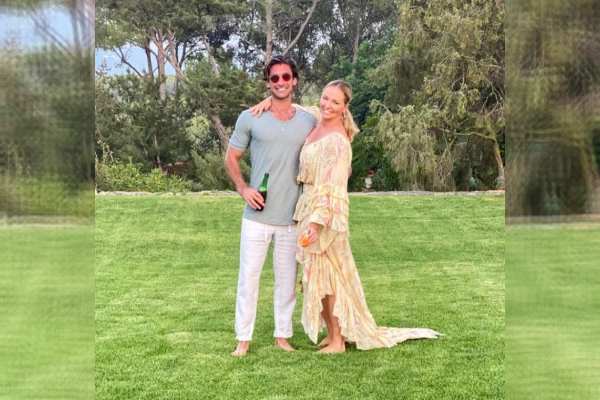 Aforementioned, Nyck is the philanthropist's second husband. Whitney Ann Kroenke's ex-husband is Ben Burditt, with whom she was married from 2006 to 2010. The former pair separated quietly with no mention of alimony, and Ben has also been staying away from the public eye since then.

Shares A Daughter With Her Second Spouse

With her loving spouse, Ann Walton Kroenke's daughter has welcomed a child named Izzy Silverstein. She is an adorable baby girl who occasionally appears on her parents' social media posts.

Unfortunately, Whitney Kroenke Silverstein's daughter's birthdate hasn't been disclosed, making it hard to learn about her age. Still, looking at her pictures, she is pretty young and has inherited her mom's looks. Whitney and her hubby must be raising their little one away from the spotlight to evade unnecessary public attention.

Overall, Whitney is devoted to giving back to society through her involvement in the Playing For Change movement and has continued to do so for over a decade now. She is beautiful from the inside out, and her humanitarian works have inspired many. We wish Mrs. Silverstein more success and prosperity moving forward.