Entrepreneur Jim Pohlad has been working in the business sector since he completed his studies. Whether serving as an accountant or an analyst making financial projections, Jim always strived towards benefiting his family business.

Since his father died in 2009, Jim has been in charge of over 30 companies based in Minneapolis. One of those firms is the Minnesota Twins, a baseball team playing in the Major League Baseball.

Under Jim's father's ownership, the Twins have won two World Series championships. As a result, the team's fans are naturally curious to know how this new management will carry the legacy.

Today we will look at Jim Pohlad's biography and learn more about his personal life.

Well, there is not much information regarding Pohlad's childhood. The entrepreneur has not spoken about his time while growing up. Nevertheless, it is a known fact that the siblings shared a deep connection with their father and resonated well with his business beliefs and norms.

As such, little Jim had learned the fundamentals of business principles and had aspired to become a successful entrepreneur from early on. He subsequently enrolled in the University of Southern California after completing high school. There, he earned a bachelor's degree in Business Administration.

After completing his course as a Certified Public Accountant, Pohlad started working at the Arthur Andersen accounting firm. He gained the necessary experience as an accountant and honed his skills.

Later on, Jim joined the family business as an analyst and began working with his father in 1979. Afterward, he worked with Marquette Financial Companies in addition to his other leadership roles. Eventually, when Carl bought the primary stake in the Minnesota Twins, Jim provided financial analysis and projections for upcoming years.

Jim continued to work in multiple sectors of the Pohlad business empire under the leadership of his father. He engaged actively in business transactions and gradually spread his influence within the family business.

However, all the ownership duties came crashing down on Jim's shoulder after his dad's death on 5th January 2009. Being the eldest son of the Pohlad family, he overtook the day-to-day operations of the Twins organization and the Pohlad family businesses.

Let's a take look at a short video where he talks about signing new pitchers in Minnesota Twins:

Aside from his business endeavors, Jim works with organizations and initiatives that promote the health and interests of children and families. He has previously supported and managed the Minneapolis Institute of Arts, the Minneapolis Foundation, Nicollet Health Services Park, and Melrose Centre.

Jim Pohlad Net Worth And Earnings

Well, it is no secret that the Pohlad brothers have inherited fortunes worth millions of dollars after the death of their father. In early 2009, Jim overtook the ownership duties of the Pohlad companies which are valued at billions.

The entrepreneur has expanded the Pohlad business over the years. As a result, people can't help but wonder about all the wealth Jim has amassed. Here, we will try to break down Jim Pohlad's net worth and provide details about his income.

Jim Got Massive Wealth From Inheritance

Along with his two brothers, Jim Pohlad is the rightful owner of the massive inheritance their father, Carl, left behind. Over the years, he has used his financial gains from his dad's legacy to earn even more money. 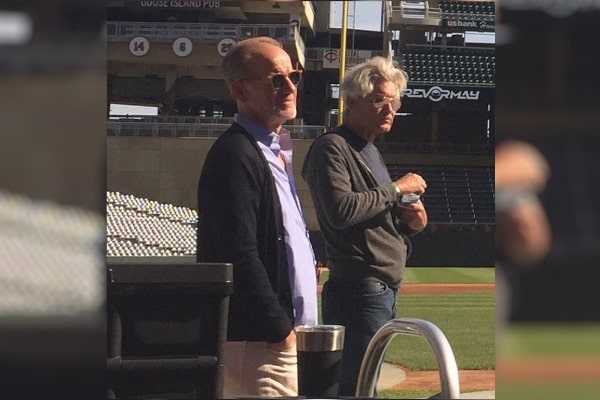 The Pohlad family's assets are valued at a whopping $3.8 billion, according to Forbes. As such, it is undeniable that Jim's net worth is enormous thanks to all the funds he inherited. In addition, he is the chairman of the Minnesota Twins team, which is estimated to be worth $1.325 billion.

Moreover, Jim Partially owns and manages a group of more than 30 diverse Minneapolis-based businesses. He is, directly and indirectly, involved in all the monetary transactions within the companies. Thus, he would like to collect a hefty sum of cash from the profits as well.

Along with Jim, other baseball team owners and executives like Bill DeWitt III, John Sherman, and Charlie Monfort, have also earned millions from their investments.

Entrepreneur Jim Pohlad is famous for his philanthropy work. He is known to spend cash worth millions on the well-being of children and families in Minneapolis.

He subsequently donates and funds many of the non-profit organizations based in his state. In 2020, Jim announced that the Pohlad family would donate a sum worth $25 million to racial justice in the Twin Cities.

A couple of hundred million dollars are likely reduced from Jim's net worth due to his philanthropic work. Nevertheless, he boasts massive wealth, and we are sure his assets will increase even more in the upcoming days.

Jim Pohlad Is Married And A Father Of Six

Jim is notorious for keeping his intimate connections away from the media limelight. Consequently, not much is known about his love life and children. Moreover, his romantic endeavors are also hidden from the public.

Well, many of the online sources do mention that Jim has been married twice in his life. Therefore it is clear that his first marriage ended in a divorce. Yet, there are no details about the marriage and the subsequent divorce. But he reportedly has three children with his ex-wife who remain anonymous. 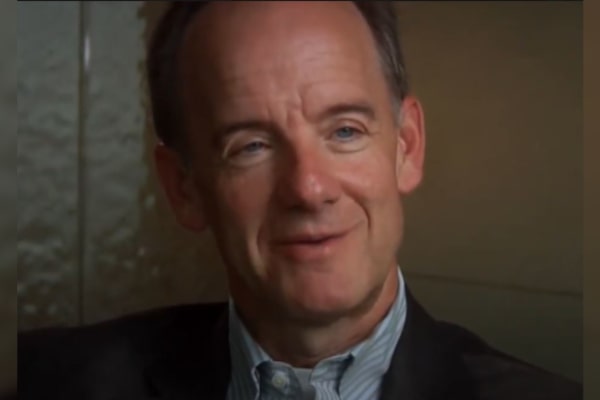 Jim Pohlad is notoriously famous for keeping his family life and children away from the media limelight. Photo Source: Social Media.

After his first split up, the businessman married again. Jim Pohlad's wife's name is Donna Pohlad, and he has three children with her. He equally treasures his sons and daughters, but not much has been revealed about the whereabouts of his beloved children. Even the names of his babies are well hidden.

There's a lot of haze surrounding Jim's married life, and not a single credible source we can trust. We hope Jim will come forward and inform us more about his wife and children.

Joe Natale, a well-known businessman, was the Chief Executive Officer (CEO) and president ...

Jonathan Milton Reinsdorf is the CEO of FroogalPay, the Managing Member of TripleShot, ...