Since the death of his father and brother, Hal Steinbrenner has served as the sole principal owner and CEO of the MLB Team New York Yankees. Photo Source: Es Más Deporte's Instagram.

American businessman Hal Steinbrenner is famed among the masses as the managing general partner and chairman of Yankee Global Enterprises, which owns the MLB team New York Yankees. In addition, the entrepreneur has often been the talk of the town for his managerial roles and decisions.

Rising from his father's shadow, Hal is determined to prove to Yankee fans that he is a competent owner and is willing to go the extra mile to make his team a World Series contender. However, Steinbrenner prefers a more calm and patient approach and is not afraid to take risks.

Today, we will look at Hal Steinbrenner's biography and discover how he is faring along the path of his business endeavors.

Here, Hal spent most of his childhood with his older brother, Hank Steinbrenner, and two sisters, Jessica Steinbrenner and Jennifer Steinbrenner. Growing up, he was more attached to his mother than his father.

In one of his interviews, Hal has mentioned that his father was always away on a business trip and rarely stayed home. Additionally, Steinbrenner went to Culver Military Academy up in Indiana when he was 14. As such, he didn't get to spend much time with his dad.

Little Hal Was A Space And Aviation Geek

From his early years, Hal was intrigued by space and aviation. He liked observing aircraft from up close and learning the mechanisms behind their flight. So, he often binge-watched shows about space and read books about airplanes. 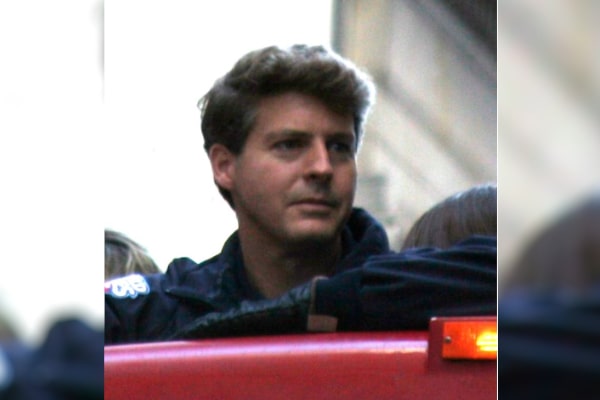 One of Hal's best memories with his father was when he flew to Cape Canaveral, which his father arranged to indulge his fascination with aviation and space flight. Yet, despite his interest, he didn't follow his ambitions. Instead, he chose to fulfill his family duty.

Hal consequently earned a Bachelor of Arts degree from Williams College in 1991. Afterward, he went to the University of Florida and got his Masters of Business Administration in 1994.

After the completion of his studies, Hal began getting involved in the Steinbrenner business. Being the youngest in the family, he worked under his older siblings to learn the tricks of the trade.

Hal eventually assumed various leadership roles across the Yankee Global Enterprise. And as his father's health weakened, Hal and Hank were gradually given daily control over the Yankees.

As a result, Hal was elected chairman of the company's board on September 28, 2007. Furthermore, he was assigned day-to-day control of the MLB team New York Yankees a year later.

Hal Was Given Sole Control Over Family Business

When their father, George, died in 2010, Hal and his older brother were given complete control of Yankee Enterprises. Together with his sibling, Steinbrenner co-managed the MLB team and other companies for about a decade.

However, Hal was devasted by the untimely death of his older brother due to prolonged illness in 2020. As a result, he was left with sole control of the Yankee enterprises and the MLB team. He works as the public figure of the team and appears in various press conferences to discuss plans to develop the unit. 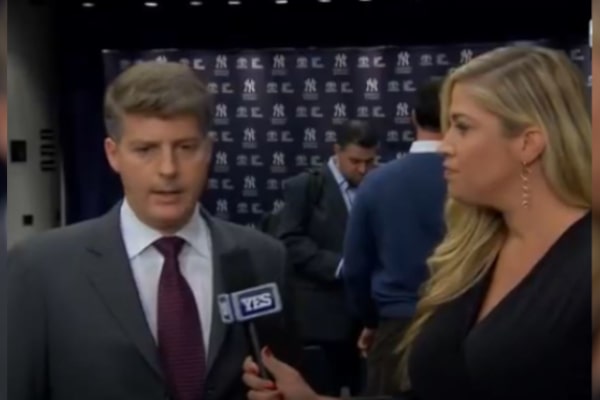 Hal Steinbrenner has been acting as the principal owner and chairman of the New York Yankees since his older brother died in 2020. Photo Source: Social Media.

The Indiana native has been the Yankees' sole principal owner and chairman since then. He owns roughly 70% of the team and significantly impacts the firm's daily work routine.

In addition, he is a board member of the Boys and Girls Club of Tampa Bay. He is also the CEO and Chairman of the Steinbrenner Hotel Properties.

Hal Steinbrenner Net Worth And Earnings

The popular businessman has amassed a sizable fortune thanks to his profits as the owner of the MLB team. Besides, earnings from Yankee Global Enterprises have also inflated Hal Steinbrenner's net worth a lot.

Whether Hal is signing a new athlete for the New York Yankees or making a deal for Yankee Global Enterprise, he makes daily transactions worth millions of dollars. Here, we will talk about his massive assets and discover his sources of income.

Hal Got Massive Wealth From Inheritance

Well, it is no secret that Hal collected most of his wealth from inheritance. As aforementioned, he started working at Yankee Enterprises after completing his studies. Thus, he must have collected a hefty sum of cash as remuneration from the company over the years. 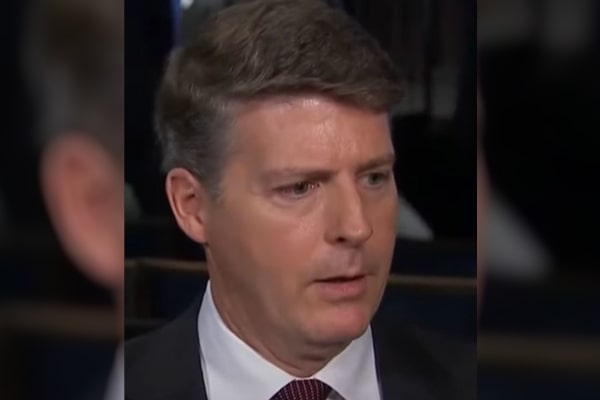 Hal Steinbrenner's net worth is undoubtedly massive thanks to his controlling share of the New York Yankees. Photo Source: Wikimedia Commons.

After the death of his father and brother, Hal has become the sole owner of a business empire founded by his father. He is the CEO of the New York Yankees, which are valued at a whopping $5.25 billion.

Moreover, Forbes has named the Yankees the most valuable baseball team for 2021. It is undeniable that Hal collects a considerable sum of revenue from ticket sales, merchandise sales, and television deals.

Similar to Hal, other MLB team owners and executives, like Jim Pohlad, John Sherman, and Richard L. Monfort, have also generated millions in revenue. And with more successful years to come, we are confident Hal Steinbrenner's net worth will rise to new heights.

Entrepreneur Hal is not the type to flaunt his intimate connections and lovers in front of the public. As such, not much is known regarding his previous relationships and dating experience.

However, it has been confirmed that the New York Yankees' owner was once married to Christina Therese Lavery. The couple initially met in the early 90s and tied the knot in 1995.

Unfortunately, things did not work out well between Hal and Lavery, and the duo's relationship began to degrade. Their marriage consequently ended with divorce in 2007. After separating from the businessman, Hal Steinbrenner's ex-wife has shied away from the media.

Moreover, it is unknown whether Hal produced any children with his former spouse during the tenure of their marriage.

Hal Turned His Blind Date Into A Wife

Two months after his split from his ex-wife, Hal was introduced to Christina DiTullio on a blind date. The duo found an instant connection and formed a strong bond. After dating for almost two years, the couple finally decided to get married in April 2009. 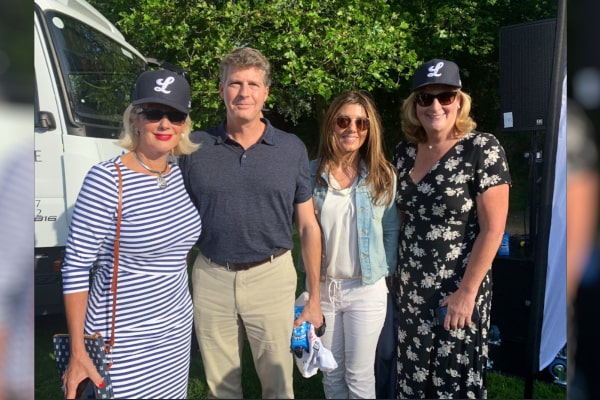 Hal Steinbrenner has been married to his lovely wife, Christina DiTullio (middle) for more than a decade. Photo Source: Marly Rivera's Twitter.

It has been more than a decade since their marriage, and Steinbrenner seems to be in a happy relationship with his wife. Yet, it is unclear whether the pair has any kids or not.

There has been no mention of Hal Steinbrenner's children in any part of the internet. Nevertheless, we wish Hal and his wife, DiTullio, would make us privy to their love life and provide deeper insights into their personal lives.