Digital cryptocurrency is gradually taking over the world with its easy, fast, and convenient trading methods. There are many cryptocurrencies in the market, and one rising virtual currency is Cardano (ADA). It is based on the proof-of-stake blockchain method and is considered a third-generation blockchain following Bitcoin and Ethereum.

Charles Hoskinson is the mastermind behind this fantastic cryptocurrency creation. He founded the blockchain software in 2015 and launched it two years later. Furthermore, the businessman is the CEO of blockchain research and development company Input Output Hong Kong (IOHK). He is one of the earlier founders of Ethereum.

But what led him to leave Ethereum and start his own cryptocurrency platform; let's find out in this biography.

The entrepreneur was born on November 5, 1987, in Hawaii, U.S.A. He comes from a family of doctors, beginning with his grandfather.

Charles Hoskinson's father and brother are also doctors and likely successful in their careers. Aside from that, the software developer hasn't revealed anything about his parents or other family members. Nonetheless, he once mentioned his mom used to live in Winterhaven in his Twitter comment. 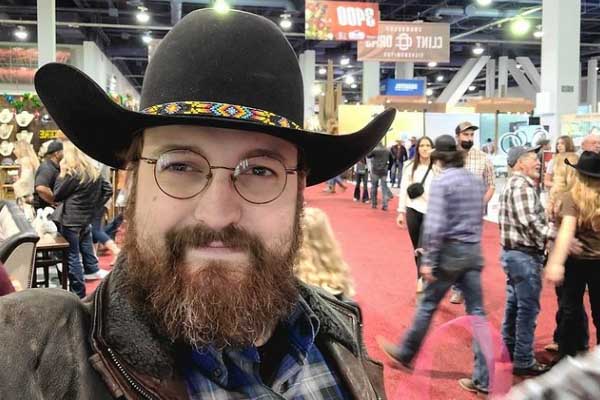 Hoskinson was homeschooled until the end of high school. He was very talented and went on to post-secondary education at fifteen. Moreover, the young guy was initially aspiring to be a surgeon. But he ultimately chose to become an entrepreneur.

The businessperson attended the Metropolitan State University of Denver and the University of Colorado Boulder. He studied number theory and mathematical logic. However, he didn't earn a degree.

Lately, a dispute has emerged online following allegations that Ethereum co-founder Charles Hoskinson may have falsified the specifics of his educational background. Although it's not a considerable controversy, there are contradictory reports about whether Hoskinson actually dropped out of a Ph.D. program with a specialty in number theory, as he claimed, or if he made it up.

Similarly, crypto journalist and host of the Unchained podcast Laura Shin suggested on her book and social media sites that Hoskinson never enrolled for a Ph.D. or finished an undergraduate degree. Moreover, Shin claimed that both colleges stated that the founder of Cardano attended as an undergraduate student but did not graduate from either.

Charles Hoskinson Net Worth And Career

The Cardano founder was initially involved in a consulting firm. But he left his job to begin the Bitcoin Education Project in 2013. Moreover, he became entirely devoted to crypto and has never looked back since. So, Charles Hoskinson's net worth mainly comprises his earnings from his cryptocurrency ventures.

The businessman was introduced to the ethereum by the Ethereum co-founder Anthony Di Iorio. He met with the leading man behind the software, Vitalik Buterin, attended the early meetings, and immediately jumped in the project.

Hoskinson helped design Ethereum's ICO and became the CEO. However, a dispute about whether the project should be commercial or non-profit arose between him and Buterin. In the aftermath, Charles' for-profit approach was rejected by Buterin, leading to his departure from the team.

The former Ethereum's ICO CEO then teamed with former Ethereum colleague Jeremy Wood and founded IOHK. The firm's major project was Cardano which hosts the ADA cryptocurrency. Moreover, it runs counter to the blockchain's principles and challenges Bitcoin and Ethereum. 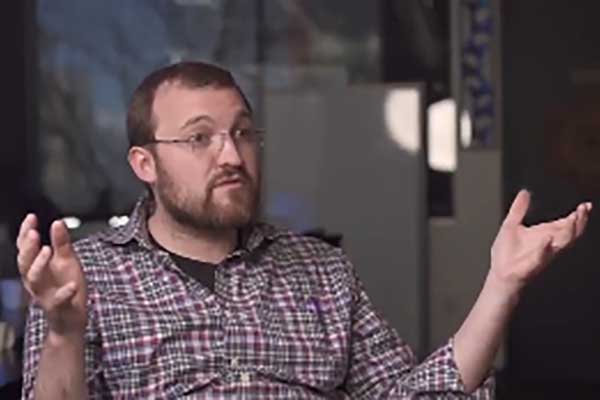 Charles' earnings must have also increased alongside ADA's value in the market. Moreover, as the CEO of IOHK, his salary must bring thousands of dollars monthly.

According to Entrepreneur, Charles Hoskinson's net worth is estimated at $600 million. Other sources like Forbes and Cointelegraph also note his fortune in the $500 - $600 million range. Nonetheless, he has achieved massive financial success.

Another person who was previously involved in Ethereum is the Ethereum Cat Herders co-founder, Hudson Jameson.

The IOHK co-founder has taken the approach of sharing his expertise via social media. He is active on all social media platforms, including YouTube. Moreover, his channel has 301K subscribers and more than thirteen million total video views.

The businessman often shares his opinions and knowledge regarding blockchain and anything else related. He also interacts with his viewers and occasionally does surprise live sessions. Let's take a look at one of his content below.

Does Charles Hoskinson Have A Partner?

The Cardano founder has achieved massive success in terms of career. But what about his personal life; has he found his perfect other half? Or does he have any children?

Well, the entrepreneur has remained silent regarding his private affairs. He hasn't revealed whether he is seeing someone or is already a married man. So, Charles Hoskinson's wife or partner has remained a mystery in the media.

Nonetheless, Charles seems pretty close with his friend Maria Jones, founder of The Third Millenium Woman. The latter has established herself as a leading pioneer in women empowerment. In addition, she has also been featured in Entrepreneur, L'Officiel, Yahoo! Finance, Glamour, etc. 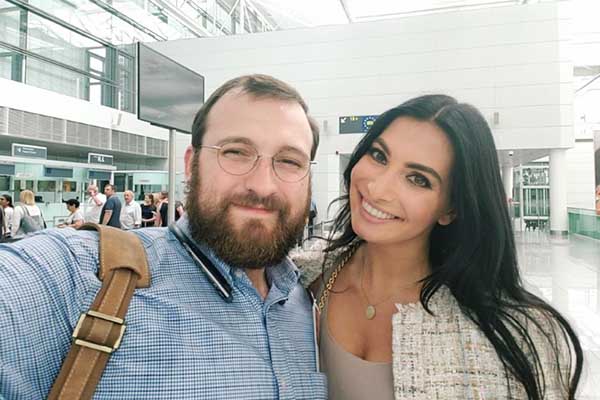 Hoskinson and Jones seem to be on good terms and often pose together on social media. Both also leave comments on each other's Twitter posts. And on one of such posts, fans have commented true love and other sweet comments.

However, the friends haven't confirmed whether they are dating or in a relationship. It might only be a fans' shipping or assumption. So, it is unsure if Maria Jones is truly Charles Hoskinson's girlfriend.

Whatever the case, we wish Hoskinson success and prosperity in his career and personal life in the future.