In the world of digital cryptocurrency, Ethereum is rapidly growing and slowly taking over Bitcoin. People from all around the globe choose it due to its convenient and easy trading nature. Moreover, the blockchain-based software's current status cites the help of many employees. And one individual from that bunch is Hudson Jameson.

Jameson began working at Ethereum Foundation as a developer liaison in 2016. He helped the company develop methods to improve blockchain and build Ethereum 2.0. Furthermore, the social personality is involved in other decentralized software firms. He has also founded his own company, Hudsworth Consulting.

So, let's learn more about this cryptocurrency expert in this biography.

The businessman was born on September 24, 1991, in the United States of America. He hasn't opened up much about his hometown or where he grew up.

Likewise, the Ethereum enthusiast seems to want to keep his family away from the media. So, Hudson Jameson's father and mother have never made any public appearance. He has also not mentioned whether he has any siblings. 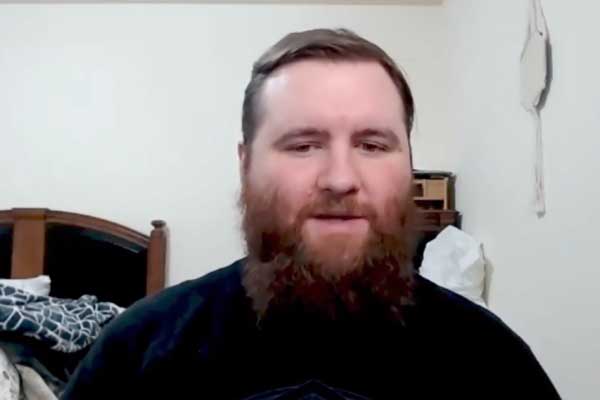 Hudson Jameson hasn't opened about his parents or whether he has any siblings. Photo Source: Social Media.

Nonetheless, Jameson's parents and other family members must support his career choice.

The developer liaison likely completed his formal education in his hometown. He later joined the University of North Texas, where he majored in computer science. Eventually, he got his Bachelor of Science degree in 2014.

Hudson Jameson Net Worth And Career

The software developer learned about Bitcoin in his first year of university in 2011. He was in a Libertarian phase and immediately jumped in the idea of getting money that's not from the Federal Reserve.

Since then, he has entirely focused on expanding his knowledge regarding blockchain and digital cryptocurrency. So, Hudson Jameson's net worth mainly comprises his earnings from his blockchain-related jobs.

After graduating, Hudson joined the financial services company USAA in 2014. He was initially involved in internal hackathons and theory. Later he bugged the firm about blockchain, and his expertise led him to be a lead blockchain developer in 2015 and 2016.

The developer heard about Ethereum from the beginning of its launch in 2015. He left his job and became DevOps and security engineer at Ethereum Foundation. Moreover, during his joining, one Eth was worth under $20, and its value is $3,717.54 as of December 30, 2021. 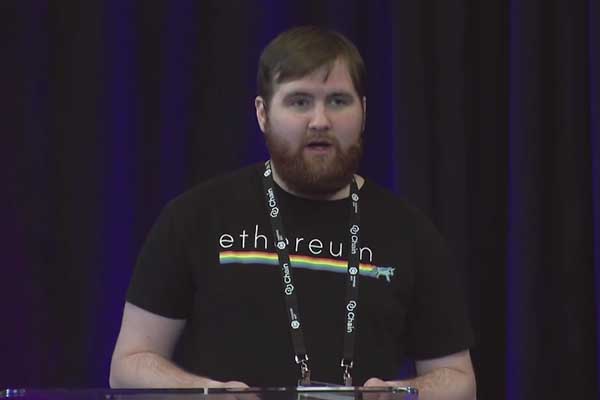 Still, the former Ethereum employee is involved as a co-founder of Ethereum Cat Herders. It serves as the blockchain's support desk.

Aside from that, Hudson is the CEO of Hudsworth Consulting. He provides advice on the blockchain, distributed systems, smart contract systems, etc., to his clients. In addition, he performs various roles on Flashbots.

Hence, Hudson Jameson's net worth must be massive from his company and other blockchain ventures. Another individual renowned for his contribution to Ethereum is its co-founder Taylor Gerring.

The blockchain enthusiast has become a familiar name in the cryptocurrency world. His contributions and works in Ethereum Foundation have made him an inspiration to many people. His increasing fans are also curious about his personal affairs, like whether he is married or single.

Well, the software developer is married to his long-term partner Laura Jameson. He often expresses his gratitude and appreciation for his spouse's support in his life.

The Ethereum Cat Herders co-founder suffers from anxiety, OCD, depression, and bipolar II disorder. He was first diagnosed with depression in his college years. Hudson Jameson's wife, Laura Jameson, has been by his side from the beginning of his mental illness diagnosis. She also talks with him about his sickness and the constantly arising negative thoughts. 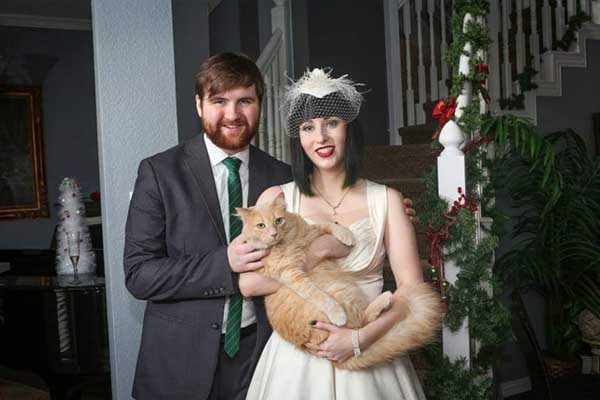 The duo doesn't have any children as of December 2021. But both are parents to their three adorable cats. Furthermore, the lovebirds constantly share pictures of their family celebrations and travel on social media.

Despite suffering from several mental illnesses, Hudson is wholeheartedly dedicated to his work. He is still working actively on developing blockchain and ethereum. Hopefully, we will continue to see him shining in the digital cryptocurrency industry in the future.