Wellington Dias is a Brazilian jiu-jitsu practitioner who has been involved in the field of combat for over two decades. Image Source: Wellington Dias Instagram.

Mixed martial arts is more than a fighting sport; it is a home for ambitious fighters to make a name and living for themselves. Despite how harsh it can be, the sport has its rewards. As a result, many people are battling to succeed in the MMA arena.

Wellington Dias, most commonly known as 'Megaton' in the Jiu-Jitsu community, is a renowned fighter who has fought for riches, scraps, name, and glory since beginning his career. He is a BJJ and a Judo black belt renowned for a competitive drive which has placed him at the top of his game for two decades. Here's a short biography dedicated to the fighter.

His Mother Has Left Him Behind

The fearless fighter was born Wellington Leal Dias Santos on October 2, 1967, in Rio de Janeiro, Brazil. He was welcomed into this world by his mother, Vanda Ferreira Leal, and his father. Fierce at the ring and a softie by heart, Megaton is a family guy who is extremely close to his mom and dad.

Unfortunately, Wellington Dias' mama passed away on April 2019. Paying tribute to his late mother, Dias mentioned that she was his life coach, lap of weak moments, and most significant support system.

Besides, the sports personality grew up alongside his sister. Wellington was passionate about fighting from an early age which led him to train in Judo at a young age under Judo black belt Rogerio Camoes. He also knew Royler Gracie; they grew up in the same neighborhood. Gracie cross-trained at the Rogerio Camoes' academy in Judo and invited him to train Jiu Jitsu at the academy.

Additionally, Wellington Dias started training in Gracie Humaitá with some of the best BJJ practitioners in the world with the support and encouragement of his masters. When he was 18 years old, in 1985, Royler finally handed him his black belt.

Speaking of the Rio de Janeiro native's educational background, it is yet to discover which university or college he attended. As a result, in which faculty Dias was enrolled is also unknown.

Wellington Dias Net Worth And Career

Since the sports personality has been professionally involved in combat sports for decades, both as a fighter and instructor, we can expect Wellington Dias' net worth to be massive. Additionally, the average annual salary for a Brazilian jiu-jitsu instructor is $34,000. Hence, he must be earning considerably.

His Wife Is A Former Jiu-Jitsu Fighter

Although Wellington is originally from Brazil, he arrived in the USA to attend a tournament in Colorado a few years earlier. While spending time in Colorado, he met Luciana Tavares Dias, the woman that became his wife.

The two have been together for several years, and they don't just share hearts, but also share the same professional background. Wellington Dias' wife is a Brazilian jiu-Jitsu black belt under him and Royler Gracie. Furthermore, Luciana also holds high-level titles and three victories-two by submission over iconic seven-time world champion Gabrielle Garcia.

His Daughter Is A Brave UFC Fighter

It's not a new thing to hear children following in their parent's footsteps. Similarly, Wellington Dias' daughter has also followed in his footsteps, and what's more, she is equally or even better than him at fighting. The Rio de Janeiro native is the loving and supportive father of the renowned MMA fighter, Mackenzie Dern. With her arrival, he had the privilege of becoming a parent with his former partner for the first time on March 24, 1993.

Wellington and his wife, Luciana, used to train his daughter ever since she was a child. Of the many outstanding students under his training, the one that perhaps makes him the proudest would be his daughter, Mackenzie. She is a fierce competitor, just like her dad, with an extensive list of medals in the UFC women's division. Besides, Wellington is also a loving grandfather of Moa Dern Santos. 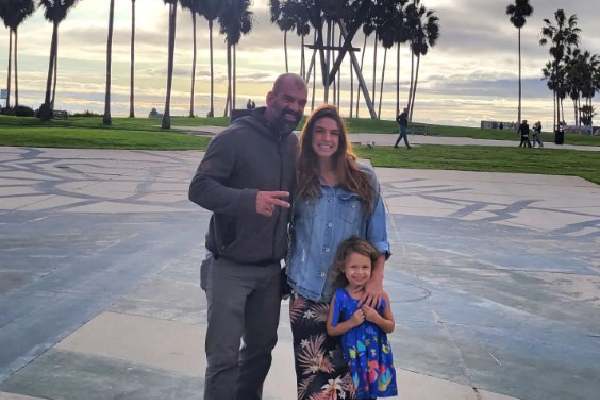 To conclude, Wellington 'Megaton' Dias is a true legend of the MMA field who has invested his blood, sweat, and tears in this arena. A devoted partner, a loving father, and a cool grandpa, there is much to take inspiration from this fighting figure.