There's no shortage of attractive and vigorous women in MMA. The list of such names keeps on adding, and one of the names that fit this genre is Aleksandra Albu, who represents Russia. She is a beauty in the MMA field who has wooed the fans with her tenacity and fighting skills.

If you are a curious fan keen to learn everything related to the fighter, stick with us until the end. Here, we will talk about Alexandra Albu's net worth, career, and relationships.

The former UFC fighter was born on July 14, 1990, in Vulcănești, Moldova. Miss Albu initially started by competing in Karate, CrossFit, and bodybuilding competitions, not knowing she would be one of the fighters representing UFC in the future. Though she was born in Moldova, the lady fighter officially represents Russia.

The information regarding the ex-UFC fighter's high school or education is unobtainable. Similarly, Aleksandra Albu's parents have stayed away from the media, and much about them has yet to be revealed. Hence, Albu's private life is kept under wraps, and she seems enigmatic and only shares what she sees fit.

Aleksandra Albu Net Worth And Career

In the fighting industry, the Russian MMA fighter has earned a significant amount of money from the matches she competed in. Albu has officially been in the field of combat sports since 2013 and has proved her strength and fighting skills in each fight. Unfortunately, there is no accurate telling of her factual financial status, but there are tidbits of her earning information here and there.

In 2015, Aleksandra made her Ultimate Fighting Championship debut against another newcomer Izabela Badurek. Earlier, the Moldovan native was supposed to make her promotional debut against Julie Kedzie but was forced to pull out due to a knee injury. So, Bethe Correia replaced her for the match.

After her bout with Izabela, the lady fighter took another 2-year hiatus before returning to UFC for a match against Kailin Curran in 2017. She made a good comeback by winning the bout via unanimous decision. It must have felt nice to taste the victory after such a long break.

The mixed martial artist was scheduled for another fight on 17 February 2019 against former UFC fighter Emily Whitmire. Unfortunately, she lost the match via rear naked choke in the first round.

Furthermore, the lady fighter is affiliated with MMA-KEGI, a Mixed Martial Arts Gym based in Moscow, Russia. Her last bout was in 2019 against Loma Lookboonmee. After recording a 2-2 UFC record, she parted ways with the promotion in 2021. Nevertheless, while competing in UFC, she earned fame and made a good income. According to Tapology, the Russian fighter's career-disclosed earnings is $32,000.

Now, let's look at the table below, which shows Albu's prize money from some of her UFC fights.

There is no accurate telling of how much Aleksandra Albu's net worth is. Still, looking at the fights she has competed in, she has cashed thousands of dollars in prize money. Also, as per her IG bio, she is a personal trainer, which must be how she is making her living.

Is She Dating Someone?

Despite being very active on social media, the former UFC star knows how to keep things private. Looking at her social media posts, we can see a lot of things happening around her but seldom has she revealed her private affairs, whether related to her dating or family life. She primarily shares her workout routine along with her daily highlights on her Instagram. As a result, very little is known about the fighter's personal life.

While there is much information available regarding her career, Albu's love life is kept under the radar. She has never publicly revealed about her relationships or partner. Hence, as of now, there has yet to be any revelation of who Aleksandra Albu's boyfriend is. Who knows, she might even be enjoying a single life at the moment. 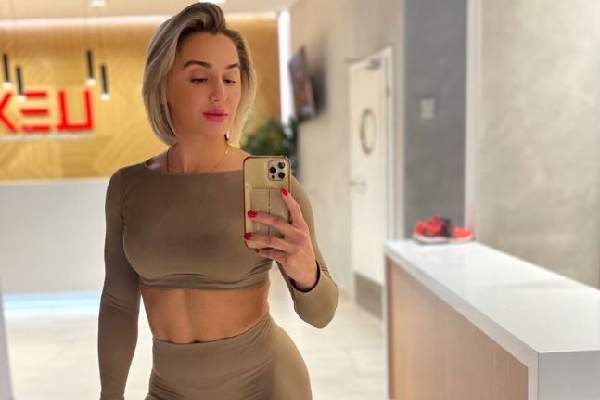 It has been almost three years since we saw Alexandra brawl in the Octagon, and many fans are waiting for her return to the ring. Albu is a rising MMA fighter with a lot of potential, and we are eager to see them unfold. Hopefully, she might make her comeback in the fighting sector soon.