Apart from Jack Daniels, Tennessee is also famous for Jenny Savage, the first female bare-knuckle boxer out of Tennessee. Savage is one true fighter, on and off the ring. She also actively advocates for mental health and uses her platform to raise awareness.

If you are curious and want to learn all the important details about the fighter's life, net worth, career, and relationships, then keep reading until the end. This article will unveil everything related to Jenny Savage's life.

Jennifer Clausius, aka Jenny Savage, was born on April 10, 1993. Clausius lived a troubled life when she was young, and just like many others, she, too, found solace in combat sports. In an interview with NewsChannel5, Jenny revealed that she got the name Savage from the Macho Man Randy Savage because it's cool.

Jennifer started her amateur career in MMA back in December 2014. She won her first match against Kaitlynn Perkins by Rear Naked Choke. Jenny's amateur fighting record is 8-5-0. She began her professional career in 2018, and her record is 3-4-0. After MMA, Savage decided to try her hands at Bare Knuckle Fighting Championship. Her first BKFC debut match took place on December 11, 2020, which she won against Sheena Brandenburg.

In combat sports, it's not always a professional fight; sometimes, the grudges are held outside and paid back inside the ring. Such was the case between Savage and Britain Hart. Prior to the fight, the lady fighters were seen arguing on social media. Jenny talked about how Hart has been a complete bully and made fun of her height. Due to their pre-match spat, the fight between them was much anticipated. Unfortunately, Savage lost the bout against Hart.

The Tennessee native bounced back with a win against Delaney Bailey. Her most recent match was against Veronika Dmitriyeva, which was held on September 10, 2022. She won the bout, making her BKFC record 3-1-0. Savage, indeed is becoming savage in BKFC's strawweight division.

Another fierce fighter whose life story is quite an inspiration is Paige VanZant.

Is Also A Mother

If you think being a fighter is hard, then think again. Being a mother and, on top of that, being a single mom is quite a challenge. Jenny is the mama of her 12-year-old son Cayden Beukeman, whom she shares with her late husband. Clausius was married to Richard Beukeman, but unfortunately, he took his own life in 2020.

This is why Jenny is seen voicing about mental health and its importance. Losing your loved ones to such a tragedy must be a heart-wrenching experience. But with a true fighter spirit, Jenny keeps going.

Jennifer also believes that fighting is a metaphor for life and that nothing hits harder than life itself. She continually talks about mental health and voices that it should be talked about more and should be taken more seriously.

The lady fighter has said numerous times that she fights for her babyboy. The mother-son duo can be seen training in boxing occasionally. Clausius aims to be an ideal figure for her son as the first and second parent.

After the sudden death of her husband, Jenny revealed that her son, too, battled depression. Jenny Savage's son started to train at Clarksville's American Pride, and he rejoices in sharing the same passion for fighting as his mother. The lady fighter is doing all she can as a mother and a fighter, trying to instill a good upbringing in her son. We send her good wishes and strength.

People intend to keep their income up to themselves and rarely let it known to others. When it comes to boxers and fighters, it is even harder to find their total career earnings. The main reason is that most of them rely not only on the matches they play but also have other undisclosed sources of income. Jenny Savage has been playing professionally since 2018. She has appeared in many matches, making her a known personality in the MMA and BKFC, and has bagged a notable amount of money.

Savage's payment for her matches has not been disclosed, but since she has been fighting for some time now, we can assume Jenny Savage's net worth to be a significant amount. Also, she has her merches available, which could add to her income.

Is Savage Seeing Anyone?

After the death of her husband in 2020, Jenny was left heartbroken and alone. Of course, we cannot shield ourselves from the pain life throws, but it sure becomes bearable with someone by our side. Jenny is lucky to have found a companion again. From her social media, we know that the lady fighter is romantically linked with another Pro-Wrestler, Adrian Thomas. 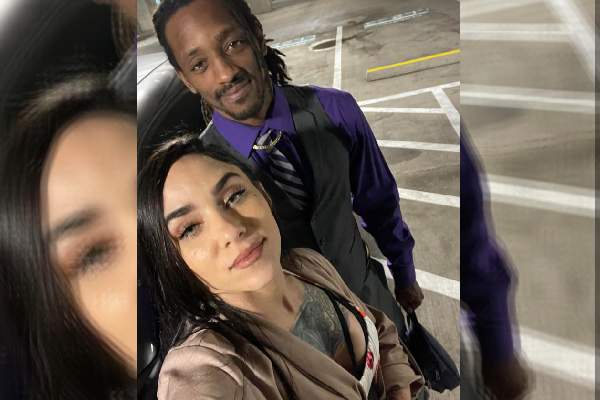 Clausius can be seen supporting her man in his matches and can be seen together with her son. Everything is going well in the fighter's life, and we hope it remains the same. We wish the fighter all the best for her future and await her next BKFC date.