Ezatullah Kakar's story is not an ordinary story you would ever come across to. His story has pain, suffering, loss, growth, and a strong comeback. He is the first Pakistani ever to participate in the BKFC who had spent more than four years in detention on Manus Island. Ezatullah has been battling for himself and the other inmates who were sent to Nauru under Australia's offshore processing system, as well as for the other refugees and asylum seekers on Manus Island.

Definitely, Ezatullah's journey from being detained by the Australian government to slowly making an impact in the MMA world has surely not been easy. However, Mr. Kakar is working hard to shine a light without politics involved. Hence, wouldn't it be interesting to learn more about his professional career and personal life in the following article?

Fighting Was His Childhood Dream

The young fighter was welcomed into this world by his parents in January 1993, in Abdul Rahmanzai, Balochistan, Pakistan. As per one of his interviews, he comes from a big family and has ten brothers. Ever since he was a child, he dreamt of creating an impact in the fighting world.

As such, the young guy received training at the Fighter Sports Academy and soon established himself as a renowned kickboxer across the province. Unfortunately, Ezatullah didn't receive much support from the government and was even expelled from the Pakistani squad because he was a Pashtoon and refused to join some terrorist organizations. In sports, the athlete had gone unnoticed for the past ten years. In addition, Kakar suffered for eight years while being held captive by the Australian government, but he never gave up on his dream of becoming a fighter.

Besides, the sportsman hasn't been upright regarding his educational background. Hopefully, in the future, we will get to hear more about his early life, family, and education.

Known For His Fighting Career

Before going into detail about Ezatullah's accomplishments, let's recap how he first began his profession. His early professional career and amateur battles are not well recognized, and he switched to the professional ranks in 2019. Kakar has been determined and headstrong ever since, and nothing seems to be able to bring him down.

The majority of people also appreciate and respect him for his persistent spirit of resistance and never giving up attitude. Kakar is currently doing great in BKFC and is creating a sensation. Now, let's read more in the following subheading about Ezatullah's professional background.

Ezatullah Kakar Net Worth And Career

Kakar didn't have a beautiful beginning as he lost his sporting career after spending 8 years in a detention center. His discomfort stems from AusGovt's media exposure of him as a criminal. They could now see that he was not a criminal, but instead, he was imprisoned in a criminal's cage.

The Pakistani fighter made his professional MMA debut on March 31, 2019. The athlete didn't have a great start during his first professional fight, losing against his opponent Khan Usama at Hosharafu FC 31. Fortunately, at the end of the year, in his second match, he made a strong comeback by defeating his opponent Mark Gatmaitan at UGB 33.

Talking about his pro-MMA record, as per Tapology, Ezatullah holds a record of 1-1-0. Later, the sportsman moved to BKFC in April 2021 and competed against Chris Sarro at the BKFC 17: Tate vs. Burns. It is safe to say that Kakar's BKFC journey started with a bang as he won his debut match. Moreover, his BKFC record is 1-0-0 as of September 2022.

In a similar vein, according to sportskeeda, for a low-end BKFC bout, a fighter was paid $2,500 as of 2020. However, many well-known BKFC competitors claimed to have made substantially more money. Kakar, on the other hand, revealed that he received $1,400 for his first victory in the promotion. As he is new in the field, his pay is supposed to rise in the coming years.

Nonetheless, the athlete has yet to establish his professional career and make a remarkable impact in the MMA world; hence, Ezatullah Kakar's net worth hasn't been a topic of discussion amongst many people. Hopefully, he is earning well and making the most out of it.

Taking You Through Ezatullah's Relationship Status

Kakar's journey hasn't been easy, as mentioned earlier. Hence, being open regarding his love life and getting distracted from his dreams doesn't seem accurate at the moment for him. Maybe in recent days, the BKFC competitor's priority is all about his profession and his goals to make his country a better place to live in.

He has grown up in a war zone; hence, he wants peace in his area, Killa Abdullah, Pakistan. He believes his people are still in darkness; therefore, he is trying to shine a light without politics involved. Consequently, it is understandable why he has kept his personal life a secret.

Besides, Ezatullah has kept his relationships wholly hidden from the public's view. Moreover, he doesn't appear to have ever or currently been linked to anyone else. Also, through his Instagram, the fighter posts more about his career and friends and seems to be focused on winning more BKFC matches in the future. 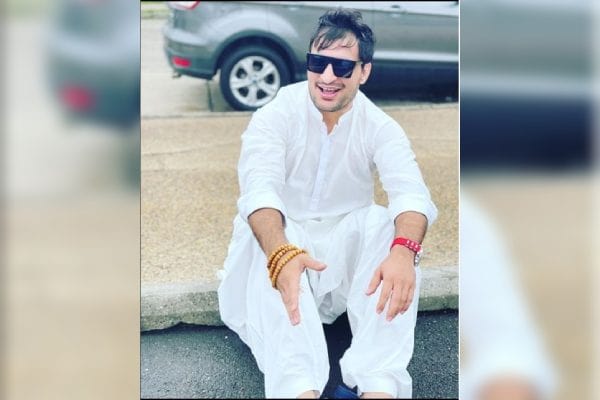 Is it likely that Ezatullah is now completely focused on his personal growth and motives? Nevertheless, the athlete must be happy with his decision to keep his personal life under cover. It could be that he lives a happy life with his close ones. Likewise, the Balochistan native once revealed that he doesn't have any children. Hopefully, we will be familiar with Ezatullah Kakar's wife/partner in the coming days.

In essence, we hope his mission of 'To make a world a better place to live in' will come true soon. May Ezatullah receive the strength and willpower to achieve everything he has ever dreamt of.