Uly Diaz is a professional BKFC fighter who has competed in many bouts. Image Source: Uly Diaz Instagram.

Without taking risks and challenging yourself, one can't achieve the most incredible heights of success. Likewise, Ulysses Diaz, also known as 'Uly Diaz,' is a name that fears nothing and believes in taking risks. He is a renowned BKFC fighter who made his professional MMA debut in November 2018.

Besides, Uly is currently ranked 3rd in the Light Heavyweight and 4th in the Middleweight division in the promotion. Since he is known for his never giving up attitude and courageous fighting spirit, many MMA fans are also intrigued to know what else Diaz has to offer and what goes on in his personal life.

Hence, this article we are bringing to you covers all the essential details regarding Uly Diaz's love life and professional career.

His Parents Have Divorced

The prolific BKFC fighter was welcomed into this world by his mother, Mercedes Deborah Reyes, and his father on March 14, 1981, in Cuba. Uly Diaz's father works as a journalist for a newspaper in the European country of Spain. The sportsman had no contact with his biological dad for about five years because of his messed up past life, including a two-year prison sentence.

Moreover, Ulysses' parents have already divorced, and his mom has remarried to a man named Jose. The mother-son duo is very close to each other, and they share a tight-knit bond. 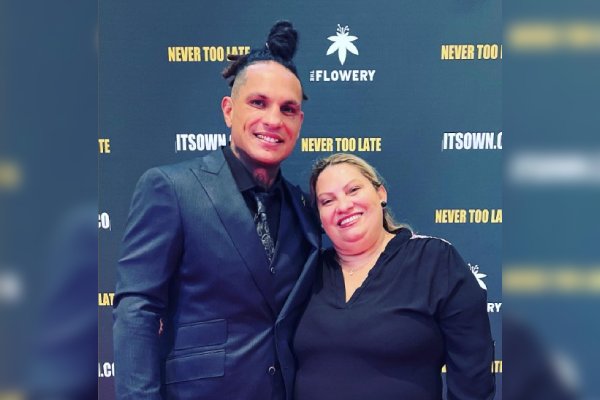 In addition, Uly found his home in the bare-knuckle, which he mentions is his roots. When he was a kid, he used to get in tons of troubles due to fighting, and as a young adult, he was sent to prison for fighting bare knuckle on the street.

Talking about his educational background, the sportsperson spent time at a few high schools in Miami; later, he earned a high school diploma. He turned his life around after spending some time in jail. Due to fighting, he was sentenced to two and a half years in prison.

The fighting personality created combat sports history at the Bare Knuckle Fighting Championship 14 in 2020, when he defeated Donelei Benedetto with a single punch three seconds into the fight. It was also recorded as the fastest knockout in the history of combat sports.

Moreover, the time was initially recorded in the record books at 5-seconds. It was then re-evaluated and adjusted, placing Diaz's bare-knuckle fighting victory at the top of the list for fastest knockout finishes across all combat sports.

Moreover, not much is known about the Cuban-American MMA artist's early career or amateur fights. He turned professional in the mid-2010s and since then, Uly has been focused and strong-headed, and nothing seems to stop him from setting new records.

Similarly, most people also appreciate and revere Diaz's unwavering spirit of resistance and never giving up attitude. The fighter is currently doing great in BKFC and is rocking the stage. Now, let's learn more about Diaz's professional background in the following subheading.

Uly Diaz Net Worth And Career

The Cuba native made his professional MMA debut on November 30, 2018. The athlete had a great start during his first professional fight, winning against his opponent Fabian Valdez at All-Star Boxing. Unfortunately, he suffered his first loss during the next match against Gilberto Rubio at Espinoza vs. Nunez in March 2019. The same year, Uly made a strong comeback by winning against Mike Sawyer at Cuevas vs. Beltran.

Talking about his pro MMA record, as per Tapology, Diaz holds a record of 13-1-0. Later, Ulysses switched to BKFC in February 2020 and has competed in five matches and won three. Hence, his BKFC record is 3-2-0 as of September 2022.

Now, let's take a look at against whom Diaz won in BKFC:

Alongside three wins, the athlete has also suffered two losses in the promotion. The two battles Uly lost were against his opponent Franceso Ricchi on June 24, 2022, and against Thiago Alves on June 26, 2021. Moreover, his upcoming fight is scheduled on September 23rd against Quintell Thompson at Friday Night Fights.

Similarly, according to sportskeeda, for a low-end BKFC match, a fighter was paid $2,500 as of 2020. Still, many of the well-known BKFC competitors explained to have received significantly more pay. Keeping in mind how the sportsman ranks among the top fighters in the promotion, Uly Diaz's salary must be considerable.

In addition, Diaz also hosts the Don't Blink podcast. Viewers can also listen to his podcasts on ItsOwn YouTube channel. Nonetheless, given his remarkable fighting career, brand endorsements, and numerous victories, we can infer that Uly Diaz's net worth is a considerable sum. Hopefully, he is making the most out of his well-deserved fortune.

Is In An Endearing Relationship

Uly is a committed and courageous fighter. Although he already has a booming professional career, many well-wishers are interested in learning more about his romantic relationships. Well, we can say that Diaz is eternally blessed because he is in a happy relationship with his fiancée, Ashley Mae Sebera aka Dana Brooke.

The lovebirds got engaged in July 2021; Uly proposed to his partner with a beautiful ring. The pair started dating in December 2019 and have been together ever since. Also, going through their Instagram posts, they look like a strong and influential power couple. 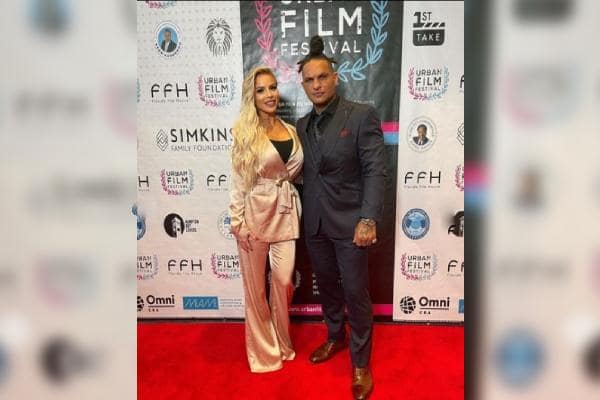 For many wrestling fans, Uly Diaz's soon-to-be wife is not a new name. Brooke is an American professional wrestler, gymnast, bodybuilder, model, and fitness competitor. She is mainly known as a WWE superstar and is currently the 24/7 champion. In addition, the athlete's partner performs on WWE Raw as of now.

Unfortunately, Sebera was injured in a non-fatal car accident in June 2022. She had to miss her WWE wrestling matches because of the accident. Later, Uly Diaz's partner admitted that although the vehicle accident was 'terrible,' she would bounce back swiftly.

Nevertheless, the duo's relationship looks powerful and thriving. We hope they have been looking after one another, and we look forward to hearing about their impending wedding.

A Loving And Selfless Father

While many people are aware of the mixed martial artist's professional career, several don't know that he is a loving and kind father of his only son Uly Diaz Jr. The little guy was born in March 2013. Likewise, the name of Uly Diaz's baby mama is Tirza Diaz, an award-winning Cannabis chef.

Likewise, Uly Diaz's son has his own Instagram profile, where we can view his adorable posts and life updates. He shares a tight-knit bond with both his mother and father. In addition, Diaz Jr. is very young and growing; hence it is too early to talk about his professional career.

Nonetheless, the athlete is raising his kid with unconditional love, compassion, and care, and the little guy surely must be proud looking at his achievements. We can't wait to see what Diaz's son has to bring to the world in the future.

All in all, the Miami native is a wonderful father and devoted partner, apart from being an amazing fighter. His impressive MMA resume has made him a role model to several young fighters around the globe. We wish Uly the best of luck in his future matches and hope he succeeds in everything he keeps his hands on.