There are several people who are working hard to get their names and identities known all around the world in the MMA field. While some have achieved enormous popularity on the battlefield, others are still relatively unknown to the general public. Similarly, in today's article, we will discover about Isaac Doolittle, a prolific BKFC fighter who made his professional MMA debut in July 2018.

Besides, Doolittle is currently ranked 2nd in the Light Heavyweight division. As he is a lesser-known figure in the MMA community, many people are curious to learn about his life story. As a result, here is a collection of information regarding the BKFC fighter's professional and personal life.

Acknowledged For His Fighting Career

Before discussing about the BKFC fighter's accomplishments, let's go back to his beginnings. Initially, he began participating in amateur fights in the local area. Isaac's first fight was against Jimmy Hubbard at Kansas Regional, which he won on June 10, 2011. Later during Victory FC 46 event on July 25, 2015, he won another match against Zach Hughes.

After that, Doolittle won around five matches and lost three fights before turning professional in 2018. Moreover, the Kansas native is now gaining more fame for his participation in BKFC. His BKFC debut was against Brandon Johnson on October 10, 2020. He won the match by majority decision.

Likewise, Isaac has remained undefeated in BKFC as of now. His back-to-back victories have landed him in the main event in the promotion in October 2022. Now, let's reveal more about Isaac Doolittle's professional career in the following subheading.

Isaac Doolittle Net Worth And Career

The American fighter compiled an amateur record of 7-3-0 and made his professional MMA debut in July 2018. During his first professional fight, the athlete lost against his opponent Zach Long at KC Fighting Alliance 29 on July 28. He made a strong comeback at Shamrock FC 310, where he defeated Devon Webber.

His other MMA victories were over John McAllister, Jared Warren, Jay Jackson, and others. Talking about his pro-MMA record, as per Tapology, he holds a record of 1-2-0. Later, Doolittle switched to BKFC in 2020 and has participated in three events and won all of them. Hence, his BKFC record is 3-0-0 as of September 2022.

Now, let's take a look at against whom Isaac won in BKFC:

Moreover, a fighter is paid $2,500 for a low-end BKFC match, according to sportskeeda as of 2020. However, many of the Bare Knuckle Fighting Championship's well-known contenders state that they received considerably more pay. Considering how he ranks among the top fighters in the promotion, Isaac Doolittle's salary must be notable.

In addition, Isaac has also collaborated with several brands, such as Become Stronger, Sabanul, and Jekyll & Hyde Soap Co., to name a few. Nonetheless, with an incredible fighting career, several wins, and brand endorsements, we can conclude that Isaac Doolittle's net worth is a significant amount. We hope he is making the best out of his well-deserved fortune.

Also, as per his LinkedIn account, the K-State alumnus is the CEO of Venandi Bead Co and a roofer at Danker Roofing Inc. His entrepreneurial project and job must also add to his earnings.

His Lover Is A BK Boxer

Having a supportive partner who motivates and pushes you in every step of your life makes your hardships and problems a little less complicated. Well, we can say that Isaac is one lucky guy as he has also found a loving and supportive woman in his life.

The BKFC fighter is in a happy relationship with his partner, Jessica Link. As per Jessica's Facebook account, the duo has been dating since 2021. Moreover, the couple shares a tight-knit bond and never hesitate to express their love on social media. 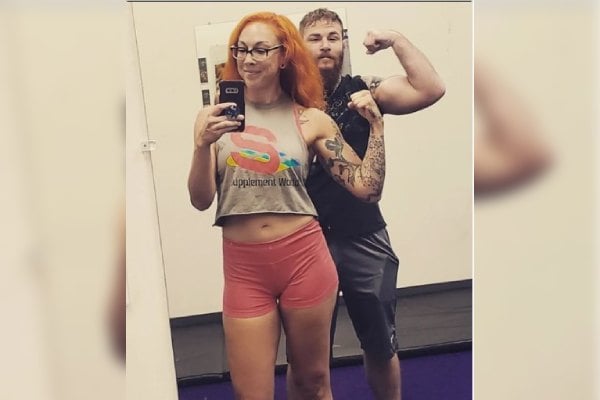 Furthermore, Isaac Doolittle's girlfriend is a kids coach at United Marital Arts Wichita, Personal Trainer at Anytime Fitness West Wichita, and Coach/Nutrition Coach at Evolution Fitness Studios. She has also introduced herself as the first female BK boxer in Kansas and the only Kansas athlete to compete in BK MMA on her IG.

Besides, the lovebirds don't share any children together. However, according to Isaac's Instagram profile bio, he has mentioned that he is a father. Still, information regarding his kids hasn't been revealed yet. Nonetheless, the Doolittle-Link couple shares the same professional field and interests, and their relationship looks thriving and enduring.

We hope their bond will grow even fonder and we get to hear the news of their marriage in the coming days.

Is A Molecular Biophysics And Biochemistry Student

The visionary BKFC fighter was born in Kansas, United States, on December 17, 1990. Ever since he was a kid, he aspired to make a name in the fighting field. Furthermore, Isaac Doolittle's parents are Art Doolittle and Vicki Doolittle. His dad seems like a preacher, going through his parents' FB posts.

Likewise, very little is known about his upbringing and early life; however, it appears that the Kansas native grew up alongside his brother, Zach Doolittle. The latter is married to Amy Doolittle. 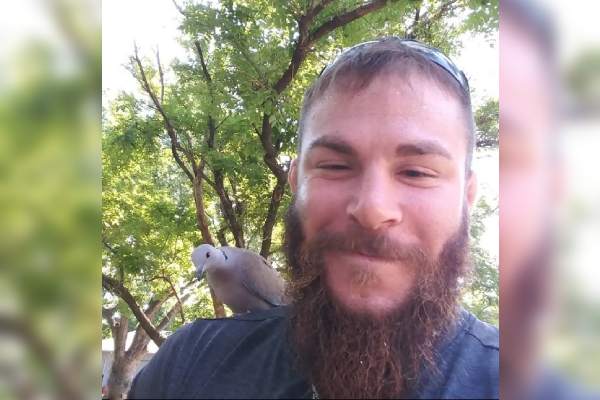 In essence, the sportsperson seems to have a balanced professsional and personal life. Isaac is a great partner and human being, apart from being a fearless fighter. Also, he is slowly shining and gaining recognition worldwide in the MMA field. Several fans are interested in watching what else Mr. Doolittle has to offer in the coming days. Overall, we wish him the best for his future matches and hope he succeeds in everything he does.