Elvin Leon Brito, simply Elvin Brito, is a famous professional mixed martial artist and bare-knuckle fighter who has won several big matches. He is currently ranked 1st in the Welterweight division in BKFC. The talented sportsman initially rose to fame in Top Combat Championship. Now, his excellent fighting skills have landed him among the top fighters in the BKFC.

With the ever-growing popularity of the fighting promotion, many people want to know about the athlete. So, in this short biography, let's learn more about how the mixed martial artist balances his professional and personal life and other interesting facts.

What Is Elvin Brito Famous For?

As mentioned earlier, Elvin has gained much popularity worldwide as a professional fighter. He has defeated many renowned fighters, including Julio Garcia, Kaleb Harris, Socrates Pierre, Brok Weaver, Patrick Cenoble, Ramon Martinez, and many more.

Moreover, the good-looking athlete had also fought in Island Fights, Top Combat Championship, and other promotions. He made headlines after being selected for the main event at BKFC 26 Brito vs. Palomino. It gained more attention since he and his opponent Luis Palomino had already previously faced one another.

Sadly, the then-Welterweight champ was knocked out by his opponent at the event on June 24, 2022. Moreover, since Luis was already a lightweight champion before the bout, he made BKFC history by adding another title to his name. Brito doesn't carry animosity from the loss instead, he is looking forward to more matches in the BKFC. He is also okay with having a rematch for the title.

Elvin Brito Net Worth And Career

Brito has had a reasonably successful career so far. As already mentioned, he has been part of Bare Knuckle, Island Fights, Top Combat Championship, and so on. Elvin Brito's salary details are still not revealed to the general public, but with several wins under his belt, one can guess he would have banked a large portion of the income.

The sportsperson's professional ring debut was against Omar Vega at MAXX FC 4 on June 19, 2009. Before that, he had fought in several amateur matches against many fighters, including Marty Ingwall, Jeff Green, Carlus Moore, and Sam Agushi.

Looking at his fantastic performances over the years, he has set a high standard for himself. From all of these matches, Elvin must get paid considerably. As of 2020, a fighter had an average salary of $2,500 for a low-end BKFC match, according to sportskeeda. However, many of the Bare Knuckle Fighting Championship's well-known competitors claim to be paid significantly more. Hence, Elvin Brito's net worth must be immense.

Alongside having a successful career, the talented fighter has also been able to tie himself into a happy conjugal life. The muscular athlete is a family guy and has been enjoying a successful marital life with his gorgeous partner Ashley M Mitchell since August 8, 2009. Elvin Brito's wife currently works at GCBattery, as per her Facebook. 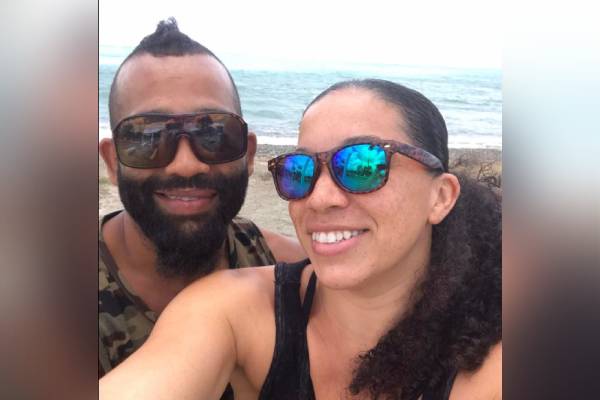 Though the couple has mentioned their wedding date, their dating history is still a mystery. Thus, it is unsure when the pair met each other. Ashley often appears on her husband's Instagram. She is also quite active on social media, as she regularly shares pictures with their adorable family. The love and affection between the couple can be visible through their post.

Elvin Brito's spouse has been a constant support in his life, and he must consider himself fortunate to find such a good, better half.

It's been a long time since the lovebirds have been married. During all this time, Mitchell and Elvin have become parents of three boys. Elvin Brito's son, Kalvin Xzavier, was born on August 26, 2012. His youngest baby is named JoJo Brito, but, the name of his other kid hasn't been revealed yet. The fighter often posts pictures of his children. 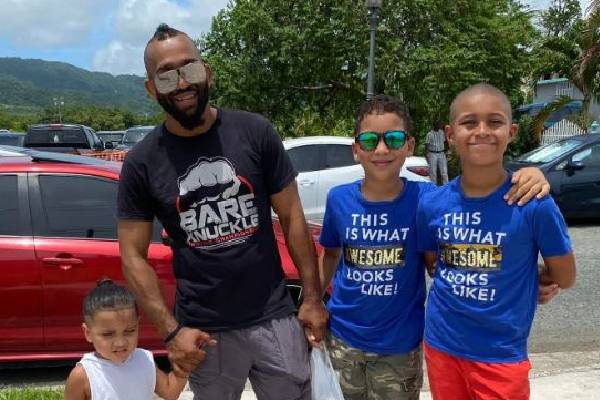 Furthermore, the sportsman's sons are all growing up well. He must be raising his children with much love and care. Despite being so busy with his training, Elvin makes time for his babies. He and his spouse seem like good parents who take care of their little ones with pride.

Has Remained Silent About His Personal Life

The MMA fighter was born in Puerto Rico on July 31, 1985. Apart from that, he's yet to reveal his family background. Additionally, he has not revealed much about his upbringing.

Moreover, the athlete hasn't revealed much about his parents either. He might have kept them hidden to evade unnecessary media attention. Also, if he has siblings, they must be proud of his MMA accomplishments.

Similarly, speaking of Brito's education, he attended Alfonso Casta Martinez School and Joliet West High School. Likewise, he must have always wanted to be a fighter, which is why he may have chosen this path. Nevertheless, let's hope Mr. Brito will get comfortable sharing more about his personal life in the future.

Overall, Elvin seems to be living a comfortable life with his wife and their sons. At the same time, he is doing well career-wise. So, let's hope he continues giving the best performances in the BKFC and earns all the success that he deserves.