One of the casts of the show is Sarah Snook. She is an Australian actress who has gained immense fame in her professional career. Apart from popularity, it has been said that she earns six figures as a salary per episode. Well, let's find out if the statement is true, and take a look at Sarah Snook's net worth and earnings.

Sarah Snook Net Worth And Earnings

The tv personality's professional acting career started late in 2009. But the way she has established herself in the entertainment business, one might think of her as a veteran actress with decades of experience. Many people love her, and her rising popularity must have also benefitted her financially. So, how much has Snook accumulated? Keep reading to discover!

Born and raised in Adelaide, Australia, at a very young age, Sarah showed promising talent in performing arts. As a result, she won a drama scholarship to attend Scotch College. Se had collected the Meryl Streep Drama Award after leaving primary. Still, she reminisces that in high school, she never thought that acting was something she would pursue as a career.

Later, Snook was accepted into the National Institute of Dramatic Arts (NIDA). There, she thought she could pursue acting as a job. In 2008, she graduated with a Bachelor of Fine Arts in Acting. After that, she began appearing in shows and movies.

In 2009, the Australian native made her acting and television debut in the small role of Sophie in All Saints. After that, she appeared in Packed to the Rafters, My Place, Spirited, Redfern Now, The Moodys, The Secret River, The Beautiful Lie, and several other series. She was able to establish a strong foothold in the industry.

The turning point in her career came when the blonde beauty was cast in the role of Shiv Roy in the TV series Succession. At first, she was convinced that the show was out of her league. Snook would have backed out if the Australian actress and her friend, Jessica Tovey, had not insisted on her. Even after filming five episodes, she was sure she would get fired. By episode 6, she realized that even if she did not know what she was doing, it would be hard for the show to remove her.

Later, Succession made her a shining star in the entertainment world. Moreover, her character, Shiv, has also received praise from many. People even dressed as Shiv during Halloween. To talk about Sarah Snook's salary from the show, she earned $100K per episode in the first two seasons. As there were 20 episodes in the first two seasons, she earned $1 million per season. Hence, her earnings were $2 million.

From the 3rd season, the Australian actress' pay ascended to $350K per episode, totaling $3.5 million for the season. Hence, Sarah has made considerable earnings from the series.

In 2010, the Adelaide-born artist made her film debut with the TV movie Sisters of War. She then went on to act in several other movies. Some of them are listed below, along with their box office collection.

As you can see, the films that Sarah has starred in have earned a massive amount at the box office. Thus, as the main cast of such projects, she must have received a fair share. Likewise, she must have earned from sponsorship or endorsement deals. As a result, Sarah Snook's net worth is a whopping $4 million. As she is active in her profession, her fortune might ascend in the coming days.

As mentioned earlier, Sarah Snook's fortune is a staggering amount. The multi-millionaire actress must be living comfortably, all thanks to her financial prosperity. She enjoys a blissful life with her husband, Dave Lawson. 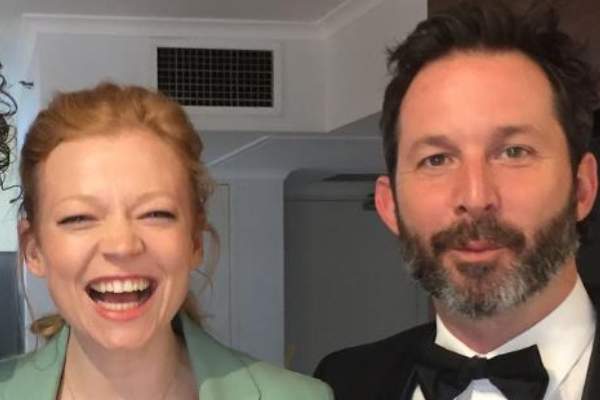 In December 2021, the blue-eyed beauty bought a country home for nearly $2 million. The sprawling estate located in regional Victoria is a 14-hectare property near the famous town of Woodend, which is about 80 km northwest of Melbourne. The three-bedroom and three-bathroom mud brick house cost the actress $1.7 million. Aside from that, she also has a home in Brooklyn, New York.

Furthermore, the Succession star also owns another villa in the Melbourne suburb of Footscray. Similarly, she might also have a good car collection. With such immense earnings, there's no doubt she pays a commendable sum of tax.

All in all, Sarah has been able to enjoy a successful acting career, which in turn has guaranteed her a comfortable life. We wish her colossal success in the coming days. Her future projects might ascend Sarah Snook's net worth, so our best wishes are with her.