Rhea Seehorn Net Worth - Salary From TV Series And Movies

Home Net Worth Rhea Seehorn Net Worth - Salary From TV Series And Movies.

Rhea Seehorn has amassed a massive fortune from her career in the entertainment industry. Image Source: Rhea Seehorn Instagram.

American actress Rhea Seehorn has created an impact on fans of Better Call Saul for her portrayal of Kim Wexler. She is also well-known to viewers of Whitney on NBC, Franklin & Bash on TNT, and I'm With Her on ABC. In addition, we have seen her in several supporting roles, and for her talents, the experienced actress has been honored with multiple prestigious accolades and nominations. Furthermore, Seehorn has been active in the entertainment industry since 1997.

Moreover, we already know that she's good at her craft, but many might not be aware that she has also accumulated a hefty amount of money throughout her career. Therefore, this article highlights Rhea Seehorn's net worth and explores her income from different sources.

Rhea Seehorn Net Worth And Earnings

The talented film star started her professional acting career in the late 1990s, and as she progressed, she got roles in several excellent television and film projects which helped her sharpen her acting skills. With decades of experience, Rhea is currently on top of her acting game. Many people love her, and her rising fame has likely helped her financially. So how much wealth has Seehorn amassed? Read on to find out!

Born and raised in Norfolk, Virginia, Rhea was welcomed to this world by her mother, Marlene Walters, and her father, Fred Seehorn. She studied painting, drawing, and architecture from early childhood by following in her dad and grandmother's footsteps. Born Deborah Rhea Seehorn, she attended George Mason University and pursued visual arts, but her love for acting grew as she discovered contemporary theater in college.

While in college, Rhea was looking to get into the theater with the support of her acting teacher. Furthermore, she worked in many ancillary positions in the theater industry in D.C. to get noticed. Seehorn eventually landed several significant roles in local theater productions, but she still needed to do odd jobs to make her needs met. Later, the Virginia native accepted roles in various commercial short instructional films.

Following that, the gorgeous lady debuted in the film industry, where she has continued being active till date. Rhea must have also bagged a hefty sum from her career. Hence, as per Celebrity Net Worth, Rhea Seehorn's net worth is $3 million. Now, let's further break down her earnings from several sources in more detail.

In 1997, the GMU graduate made her acting and television debut in the small role of Jenny in Homicide: Life on the Street. Later, she starred as Cheri Baldzikowski in the television series I'm With Her from 2003 to 2004. Additionally, she also had recurring roles on the TV series Head Cases in 2005, The Singles Table in 2007, The Starter Wife in 2008, and Trust Me in 2009. Similarly, Seehorn starred as Roxanne in the series Whitney from 2011 to 2013. Aside from that, her other tv credits include Franklin & Bash, Family Guy, Veep, and Ridley Jones.

The turning point in her career came when the talented star was cast in the role of Kim Wexler in the TV series Better Call Saul. Her character has been crucial to the plot of the Netflix production, which is about to wrap up. The series is in its final season after being a hit for many years, and Seehorn's acting and character have slowly stolen the series and she has launched to the top of the network within the industry.

Moreover, Seehorn made her television directorial debut in 2022, with the fourth episode of Better Call Saul's final season. Besides, Rhea has also won two Satellite Awards and an Emmy nomination for her role in the series. Likewise, many must be curious about Rhea Seehorn's salary from Better Call Saul. While her co-star Bob Odenkirk's income is $200K per episode, as a central part of the Netflix series, Rhea must also earn considerably.

In 1998, the award-winning performer made her film debut with the movie A Case Against Karen. Some of her other acting credits include, The Pitch, The Gentleman, Riders, The Shaggy Dog, and I Hate Kids, to name a few. Furthermore, Seehorn co-starred with Amanda Seyfried in the horror thriller Things Heard & Seen in 2021. Now, let's look at some of her movies and their release dates.

While The Shaggy Dog grossed $87.13M worldwide, other movies must have a notable box office collection. Having appeared in such renowned projects, the media personality must have been paid her fair share. Similarly, she must have earned from endorsement deals or sponsorship as well. As such, Rhea Seehorn's net worth being $3 million comes as no surprise. Moreover, as she is active and dedicated in her profession, her fortune might increase in the coming days.

As mentioned earlier, Rhea Seehorn's fortune is a staggering amount. Thanks to her affluence, the multi-millionaire actress must be leading a comfortable lifestyle. Furthermore, the Better Call Saul star enjoys a happily married life with her spouse, Graham J. Larson. The duo married in 2018 and have been together ever since. Moreover, Rhea Seehorn's husband has been working as a real estate agent for over 25 years. 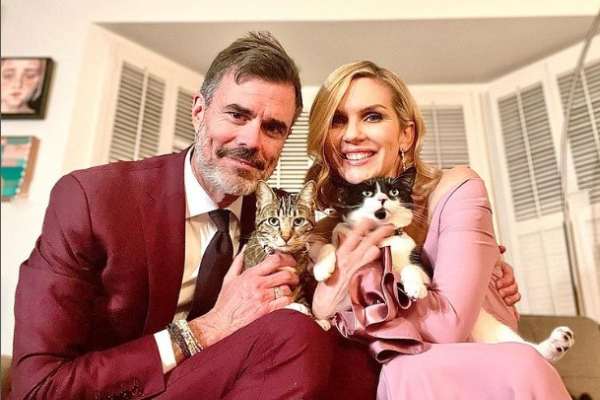 Talking about her assets, the 5' 3'' tall actress owns a house in Capetown, Africa. She used to live in Beverlywood while engaged with her now-husband and must have bought a home there as well. Similarly, Seehorn likely owns a few branded cars and vehicles. All things considered, thanks to her successful acting career, Rhea Seehorn's net worth is in multi-millions. However, she is still as modest and committed to her work as she was when she entered the industry. As a result, Rhea is becoming more known globally and prospering professionally. Finally, we send her our best wishes for her future endeavors.