Home Net Worth Laura Linney Net Worth - How Much Has She Amassed From Her Acting Career?.

Laura Linney is an American actress, who has gained massive recognition for her role in the TV series, Ozark. Image source: Social Media.

Laura Leggett Linney, shortly Laura Linney, is a veteran actress of American nationality. She has gained global recognition with her work in the Netflix series Ozark. Thanks to her outstanding acting career, she has been able to leave a mark in Hollywood. Also, Laura's work ethic and personality have captured millions of hearts and massive attention.

Whether it is a stage, filming set, or real life, the versatile actress has garnered valuable achievements with her hard work and dedication. Alongside fame, the blonde beauty must be earning a pretty penny. So, how much is Laura Linney's net worth which she has amassed over her three-decades-long acting career? Don't go anywhere, for we will present you with the information in the following paragraphs.

5 Richest K-Pop Stars and Their Astounding Net Worth

Laura Linney Net Worth And Earnings

Laura was born in a theatre household on February 5, 1964, in Manhattan, New York. Laura Linney's father, Romulus Linney (Romulus Zachariah Linney IV), was a famous playwright, professor, and novelist. Her dad's profession had a significant influence on her, and at 11, she fell in love with the art of stage work. On the other hand, Laura's mother, Miriam Anderson, worked as a nurse at the Memorial Sloan Kettering Cancer Center.

The Manhattan native's love for acting and stage only increased while growing up. As a result, she worked her way into the industry, starting from minor roles and projects to becoming one of the most recognized artists in Hollywood. Regarding her education, Laura was schooled at Northfield Mount Hermon School. Then, she enrolled at Northwestern University before switching to Brown University and graduated in 1986 with a Bachelor's degree in Theatre Arts. After that, she attended Julliard School to study acting.

Since her debut in 1990, the Brown Uni graduate has carved an impressive career working in numerous theater plays, broadway shows, TV Series, movies, and many more. She has over seventy acting credits and several production and direction credits. In addition, Laura has won four Emmy Awards, two Golden Globes, and one Screen Actors Guild Award, along with numerous nominations. Considering her successful acting journey, Linney has surely amassed notably. Hence, Laura Linney's net worth is estimated to be $10 million.

Income From Broadway And Theater Career

As mentioned before, the Julliard alumna's father was a playwright, and his profession influenced her. After studying acting, Laura primarily worked as a Broadway actress. She received attention for her works in "Hedda Gabler" and "Six Degrees of Separation." Her other broadway credits are Holiday, Sight Unseen, Time Stands Still, Uncle Vanya, etc. She must have earned considerably from her works as well.

The gorgeous lady considers theater as her home. In addition to her dad, another strong influence was Laura Linney's paternal grandmother, Maitland Lagrange Thompson Clabaugh, who studied drama and elocution. She still obsesses over the gold medallion which her granny gave her. And now, the camera-shy theater person has become one of the most renowned actresses in the industry.

Currently, a theater actor earns $137,346 a year on average. So, during her time, Laura Linney's salary must have been significant. Another fellow actress with impressive earnings is Sheryl Lee Ralph.

Earnings From TV Series and Movies

The Brown uni graduate has achieved fame and fortune by starring in many TV mini-series and films. From earning $10,000 for the movie, You Can Count On Me (2000) to making $300,000 per episode for acting in Ozark in 2017, Linney's income has undoubtedly seen quite a rise. Some of her tv credits are Tales of the City, Sink Sank Sunk, The Big C, John Adams, etc.

Also, did you know that her latest Netflix series, Ozark, has 45 nominations and 3 Emmy wins? As per International Business Times, Linney earned $3 million per season for the first three seasons of the show. She and her co-star Jason Bateman are also speculated to have been paid $4.2 million for Ozark's fourth and final season.

Likewise, the tv personality began her film career in the early 1990s with minor roles in projects like Lorenzo's Oil (1992) and Dave (1993). Finally, she landed her first big-screen role in the 1996 movie Primal Fear. After that, the prominent actress received much praise for her performances and selection of roles. Here are some of her movies and their worldwide earnings.

Considering such vast box office collections worldwide, we can estimate that Laura must have amassed reasonable amounts acting in such financially successful movies. Moreover, she has also served as the executive producer for Ozark, Tales of the City, and The Big C. Hence, such activities must have added generously to Laura Linney's net worth.

The Ozark star enjoys a happily married life with her spouse, Marc Schauer. Laura Linney's husband works as a real estate agent and is very supportive. The couple first met in 2004 at the Telluride Film Festival in Colorado and married in 2009. They are now parents of a son, Bennett Armistead Schauer. The Linney-Schauer family must be living contently. 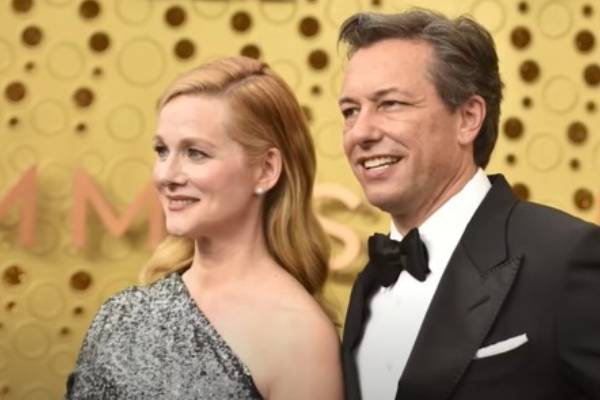 Talking about her assets, the 5' 7'' tall actress owns two houses, one in Connecticut and another in Colorado. She must also have purchased properties and mansions in other areas. Likewise, Linney likely owns a few branded cars and vehicles.

All in all, thanks to her prosperous acting journey, Laura Linney's net worth is in multi-millions. However, she has remained as humble and devoted to her profession as in her early days in the industry. As a result, Linney is gaining more recognition as an actress and succeeding financially. Finally, we wish her the best in her upcoming projects.