Home Net Worth Lance Reddick Net Worth - Earnings From His Successful Career As An Actor.

No matter what kinds of movies or shows you are into, Lance Reddick is undoubtedly a name you are familiar with. He has been in the entertainment field for nearly three decades and has amassed quite an impressive resume along the way. Throughout his career, Lance has appeared in a wide range of productions on both the big and small screens.

Reddick is widely recognized for his portrayal of Cedric Daniels in The Wire, Phillip Broyles in Fringe, and Chef Irvin Irving in Bosch. The talented actor has achieved significant accomplishments through his perseverance and hard work. Along with recognition, Reddick must be making good earnings. So, how much has he earned from performing and other endeavors?

Continue reading this article as it discusses Lance Reddick's net worth and various income sources.

Lance Reddick Net Worth And Earnings

The versatile actor was born on 31st December 1962, in Baltimore, Maryland, U.S. He was welcomed into this world by his father, Solomon Reddick, and his mother, Dorothy Gee Reddick. Unfortunately, both of Lance Reddick's parents have passed away.

Regarding his educational background, Lance attended Friends School of Baltimore and studied music at the Peabody Preparatory Institute. To learn music, he also joined a summer program teaching music composition and theory at the Walden School. He later enrolled at the University of Rochester's Eastman School of Music, where he studied classical music composition and earned a Bachelor of Music. Later, Reddick received a Master of Fine Arts degree in 1994 while attending the Yale School of Drama.

The Baltimore native began his professional career in 1992 and has never looked back. From then on, his level of popularity has increased, alongside landing new roles. Not just fame, he has also earned considerably. Thanks to his acting projects, Lance Reddick's net worth is around $4 million. Now, let's take a quick look at his acting roles and earnings in the following subtitle.

In 1996, Lance made his television debut in an episode in New York Undercover, a Fox police drama. After that, he made appearances in the television films The Fixer, What the Deaf Man Heard, and Witness to the Mob, as well as episodes of The Nanny and Swift Justice. To bring the decade to a close, the actor appeared in an episode of The West Wing, playing a DC police officer.

Furthermore, in the 2000s, the Baltimore native appeared in amazing TV projects such as Law & Order: Special Victims Unit, 100 Centre Street, Law & Order: Criminal Intent, Law & Order, CSI: Miami, Lost, Drone, Wilfred, Intelligence, Castle, Rick and Morty, American Horror Story, Castlevania, and The Vindicators, to name a few. However, he was able to impress millions of acting devotees with his performances in The Wire, Fringe, and Bosch, as mentioned earlier. 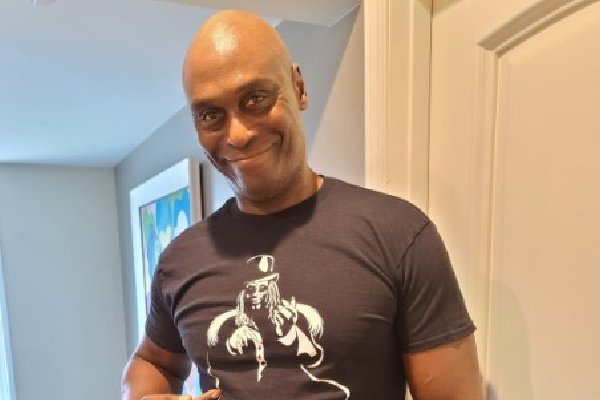 Having acted in dozens of television projects, the acting personality must have received his fair share. Although his earnings from these projects have yet to be revealed, we can expect Lance Reddick's salary to be considerable.

The performer had his first feature film role in 1998 with Great Expectations starring Gwyneth Paltrow and Ethan Hawke. The same year, he appeared in The Siege and Godzilla. Likewise, Lance was featured in the crime thriller Don't Say a Word, the biographical drama I Dreamed of Africa, and the independent LGBTQ-themed drama Brother to Brother. The Maryland native has around 101 acting credits under his name as of now.

Still, the films that widely provided Lance with acknowledgment were the John Wick franchise, Angel Has Fallen, and Godzilla vs. Kong. Let's look at some of his acting projects and their worldwide box office collection through the table.

Having acted in multiple commercially successful projects, the dedicated actor has earned significantly, adding to his fortune. Hence, his multi-million fortune is accumulated from being involved in the industry for decades.

Apart from his acting ventures, the Maryland native has also featured in one of the most popular songs of the early 2000s: Jay-Z and Beyonce's 03 Bonnie and Clyde. He was an intriguing connection to it and played a policeman in the music video. Not many of Lance's contemporaries can claim to have collaborated with Beyoncé and Jay-Z.

Furthermore, Lance's first love has always been music, and he aspired to pursue music professionally. Even if acting eventually took precedence in his life, he never lost up on his desire to be a musician. The American personality released an album called "Contemplations & Remembrances" in 2007. The album is available for purchase for $8.91 in MP3 format.

Outside of his on-screen career, Lance has done some other fascinating things besides appearing in music videos. The Maryland native has contributed voice and likeness for video game characters such as Martin Hatch in Quantum Break, Sylens in Horizon Forbidden West, and Horizon Zero Dawn. Additionally, Reddick has also voiced Commander Zavala in the video games Destiny and Destiny 2, which were released in 2014 and 2017, respectively.

Overall, Reddick must profit from different projects as well, apart from acting. Considering his work and dedication, Lance Reddick's net worth of $4 million looks worth it.

READ MORE: Tyler Blackburn Net Worth - Is The Actor A Millionaire?

The hardworking personality has been leading a comfortable life, given the wealth he has earned with his hard efforts and dedication over the years. Additionally, based on his Instagram, the Hollywood hunk adores taking trips with his close ones. He is also often seen spending time with his pet dogs.

Besides, the actor owns a home in Studio City which he brought for $1.315 million in 2010. The main house, built in 1939, has four bedrooms and four bathrooms, while the guesthouse includes an additional full bathroom. There are two fireplaces, a sunroom, a wet bar in the family room, and 3,191 square feet of living space. Moreover, there is a swimming pool, a spa, and a built-in barbecue on almost three-acre land. With his hard-earned wealth, Lance is indeed living a luxurious lifestyle.

Nonetheless, Reddick is still active and thriving in his career. So, Lance's riches will likely increase in the future, and we hope he will continue achieving more success. We wish the actor all the best in his future endeavors.