Kehlani is a name that probably needs no introduction in the singing industry. Born Kehlani Ashley Parrish, they are an American singer, a dancer, and a songwriter. The musician came out as a queer in 2018. Later, in early 2021 during a live stream, the American singer announced that they identified as a lesbian. Kehlani goes by the pronoun "they/them."

Of course, the artist is acknowledged for their remarkable professional career; still, they have been catching the public's attention because of their personal life. However, today's article is not entirely dedicated to the musician, as we will discuss more about Kehlani's daughter Adeya Nomi who they welcomed with their ex-partner Javaughn Young-White. Here are some interesting facts about the little girl Adeya.

5 Richest Celebrity Bodyguards - Look At How Much Their Salary Is

7. Adeya's Mother Gave Birth To Her In An "Unmedicated Homebirth"

Kehlani, alongside her ex-boyfriend Javaughn welcomed their daughter on March 23, 2019. They suffered from prenatal depression in December 2018 and shared that the pregnancy was more challenging than they imagined. Furthermore, the singing personality revealed that they had their baby in an "unmedicated homebirth."

Kehlani's daughter is extremely popular even at a young age, thanks to them and their guitarist ex-boyfriend. So, let's get to know more about her parents in the following subheadings.

As mentioned earlier, Adeya's mother, Kehlani, has a powerful impact on the singing industry. She initially achieved fame in 2011 as a member of the teen group Poplyfe. Kehlani has outstanding commercial mixtapes such as Cloud 19, You Should Be Here, and While We Wait, and spectacular studio albums like SweetSexy Savage, Blue Water Road, and It Was Good Until It Wasn't under her name. 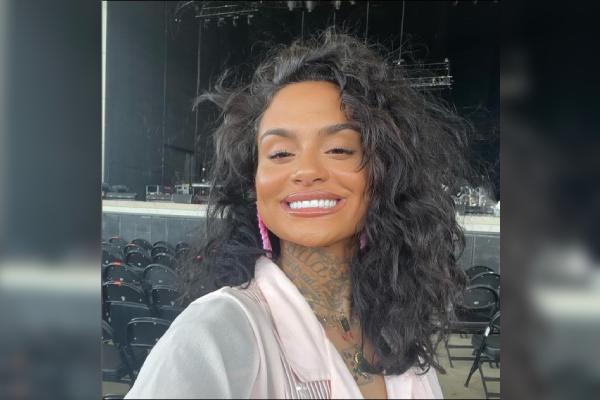 Alongside having a booming professional career, Kehlani is also a strong individual who has always been vocal about their sexuality and isn't ashamed of their identity.

5. Nomi's Dad Is A Guitarist And Model

Kehlani's baby father, Javaughn Young-White, also known as Javie Young-White, is a guitarist and model hailing from the United States. Adeya Nomi Young-White's dad played basketball at high school and then shifted to being a professional guitarist.

Although Javie widely gained fame after being associated with Kehlani, he has an identity of his own and is incredibly hardworking. The guitarist has a long and thriving career ahead, and our good wishes follow his way.

4. Her Uncle Is An Renowned American Personality

Adeya Nomi Parrish Young-White's uncle, Jaboukie Young-White, is an American stand-up comedian, writer, and actor. He began performing stand-up at an open mic at 19 and has continued to perform stand-up at several clubs and bards around New York City.

Furthermore, just like her mother, Kehlani, Adeya's uncle is also extremely vocal about his sexuality. He came out as queer in late 2017 during his first appearance on The Tonight Show Starring Jimmy Fallon. During his second appearance on the program in late 2018, he identified himself as gay.

3. Adeya's Parents Are No Longer Together

Not every relationship is meant to last, and the same happened to Adeya Nomi Young-White's parents, who are no longer dating. Although the duo is not together, Javie Young-White's ex-partner mentioned to British Vogue in 2020 that they are still good friends and co-parent their daughter even after splitting.

Since the former couple has parted ways, fans are curious to know about their current relationship status. Sadly, very less is known about the two as Javie and Kehlani prefer to keep their personal life under cover. Still, the Gangsta singer was rumored to be dating 070 Shake in May 2022. So are they still together or not? This is a question that still needs some time to be clarified.

2. Grew Up In A Talented Household

By now, you must have realized that Kehlani's daughter comes from a highly talented and hardworking family. Be it her mother, her father, or her uncle. Every individual surrounding Nomi is either passionate or devoted to the things that they do.

Surely, any child exposed to such dedicated and accomplished people has a positive outlook on life. The values instilled in Adeya from an early age will likely pay off in the future. Well, it will be interesting to see what will be her main forte. Music or acting?

1. Grateful To Have Loving Parents

Although Adeya's parents have parted ways, she doesn't need to worry about anything as she is blessed with parents and family who love her unconditionally. Be it her birthday or any other events related to her, Nomi's parents leave no stone unturned to make her feel special.

In addition, Javaughn Young-White's daughter is being raised in a surrounding of people who are 'loudly queer' because that way, Adeya will realize growing up that she will be loved no matter how she identifies. All of Adeya's aunties, uncles, and godparents use she/they pronouns and identify as queer.

Hopefully, Kehlani's daughter will grow up into a person who is as strong-headed, fierce, bold, and hardworking just like her mother. Since she is young, fans are waiting to see if she will follow in her parent's footsteps. To find out, we will have to wait for some time.

Until then, we send young Adeya Nomi an abundance of good wishes, love, and light.