Vin Scully, an Iconic American sportscaster, and Hall of Fame broadcaster who spent 67 years calling games in Major League Baseball for the Dodgers, Los Angeles, passed away at 94 on August 2, 2022. His beautiful two-acre mansion is listed on sale for $15 million. In addition, Vin Scully's daughter, Cat Scully, and another agent, Mimi Bladow, on Compass, listed her father's mansion on sale on October 15, 2022.

You can watch the stunning pictures of the luxurious property here.

Catherine Scully, known as Cat Scully, is the daughter of Vin Scully and her mother, Sandra Hunt. She is currently the Director of the Luxury Estates in the Sport & Entertainment Division. Affilated with Compass since November 2019, she listed her father's mansion on sale which is a family affair with her other partner agent Mimi Bladow.

Scully said that she have the honor of listing her family home and it is bittersweet. She added that their home was full of many beautiful memories, love and laughter. And just as her dad Vin Scully used to say, there is a season and a time for everything in life. 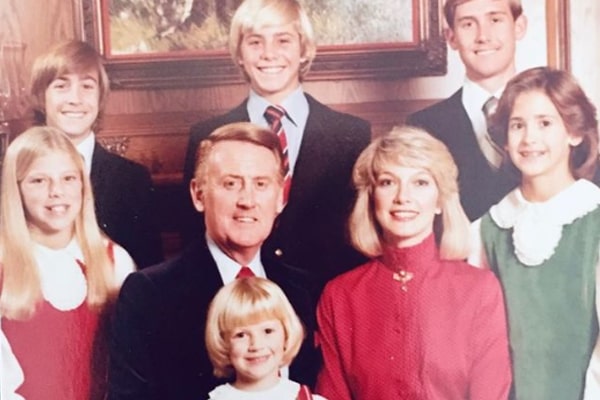 Among his kids, Vin Scully's son Michael Scully, a supervising engineer with Arco's subsidiary, passed away in a helicopter crash when he was just 33 on January 20, 1994. He was inspecting a crude-oil pipeline from the San Joaquin Valley to Southern California, but the helicopter exploded upon impact with the ground, killing Michael and the pilot instantly.

Cat Scully is a brilliant, loving, and happy person with a loving husband and five lovely daughters. Along with her second husband Robert Blank's kids with previous marriage, she has eight kids. 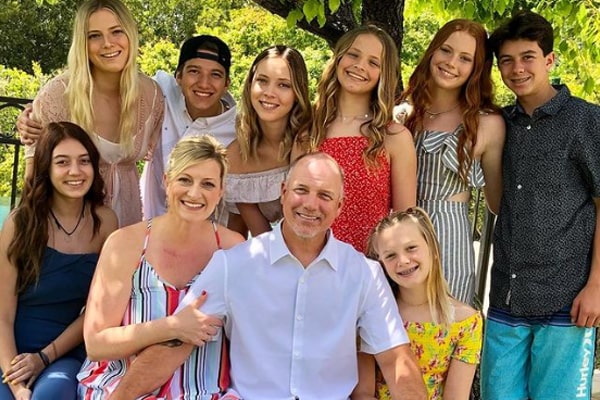 She was married previously to Matthew Luderer and had five daughters from her first marriage with him.

We went through her social media pages and found Cat wishing her daughters happy birthdays. Cat Scully's eldest child is Mackenzie Jean Luderer, who was born on November 30, 1996. Cat, with her first husband Matthew, had their second daughter, Annie Lynn Luderer, on February 23, 1999.