Thomas Henderson isn't a new name in the National Football League (NFL). He is often considered one of the greatest linebackers in the league's history. In addition, he won many honors and led his team to many victories.

However, the sportsman's football prowess wasn't the only thing making him famous. His off-field activities and drug abuse made several headlines. Moreover, he also received sexual assault charges which landed him in jail.

Despite all that, the athlete has turned over a new leaf and started fresh. So, what is he up to nowadays; let's find out in this biography.

Thomas Grew Up In A Single Parent Family

The former NFL player was born Thomas Edward Henderson on March 1, 1953, in Austin, Texas. He grew up in a rough side of the town where drug dealers, pool hustlers, pimps, and thieves were common.

The former football player's mother, Violet Faye, was three weeks away from turning sixteen when she gave birth to him. She raised him all by herself from the beginning. Thomas Henderson's father was a 17-year-old enlistee at Army Force Base during his affair with Violet. But after learning about the latter's pregnancy, his superiors shipped him to Korea. So, the player could never form any bond with his dad.

Thomas Henderson's mom, Violet, later married another guy. But, her new husband proved to be abusive to both of them. Thomas' mother shot his stepfather and wounded him after one of his drunken fits. 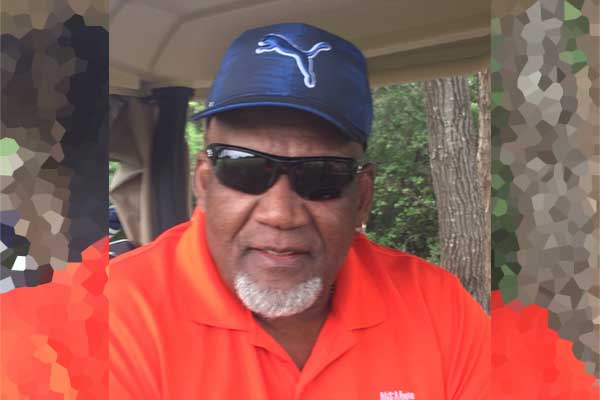 The young guy stayed in Austin until his best friend was accidentally killed while playing Russian Roulette in the high school parking lot. He then packed up and left for Oklahoma to stay with his grandmother.

There, the teen attended Douglass High School and played defensive end. He won the All-City honors and earned an athletic scholarship to Langston University. Furthermore, his notable results include earning two NAIA All-American honors, one Southwest District Defensive Player of the Year honor, two Little All-American, and recording an 11-2 record.

Henderson graduated with a Bachelor's Degree in Physical Sciences.

Thomas Henderson Net Worth And Career

The footballer didn't have the grades for a major university, but his talents were unsurpassable. As a result, Dallas Cowboys selected him in the first round of the 1975 NFL Draft. It also marked the start of Hollywood Henderson.

The sportsman didn't disappoint and led the Cowboys to win Super Bowl XII in 1977. He gave outstanding performances in each match, but his drug addiction made him irrational. For instance, he displayed Cowboys logo-based handkerchiefs on camera while his team struggled in 1979.

Henderson was traded to San Franciso 49ers in 1980. He also played for Houston Oilers and Miami Dolphins in NFL. Sadly, the pro footballer's cocaine addiction caused him many failures. He finally went to a rehab center in Arizona and returned to playing in 1981.

Let's watch some of his highlights below:

Unfortunately, Thomas suffered a career-ending neck injury in the same season. He hasn't played since and turned to other ventures. Furthermore, the athlete hasn't precisely revealed his income from the NFL teams. But, as per LA Times, Henderson's salary never crossed more than $175,000 a football season.

Hence, Thomas Henderson's net worth must have been a notable amount during his playing years.

Despite ending his NFL career, the former professional football player hadn't hit rock bottom. It only came after he was arrested for doing drugs with minors in November 1983. Moreover, Thomas had lured two teenage girls with cocaine and forced one of them to perform a sexual act on him.

The cops arrested Henderson soon after. He made matters worse by trying to pay the victims. Eventually, he pleaded no contest to sexual assault and bribery and received four years and eight months prison sentence.

The former athlete spent two years and eight months in Men's Colony at San Luis Obispo. He then underwent therapy at CareUnit in Orange and turned sober on November 8, 1983.

Where Is Thomas Henderson Now?

Since being sober, the former felon has dedicated his life to helping other people overcome their addiction. He returned to his hometown and rebuilt the football field. In addition, he raised $300,000 for the construction.

Thomas increased his efforts after winning $28 million in a Texas lottery in 2000. He then founded East Side Youth Services and Street Outreach to help the youths in Austin. Moreover, he again won a second lottery of $50,000 in 2010.

The former pro footballer is now a speaker and travels all around the globe giving motivational speeches. He is the founder of Thomas Henderson Films, an educational video distribution company. 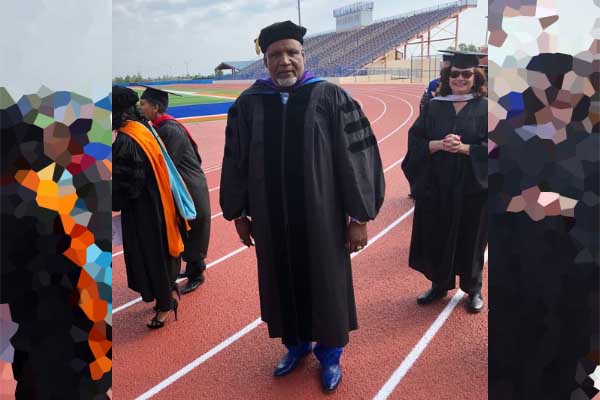 Aside from that, Henderson has co-authored two books. His book Out of Control: Confessions of an NFL Casualty is available for $19.75 in paperback and In Control: The Rebirth of an NFL Legend costs $5.37 in paperback.

Hence, Thomas Henderson's net worth must have increased with his book sales and motivational speaking profession.

Like his professional career, the speaker's relationships also didn't go smoothly. His marriages ended in divorce and bad terms. It might also be the reason why he hasn't been so forthcoming in sharing much about his partners.

Still, from what we know, Henderson was previously married to Wyetta Boswell. She is a private lady and has remained in the shadows. Still, as per several sources, Thomas Henderson's ex-wife, Wyetta, is his first wife.

In his one interview, the public speaker shared he first met his then-wife, Wyetta, in Seattle. But, the ex-pair hadn't revealed when they began dating or got married.

Under his drug-induced haze, Thomas physically assaulted his ex-spouse. For instance, as per Los Angeles Times, he hit his ex-wife and had affairs with other women. Furthermore, another article from LA Times states the ex-couple separated before 1988. 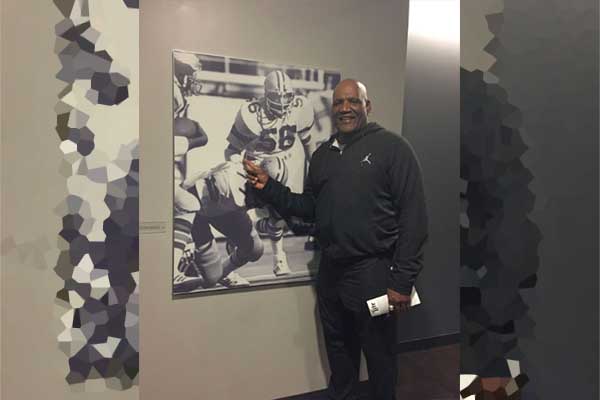 Likewise, according to ESPN, the former NFL player had a second marriage. But it also failed in the mid-1990s. Furthermore, the athlete hasn't shared whether he is seeing anyone else at present. Hence, Thomas Henderson's current partner has remained a mystery.

Is A Father Of Two Daughters

Although his marriages failed, Henderson has been blessed with two lovely daughters. His eldest daughter, Thomesa Holly, is married and a mother of three children.

Thomas Henderson's youngest daughter, Dalis Henderson, is fifteen years younger than her elder sibling. She stays away from the limelight.

The motivational speaker is a grandfather of five grandchildren. His grandson, Carl Chester, is a wide receiver at Trinity Valley Community College. In addition, he proudly shows off his grandchild's football accomplishments on his Twitter. 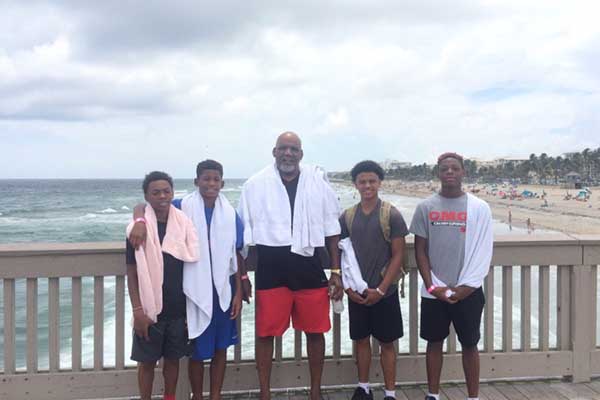 Thomas Henderson is proud of his grandchildren and often shares their pictures on his social media accounts. Photo Source: Thomas Henderson's Twitter.

Henderson's life has seen many ups and downs, yet he has remained strong. His journey of becoming sober and motivating others is truly inspiring. Hopefully, we will continue seeing him gain more success as a motivational speaker in the days ahead.