Young rapper The Kid LAROI had gained immense amounts of fame thanks to his song "Without You" going viral. Image Source: The Kid LAROI's Instagram.

The Kid LAROI is a popular Australian rapper who rose to fame after becoming the opening act for the late rapper Juice Wrld. He is best known for his single “Without You,” which became a smash hit due to its popularity on TikTok. The young rapper has been a part of the hip-hop and rap scene since he was just 13 years old.

The rapper has accumulated a massive following and a fanbase even though he is just a teen. His debut on the show Saturday Night Live has left him more exposed to the music scene. Here is everything we know about rapper The Kid LAROI.

Australian rapper The Kid LAROI was born as Charlton Kenneth Jeffrey Howard. He was born at Waterloo, New South Wales, on the 17th of August, 2003. From a young age, the singer was exposed to the world of music as both of his parents work in the music industry.

Kid Laroi is part indigenous. He is a descendent of the Kamilaroi tribe of Australia. In an interview, the rapper stated that his great-great-grandfather was, unfortunately, a part of the Stolen Generation. The Stolen Generation refers to the babies and children who were separated from their tribes and relocated by the colonizers. To honor his aboriginal tribe, Charlton adopted the name LAROI as his stage name. 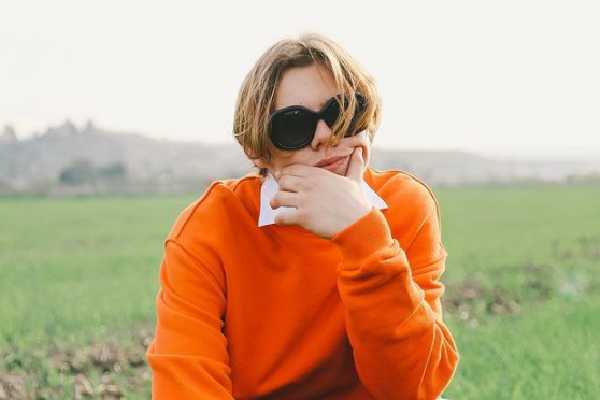 The Kid Laroi and his mother struggled a lot to get by during his early teens. Photo Credit: Kid Laroi's Instagram.

The Kid LAROI’s father is a sound engineer and music producer named Nick Howard. He is a French music producer who has worked with many notable names in the industry. Howard's mother, Sloane Howard, was a model manager and music executive. Nick and Sloane split when Charlton was still very young. However, it is unclear exactly when they separated.

After his parents' separation, the rapper and his mother had a relatively tough life. The mother-son duo lived with his uncle until his demise when the “F*ck Love.” After the death of his uncle, the mother-son duo struggled to get by. They lived in a relatively sketchy part of town called Redfern and spent around two years couch surfing. Young Laroi would try his best to earn some money rapping at gigs while his mum would sell drugs to get by.

The Kid Laroi started to rap at the age of 11 to help his mom, and himself get by. This experience must have installed a passion within him for rapping, and he took his career as a rapper more seriously.

He was mentored by a producer named DJ Ladykiller. The duo, named Dream Team, would often perform at shows locally and were a hit. Unfortunately, they went their separate ways for unknown reasons. The singer then released his debut EP in 2018 when he was just 14. The EP was named “14 With a Dream”.

In 2019, the singer was documented by the Hip-Hop podcast, No Jumper. The appearance on the podcast opened up the doors for him. Not long after, a music executive from Grade A Productions caught wind of him. Lil Bibby pushed The Kid LAROI to sign a joint deal with Columbia records and Grade A Productions.

After being signed, The Kid Laroi was lucky enough to be mentored by the late Juice WRLD. Kid would open shows for the late rapper. The duo was very close with one another. So much that just a few weeks prior to his death, Juice WRLD had already recorded for the lead single off of the Kid LAROI’s album “F*ck Love,” & “Go.” 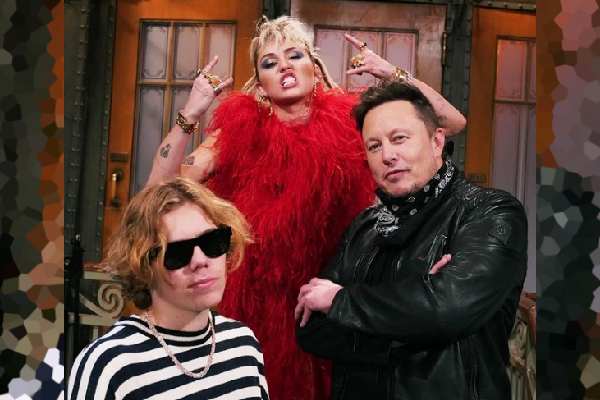 The Kid LAROI made his SNL debut with Miley Cyrus and Elon Musk for the 2020's Mothers' Day special. Photo Source: The Kid Laroi's Instagram.

After Juice WRLD’s tragic drug overdose, it was hard for Charlton to cope. The rapper put his strong emotions to use on some songs of his new album. His song “Go” was a massive hit as it was one of the last songs of Juice, and the world was mourning his loss. It was certified platinum in the USA, Australia, and Canada.

The Kid LAROI released the mixtape “F*ck Love” in July of 2020. The album was a hit among hip-hop fanatics and hit number 1 in Australia and number 3 in the USA.

The Kid LAROI won the ‘Breakthrough Songwriter of the Year’ in the 2021 Australian Performing Right Association Awards. The award is his first-ever award after entering the fast-paced hip-hop industry. In addition to winning this award, he has been nominated for ARIA Music Awards, J Awards, and MTV Europe Music Awards.

The rapper’s 2020 single “Without You” is a favorite amongst the users of TikTok. The song has gained so much love that even pop icon Miley Cyrus collaborated with him to perform a duet.

The Kid Laroi’s career took a turn after his Saturday Night Live debut alongside Miley Cyrus and billionaire Elon Musk. The rapper performed the hit single “Without You” alongside Miley on the Mother’s Day Special episode of SNL. The critics lauded his performance, and some even loved him more than the host, Musk himself.

In addition to releasing music himself, he has appeared on the tracks of numerous artists like Justin Bieber, Polo G, and Juice WRLD, among others.

The Kid LAROI’s Net Worth And Earnings

Although no official reports have been able to estimate Kid LAROI’s net worth, there is no doubt that he must make quite a fortune with the number of albums sold. His album “F*ck Love” sold over 40,000 units in the USA in its first week.

Moreover, on Spotify, the rapper has over 26 million monthly listeners and millions of total streams. With numbers like that, Kid Laroi certainly must earn quite a sum from Spotify.

Furthermore, the YouTube channel of rapper The Kid LAROI has almost 2 million subscribers and 500 million total video views. With a view count so high, there is no doubt that he earns a good paycheck via YouTube. The rapper makes between $97.7K to $1.6 million a year just from his YouTube channel, according to Social Blade.

The Kid LAROI also has a merch store where he sells hoodies, tees, masks, albums, and hats.

With him being just at the beginning of his career, he certainly has years to grow. Indeed, we do not doubt that the rapper will gain more fame than he has today, and The Kid LAROI’s net worth will reach new heights.

After moving to LA to chase his dreams, the Indigenous singer has had a great start to his career. The Kid LAROI is currently living in the lap of comfort and luxury. The young rapper lives in a comfortable home in Los Angeles, California.  Even though he is still fairly young, Charlton has been able to buy himself a Lamborghini.

In addition to luxury cars and a beautiful home, the singer goes on vacations and travels with his loved ones. He has frequently gone on skiing trips and other exotic vacays with his girlfriend, Katarina Deme. His current lifestyle is undoubtedly a massive upgrade from the couch-surfing he had to endure in his early years.

Young rapper The Kid LAROI's girlfriend is Katarina Deme, and the duo started dating in late 2020. The young couple met after the singer moved to LA from his home country, Australia.

The Kid LAROI’s partner, Katarina Deme, is a TikTok star who has amassed a massive following on the platform. The social media star was introduced to the rapper at a time when he had no interest in falling in love. But now, he calls her the most beautiful woman on earth and calls himself lucky to have her. 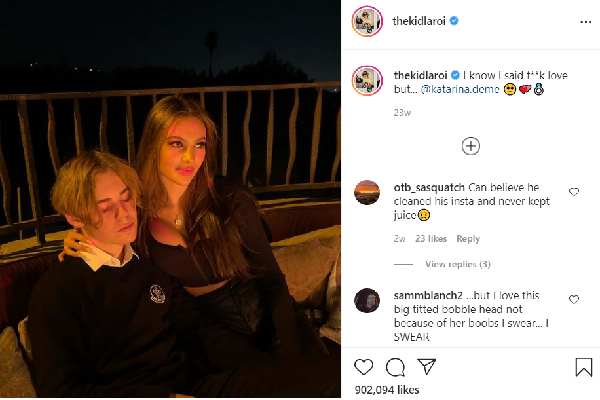 While on an interview with the Kyle and Jackie Show on KIIS FM, the rapper stated that the pair fell in love at an unexpected time after being introduced by mutual friends. The loving pair certainly do have a lot of love for one another. They also love posting photos of one another with loving captions.