Scotty Cranmer is a professional BMX rider, who has won more than half dozen medals at X Games. Photo Source: Scotty Cranmer's Instagram.

BMX is a dangerous sport with a high level of risks involved. Still, many athletes have decided to pursue a BMX career over the years. Moreover, some of them have even set the bar too high for any other newcomers. And one of such legendary BMX riders is Scotty Cranmer.

Cranmer is famous for doing incredible stunts, flips, tail whips, etc., in the ramp. He is also known for having the most medals in X Games BMX Park alongside Dave Mirra. Garrett Reynolds has won the most medals on BMX Street. Furthermore, the cyclist is notorious for his YouTube videos. He occasionally posts videos of his bike riding on his channel.

So, how much has Scotty Cranmer accomplished in his BMX journey; let's find out in this biography.

Began Riding From A Young Age

The professional BMX rider was born on January 11, 1987, in New Jersey. He grew up in Howell with his family. Moreover, Scotty Cranmer's father, Scott Cranmer, opened a skate park for scooters, rollerblades, skateboards, and bikes when he was young. It allowed young Scotty an opportunity to practice earlier in his childhood.

Likewise, Scotty Cranmer's mother, Donna Cranmer, co-owned her husband's shop and helped him run it. She has also consistently shown her support for her son's passion for bike riding. 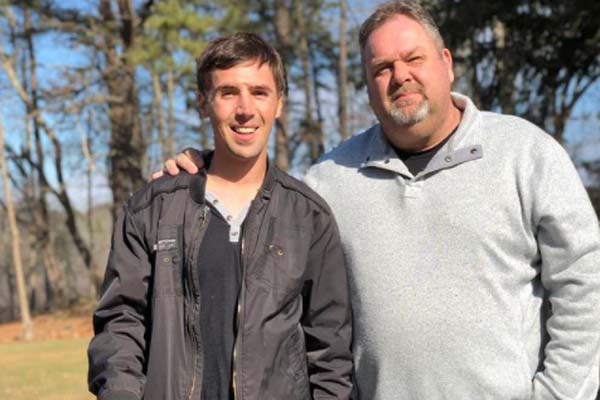 Other Cranmer family members also share the pro cyclist's love for the sport. For instance, Scotty's younger brother, Matty Cranmer, is a professional BMX rider. He has also acted on Next X and Switched. Scotty also has a sister named Kelsey Jones.

Cranmer got his first bike at the age of eight. He soon began training and participating in races. In addition, by the time Cranmer turned thirteen, he was already recognized as a nationally ranked rider. After graduating from Jackson Memorial High School, he decided to turn professional.

Scotty Cranmer Net Worth And Career

The BMX legend has obtained numerous medals over the years. His unique riding style has won the hearts of many BMX fans. So, Scotty Cranmer's net worth mainly includes his earnings from his BMX career. Besides that, he also earns income from his YouTube channel, sponsorships, coaching, etc.

The New Jersey native is currently an owner of a family-owned bike shop. He is often busy looking after the store. Hence, Scotty Cranmer's earnings also come from his business.

Cranmer entered his first pro BMX event as an amateur at sixteen. He shocked the world by placing first out of eighty riders. As a result, many sponsors took notice of the newcomer. He eventually turned pro in 2005 and ranked second on the same year's X Games.

The rider won his first gold medal at the 2006 X Games. He is also a winner of the 2009 X Games. In addition, the champ continued his winning streak in the 2012 X Games Los Angeles. He currently has nine medals, three in gold, silver, and bronze from his fourteen X Games appearances.

Aside from X Games, Scotty is a champion of the 2011 Dew Tour. Additionally, he has three more podium finish in the tour.

The BMX rider's career was soaring to new heights when suddenly he suffered a severe injury on October 12, 2016. While filming a YouTube video, he fell headfirst into a hole in the ground. Moreover, the incident caused damage to Cranmer's brain and vertebrae. He also sustained a brain hemorrhage that required surgery to remove part of his skull. 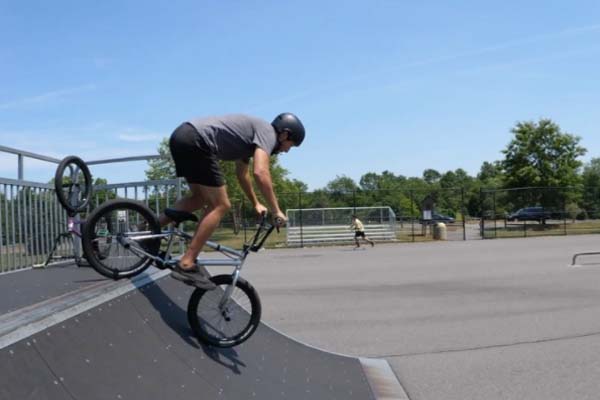 Despite the odds, the American rider made a remarkable recovery and went back to bike riding. Unfortunately, he hasn't been able to compete in BMX races. Nonetheless, Scotty has announced that he is training to make a comeback in BMX racing. So, hopefully, we will soon see him on the racecourse.

The cyclist hasn't revealed his income to the public as of yet. Nonetheless, the average salary of a professional biker amounts to $27 per hour and $56,452 yearly. Further, given his vast experience and incredible skills, Cranmer's salary must be relatively high than the given data.

Hence, Scotty Cranmer's net worth must have risen over the years from his successful BMX career.

Income From Bike Shop and Endorsements

Since his introduction to professional BMX racing, Scotty has been sponsored by Vans Shoes. He is also a brand ambassador for Fox Clothing, Pro-tec Helmets, Monster Energy, Hyper Bike Co., etc. In addition, the athlete has collaborated with Vans to create his signature shoes called Sk8-Hi Pro. It is available for $145 in the market.

Aforementioned, Cranmer owns a bike shop named SC Bicycles in Howell, New Jersey. The store offers bikes of different designs, sizes, and brands. In addition, the shop also sells apparel, accessories, and safety gear. Some of the products and their prices are tabulated below:

Scotty Cranmer also provides BMX advice to his followers on his content. His fatal injury and recovery period were also presented as a video story in 2016.

Let's take a look at one of his earliest bike tricks.

Hence, Scotty Cranmer has undoubtedly made a considerable sum from YouTube.

Alongside creating new BMX tricks, Scotty is a family man. However, he keeps his relationship lowkey from the public. Nonetheless, he is currently married to his long-time sweetheart Lisa Cranmer.

It isn't exactly known when the couple began dating. But going through Scotty Cranmer's then-girlfriend, Lisa Cranmer's Instagram account, they first revealed their relationship in 2012. Moreover, after dating for several years, the pair married on December 31, 2014. However, they only went on honeymoon three years later. 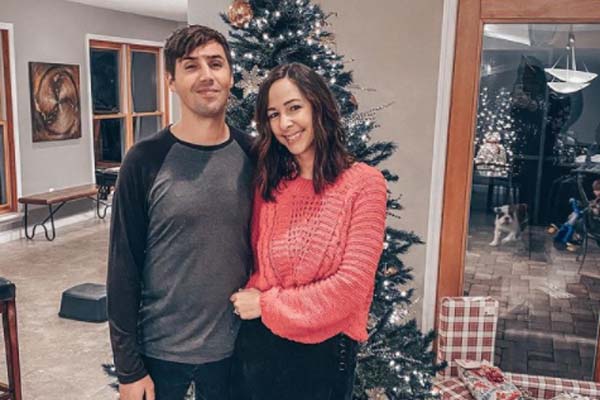 Scotty Cranmer's wife, Lisa, supported him throughout his recovery process from the bike accident. She also accompanies him in running the bike shop.

The duo often shares pictures of their vacations and travels on their social media accounts. They don't have any children as of yet.

Scotty Cranmer suffered a brutal injury that nearly took his life alongside his career. Still, he hasn't left the BMX world and is practicing to make a return to the racing world. We wish for him to have a great future ahead in BMX racing.