Scott Anthony Arceneaux Jr., a.k.a. Scrim ($crim), is a famous music artist, rapper, songwriter, DJ, and producer. He is one-half of the popular rap duo Suicideboys ($uicideboy$), with the other being his cousin, Aristos Norman Petrou, a.k.a Ruby da Cherry. His ear-piercing musical compositions with aggressive lyrical contents have gained him much fame in the hip-hop community. Arceneaux Jr.'s nicknames include Suicide Christ, $lick $loth, Yung $carecrow, Pontious Pilate, and many more.

The American punk rapper has released more than 30 recordings in his career. His contribution to the Suicideboys' immense popularity is very much laudable. From a garage DJ to a sensational rapper, Scrim has a fascinating biography under his name. Let's learn more about him.

Scott Anthony Arceneaux Jr. was born on April 11, 1989, in Marrero, Louisana. His parents, Scott Arceneaux Sr. and Toni Arceneaux, had three children, Gage Arceneaux and $lim Gucci being the other two. His cousin, Aristos Norman Petrou, a.k.a Ruby da Cherry is the son of Scott's aunt, his mother's sister. 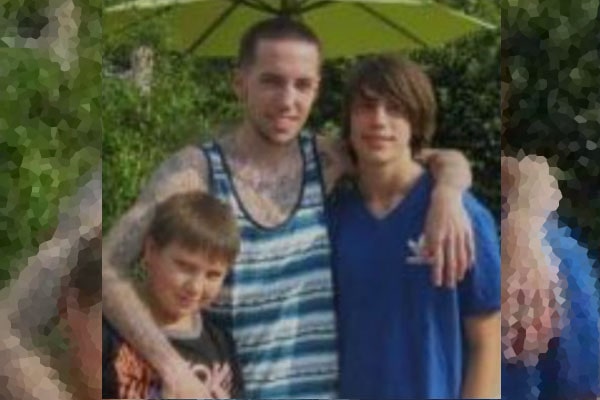 Scrim got introduced to rap at an early age. Influenced by rappers such as Gucci Mane, Lil Wayne, T-Pain, and Shawty Redd, he quickly became obsessed with the music genre. He began DJing in his pre-teen years, and at the age of 13, he started to host mixtapes for local rappers. At 19, he was already producing his own music.

Scrim's started his journey with a turntable set that was gifted to him by his parents. He was hired as a DJ in Delgado Community College to perform at various parties. He also worked as a salesman in a furniture shop for three years before getting fired for his tattoos. It is reported that Scrim used to sell drugs to fund his DJing career. 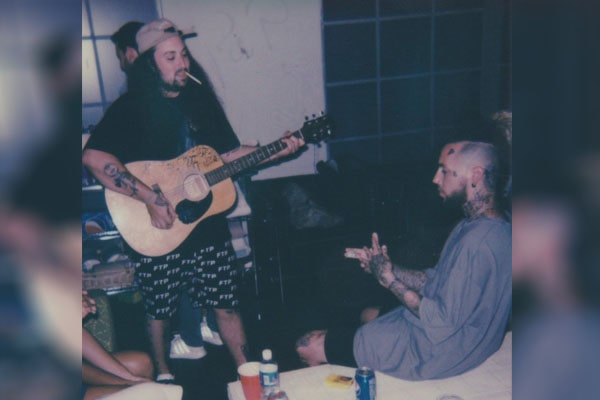 Scrim hit a turning point in his career when Ruby asked him to work together and create intense rap music. The two cousins formed Suicideboys with vows to commit suicide if their musical career didn't work out. Arceneaux even states about blowing his head off if the band didn't work out until he is 30 with Mass Appeal.

After then, the duo signed a contract with G59 Records, a label they currently own and operate. Since the deal, the pair have released several EPs like 'Kill Yourself Part I: The $uicide $aga (2014)', 'Black $uicide (with Black Smurf),' 'G.R.E.Y.G.O.D.S,' 'Radical $uicide,' and many more. Their first full-length project named 'Gray/Grey was released on March 3, 2015.

After the success of $outh $ide $uicide, the duo released the single 'F*CKALLOF YOU2K18' in 2018. With over a million plays on SoundCloud, Suicideboys' latest projects, 'Eternal Grey,' 'Radical $uicide' and 'Grey Sheep 2'  have also received love from fans all over the world. Coming to the present, Scrim and his cousin Ruby have become one of the celebrated underground rappers in the hip-hop community.

In 2020, Scrim released his first solo album, 'A Man Rose From the Dead, ' which is available on different online platforms like Apple Music, Spotify, YouTube, SoundCloud, Napster, and Pandora. It is reported that he created the 20-track mixture album from his self-isolation in a studio in Palm Desert, California.

$crim Net Worth And Earnings

Arceneaux has been active in professional music career since the early 2010s. Scrim must have earned a decent amount of revenue from his musical endeavors. So, let's see what adds to Scrim's net worth.

Suicideboys has released several albums, EPs, singles, and mixtapes through online platforms. Both of the pair might have earned a decent amount of earnings from their music sales. According to Social Blade, Suicideboys' official YouTube channel makes about an estimated $160.3K to $2.6 million yearly and $13.4K to $213.8K.

Furthermore, Scrim's fortune includes the amount he pockets from Suicideboys's album sales. Some of their major albums and their price on Amazon are listed below:

Since the duo has released albums at a pretty fair cost, they might have amassed thousands if not millions of dollars. Scrim could have collected half the revenue from the earnings. Furthermore, Arceneaux has also thrived in his solo career. He has released several singles and mixtapes with several artists like DJ Fletch and Coolest. Also, he released 'A Man Rose From the Dead' in 2020, which is priced at $9.49 on Amazon.

Besides, Scrim also has his own YouTube channel, where he regularly posts his music. According to Social Blade, the channel generates a revenue of about $61 - $977 per month and $733 - $11.7K per year. However, the amount seems to be less than what other rappers earn in a year, YouTube's earnings could also help increase Scott Arceneaux Jr.'s net worth.

Scrim is undoubtedly one of the emerging talents in the rap and hip hop community. With such artistry, Scrim can go further ahead in his career, earning millions of dollars from his music.

There are some sites that claim Scrim's net worth to be in millions of dollars. However, without an official verification, fans can only assume the rapper's total net worth unofficially. If the rapper carries on with such eccentric progress in music, then soon we can see the rapper's net valuation on the charts. Furthermore, looking at all of $crim's tattoos, it seems like he has spent quite a bit of money on his inks.

In 2016, Canadian DJ Deadmau5 accused Suicideboys of copyright infringement after the duo released their track, 'Antarctica.' With millions of plays on YouTube and SoundCloud, Ruby and Scrim had to take down their song after heavy criticism.

In September 2020, the Three 6 Mafia's Juicy J and DJ Paul filed a lawsuit against Scrims and Ruby for copyright infringement for their 35 original songs. Juicy and Paul were asking for at least $1.2 million in compensatory damages as well as an additional $5.25 million in statutory damages.

Is Scrim Single or Married?

The rapper himself has not yet confirmed the information about his previous relationships or girlfriend. Being in the music industry for at least 8 years now, Scrim must have had romantic relationships in the past. With no details from our legitimate sources, we are compelled to note Scrim's girlfriends as a mystery as for now.

Let's hope we can soon know about his relationships, girlfriend, and love life soon.

Like many underground rappers, Scrim has also inked some artistic tattoos on his body. Looking at his appearance, it's safe to say that he has changed his whole body into a canvas. As for the fans, Scrim's tattoos are just another way to define him.

Scrim has been carving different designs on his body for a very long time. He has also tattooed his face with phrases like 'DEAD,' 'I AM,' '2/3', 'JANICE,' 'DO NOT RESUSCITATE,' 'grey59', and many more. Just like Ruby da Cherry, Scrim's tattoos define his identity and his perception of life.