Rachael Blackmore is a professional jockey who became the first woman to win the Grand National. Photo Source: Social Media.

Horse racing is a dangerous and brutal sport that often features men jockeys racing their horses in the court. But several women athletes have also embarked on this adventurous game regardless of the risks involved. And one such individual is Irish jockey, Rachael Blackmore.

Since turning pro, the sportswoman has shown remarkable horse riding skills. She has won numerous tournaments and set new records. For instance, she became the first female horse rider to win the Grand National.

But how did Blackmore develop a passion for such a thrilling sport; let's find out in this biography.

The jockey was born on July 11, 1989, in Killenaule, County Tipperary, Ireland. Unlike many other riders, she doesn't come from a racing family; instead, Rachael comes from a modest background.

Rachael Blackmore's father, Charles Blackmore, was a dairy farmer who first taught her riding. He also gave her lessons on how to navigate obstacles.

Likewise, Rachael Blackmore's mother, Eimir Blackmore, worked as a teacher. Although she didn't initially believe her daughter would make horseriding her whole career, she has remained supportive. 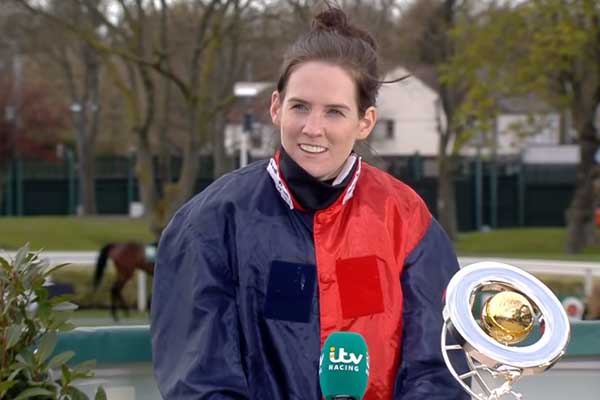 Unlike the professional rider, her siblings have chosen to pursue different career fields. For instance, her older brother, Jonathan Blackmore, is a graphic designer and her younger sister is a lawyer.

Growing up on a farm, Rachael learned pony riding, attended pony clubs and races at a young age. Then, at thirteen, she won her first match by defeating fellow jockey Paul Townend.

Although the Irish jockey was passionate about riding, she initially wanted to become a vet. So, she enrolled at the University of Limerick and balanced her studies and riding together. Eventually, she graduated with a degree in equine science.

Rachael Blackmore Net Worth And Career

Aforementioned, the sportsperson was aspiring to be a vet during her college years. But fate had another choice, and she ended up winning Tipperary Ladies' Handicap Hurdle in 2011.

The horse rider also secured seven more amateur wins and turned professional in March 2015. Since then, she has led a prosperous career and gained worldwide fame. Likewise, Rachael Blackmore's net worth is also heavily influenced by her profession.

The jockey's first pro win was at the Clonmel racecourse on September 3, 2015. She then made a breakthrough by becoming the first woman to win the Irish Conditional Riders' Championship in 2017. 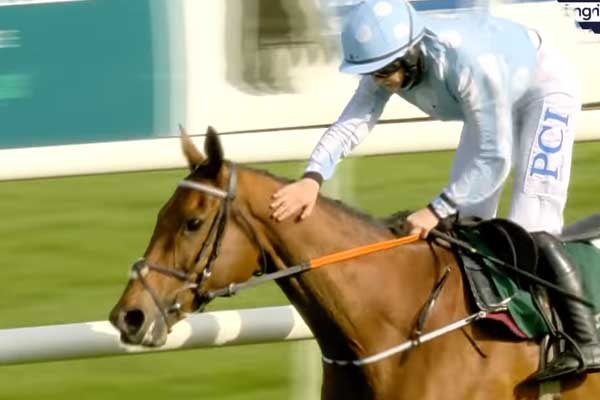 The horsewoman achieved her biggest win with Minella Times at the 2021 Grand National. She set a historical record of becoming the first-ever female to win the tournament and earned $498,326.25 (£375,000) from the event.

Furthermore, according to The Sun, Rachael Blackmore was on the path of winning $1.3 million (£1 million) in three weeks. She had competed in several events and pocketed hundreds of thousands in prize money.

Aside from that, Rachael's fortune also includes his income from her sponsors and endorsement deals. She is currently sponsored by Audi Naas, Phelan Caswell Insurances, etc.

Hence, Rachael Blackmore's net worth must be a notable figure since she earns considerably from her successful horse-riding career.

Another sportsperson who has amassed a fortune through prize money and sponsorships is Jack Lisowski.

Who Is Rachael Blackmore's Dating?

The Irish beauty has won the hearts of many people with her excellent riding skills and winning determination. Her fans are well-aware of her strong persona and competitive nature. But they are also eager to know whether she has reserved a soft spot for certain someone.

Well, the 5 feet 8-inch tall racer is currently seeing fellow jockey, Brian Hayes. The latter is a West Cork native who has participated in many horse races over the years.

The pair hasn't revealed much about when they began dating in the media. But from what we know, both live together in County Carlow alongside Willie Mullins' son Patrick Mullins.

Rachael Blackmore's boyfriend, Brian Hayes, began his racing career during his college years and turned professional after graduation. He also finished fifteenth in his Grand National debut in 2021. 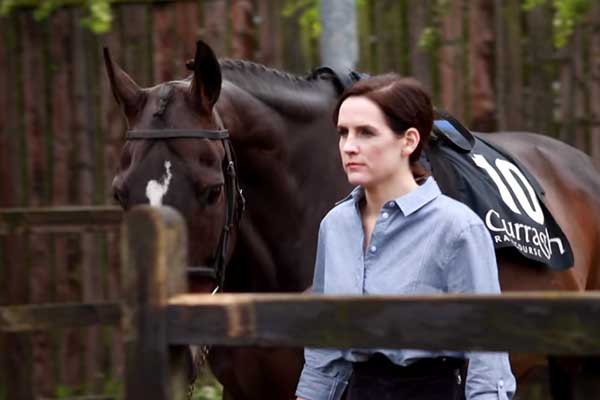 The couple is currently maintaining a low-key relationship. Nonetheless, both don't hesitate to talk about each other in the media and appear at public events. Moreover, Rachael is often seen training alongside her partner. Aside from racing, both seem to lead a simple life at home.

Blackmore has established herself as a racing queen in the sports industry. In addition, she has become an inspiration for other female riders with her straight victories. Hopefully, we will continue to see her progress in the future.