The 2020 Summer Olympics gold medalist and 2-time World Aquatic champion, Chase Kalisz, is an American competitive swimmer specializing in the 400-meter individual medley. Since 2013, the athlete has represented Team USA in various prestigious tournaments and won a handful of awards.

Chase Tyler Kalisz, better known as Chase Kalisz, first came into the limelight for securing second place in the 2016 Summer Olympics held in Rio. Following that, he continued to compete in numerous events, continually improving his performance. As such, everybody's attention was on this young athlete during the Olympic Games Tokyo 2020.

The American swimmer is all over the headlines for his incredible feat. Consequently, people are eager to learn more about this young competitor and want to get a glimpse into his personal life. If you are one of them, stick with us till the end as we unfold Chase Kalisz's biography.

Chase Kalisz was born on 7th March 1994 in Bel Air, Maryland. The young athlete spent much of his childhood around the neighborhood with his family. His father, Mike Kalisz, is the athletic director at Hereford High School, and his mother, Cathy Kalisz, is a housewife. Likewise, he has three siblings Courtney, Connor, and Cassidy. 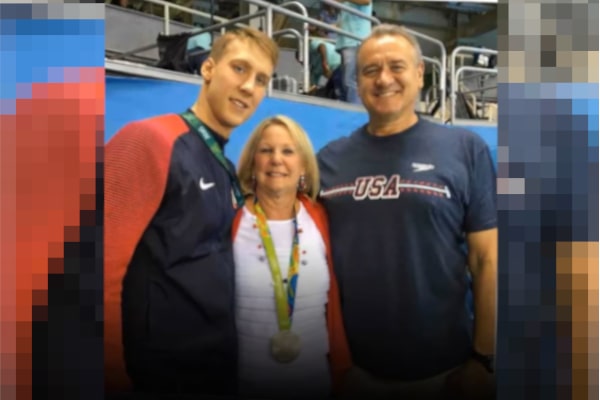 The Olympic champion Chase has made his parents proud through his accomplishments in his career. Photo Source: Social Media.

The young Olympic medalist completed his high school from Fallston in 2012 and attended the University of Georgia, where he studied business.

Although Mike and Cathy are not even casual swimmers, all four of their children are members of the North Baltimore Aquatic Club, an elite swimming club based in Baltimore, Maryland. The club has produced swimming legends like Michael Phelps and Allison Schmitt.

Besides, the eldest child of the family, Courtney, was a swimming prodigy, qualifying for three events at the Olympic trials when she had just completed eighth grade. Following in her footsteps, Chase began swimming at the tender age of 5 through club affiliation.

Although many of us are aware of Chase Kalisz's Olympic accomplishments, many are unaware that the Olympic champion was fully paralyzed when he was eight years old.

One night, Young Chase dragged himself into his parents' bedroom, crawling on his hands and knees. His father, Mike, had to carry him to the hospital. Later on, doctors diagnosed him with Guillain-Barre syndrome, a rare illness in which the immune system attacks the peripheral nervous system.

During his treatment, Chase was placed in a medically induced coma and required to breathe through a ventilator for several weeks. But, miraculously, Chase sped through his rehabilitation at an impressive rate and was back in the pool with his siblings in a couple of months.

Aforementioned, Chase began swimming at the age of five, thanks to his membership in the North Baltimore Aquatic Club and the great coach Bob Bowman. In 2012, the athlete made his Olympic Trials debut, finishing fifth in the 200 IM and sixth in the 400 IM (Individual Medley).

Sports personality Chase started to gain national attention when he placed 2nd in the 2013 World Aquatics Championships held in Barcelona with a time of 4:09.22. His time was only half a second slower than that of gold medalist Daiya Seto.

Nevertheless, Chase was able to improve his timing just a couple of months later, winning the 2013 NCAA Championships. The following year, Kalisz successfully defended his title. Afterward, he qualified for the 2016 Olympic Team in the 400 Meter individual medley.

Kalisz has been fortunate enough to attend Olympic events twice and secure medals on both occasions.

Firstly, the American competitor successfully completed his dream when he was selected to represent Team USA in the 2016 Olympic Games. Additionally, he made his debut at the Olympic event alongside his fellow Georgia bulldogs and his idol, Michael Phelps. At the event, Chase was placed second and missed the gold medal by only 0.75 seconds.

Following his win, the champion talked about how it was the last thing he wanted to accomplish in his swimming career. Moreover, Chase revealed that winning an Olympic gold medal was a lifelong dream of his which he successfully fulfilled.

Chase Kalisz Net Worth And Earnings

The American athlete has been swimming competitively as early as he can remember. As a result, Chase Kalisz's net worth primarily consists of earnings from his career as a professional swimmer. As reported by ZipRecruiter, the average annual salary of a professional swimmer is around $46,000, which varies according to sponsors and events. Given Chase's achievements and dominance in the profession, his income must be in the same range, or even more.

In addition, the American athlete is an Olympic champion and a runner-up. According to Vox, the United States Olympic & Paralympic Committee (USOPC) provides $37,500 to a gold medalist. Similarly, Chase is also a 2-time World Aquatic Championship medalist, and according to Swim Swam, the top eight performers in the events are awarded a significant amount in prize money.

Since he won the top prizes in the above-mentioned tournaments, Chase Kalisz's net worth must have increased tremendously from the funds he collected from all the winnings. 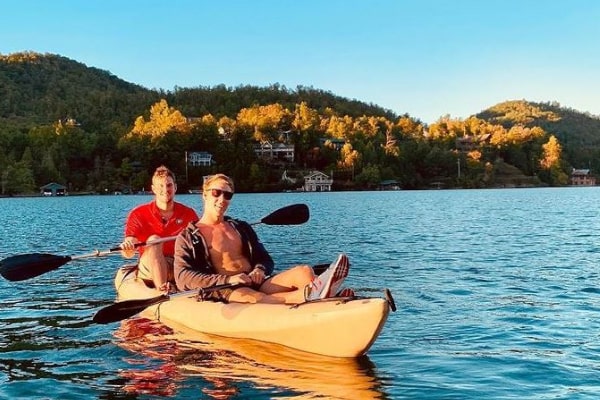 Chase Kalisz is able to live lavish and carefree life thanks to his income as a professional athlete. Photo Source: Chase's Instagram.

Besides, all the fame Chase has amassed through his career is sure to attract popular brands. The swimmer announced that he was appointed as a global athlete ambassador for Team MP (Michael Phelps) on 11th July 2019. Thus, he might earn a couple of thousand dollars from brand endorsements, which are likely to increase his revenue.

Although the Olympic competitor has not disclosed his income publicly, we can safely assume he has accumulated a sizable fortune over the years.

Is Chase Kalisz Dating Anyone?

With so much success and fame under his belt, the Olympic Champion Chase Kalisz is sure to attract a lot of attention and a huge fan following. But, as he continues to write history on the international stage, fans everywhere are curious about Chase Kalisz's girlfriend.

Even though Chase shares pictures of his fellow female athletes occasionally on Instagram, he has not mentioned any of them being his romantic partners. Furthermore, there is no indication of romance and affairs in any of his social accounts. Similarly, he likes to keep his love life secret as he has not discussed anything in front of the press that might hint us towards his girlfriend. 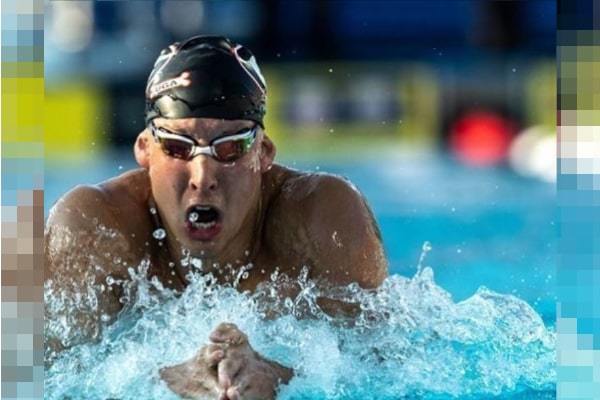 The American athlete Chase might be single at the moment as he is highly passionate about this career and has no time to build romantic relationships. Photo Source: Chase's Instagram.

Nonetheless, the athlete might be single at the moment as he is highly possessive about his career and devoted to breaking a plethora of records. Moreover, the American champion leads a hectic lifestyle where he is always busy training or competing in prestigious events across the globe.

Consequently, he has little to no time to build a romantic relationship. So, is Chase single or not? We are not sure, but we are certain that he is living his dream life of competing in prestigious events worldwide and collecting trophies for his country.