Sprint canoeist Nevin Harrison is the first American citizen to win the ICF Canoe Sprint World Championships. The sportswoman has gained well-deserved fame in the sprint canoe fandom due to her win. One of the strongest women sprint canoeists of the USA, Harrison has gained the interest of many from all over the world.

Nevin Harrison is one strong contender representing the USA in the 2020 Tokyo Olympics. Many people hope that she will bring home the gold medal. Now, let us take a better look at her life and successes.

Nevin Harrison was born on June 2, 2002, in the great city of Seattle, Washington. Her parents Mark Harrison and Laura Worthen raised her alongside her brother Finley Harrison. The family had a quiet and comfortable life in their hometown. 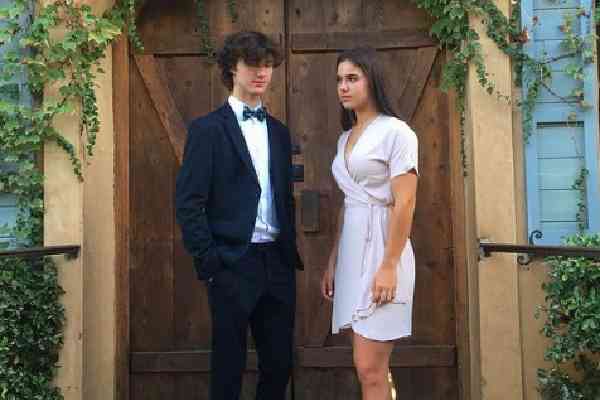 Olympian Nevin Harrison has a very supportive family who are immensely proud to see her compete in the Olympics. Photo Source: Nevin's Instagram.

Although she has already made her way to the Olympics, Nevin Harrison is just fresh out of high school. The sportswoman attended Roosevelt High School, from which she graduated in 2020. After her run at the Olympics, Nevin plans to attend college someday and graduate from a renowned medical school. But, even at a young age, the sprint canoeist dreams to help the people around her eventually.

The athlete got into kayaking and canoeing at a very young age. She made it into the Seattle Canoe and Kayak Club at the age of twelve. However, Nevin Harrison began competing internationally after a few years in the club. The youth's first competition for team USA was at the age of 15.

Nevin Harrison Net Worth And Career

The sprint canoeist is still relatively young. Thus, as a result, she has not had the proper opportunity to make big money all on her own. However, with her debut in the 2020 Tokyo Olympics, Nevin Harrison's net worth has been estimated to grow. Moreover, she may have already made big bucks with her wins in the numerous national and international championships.

Despite being a star athlete, Harrison dreams of becoming medical personnel someday. Depending on her choice of career, she could make a hefty paycheck from her work. According to Salary.com, an average doctor of any field can earn a median of $226,200 a year in the USA. Furthermore, in medicine, it is not the money but the safety and health of people that matters much more.

The passion and training for any kind of sports always start young. Similarly, Nevin Harrison began her career in sprint canoe at the age of 12 after joining the Seattle Canoe and Kayak Club. During her time in the club, the sportswoman participated in multiple national-level championships. Moreover, due to her excellent performances at the national level, she was selected to compete in the national team at 15.

Nevin Harrison's first international competition was in the Czech Republic in 2017, where she won the silver medal in the 1000m race for the 2002 age group. Following such outstanding performance, she was then selected to compete in several other international championships. Some of which are listed below.

With her 2019 win in the ICF Canoe Sprint World Championships, Nevin Harrison became the first American ever to win that title. Her fame grew a colossal amount. Furthermore, there were high hopes set on representing the USA in the Olympics and bringing home the gold.

So, the Olympian left her former club and joined the Gig Harbor Canoe and Kayak Racing Team in 2019. The switch turned out to be great for her as she became an even better athlete than before.

Although she was still in her teens, Nevin Harrison got selected for the 2020 Tokyo Olympics after a strenuous selection. The athlete was more than happy to share the news with her followers and well-wishers. The sprint canoe fans and the entire nations have high hopes for the young sportswoman to shine in the Olympics and make the country proud. 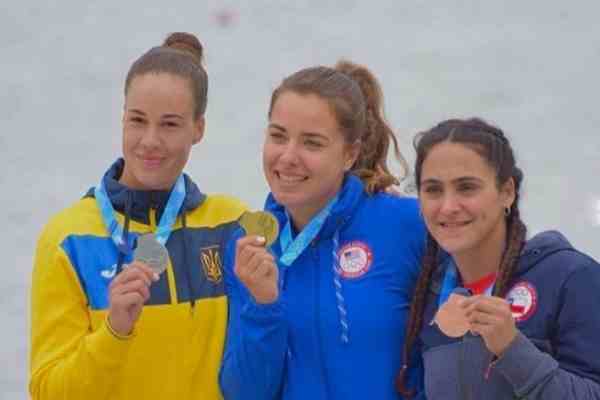 Nevin Harrison has won several international championships and won the respect of many even in her teens. Photo Source: Nevin's Instagram.

Despite being a beloved Olympian, she knows that it is not certain that she will not remain a competitive sprint canoeist for the rest of her life. So, Nevin Harrison must undoubtedly be looking forward to going to college and making a career for herself. Wherever life may take her, she will certainly succeed, and we wish her the best.

Does Nevin Harrison Have A Boyfriend?

Young, beautiful, and athletic, Nevin Harrison has undoubtedly made headlines since she won a gold medal in the 2017 ICF Canoe Sprint Championship. Since then, she has attracted the limelight towards herself, and many are curious about her relationship status. So, let's find out!

Unfortunately, Nevin has never spoken openly about her relationships. However, that does not mean that there has been no one linked to her. Over the past several years, the canoeist has been speculated to have dated many people.

After a photo that was posted on her Instagram alongside her teammate Alex Lee, many assumed that he was Nevin Harrison's boyfriend. But, sadly, Alex has been dating influencer Courtney Quinn for a long time, thus debunking people's theories. 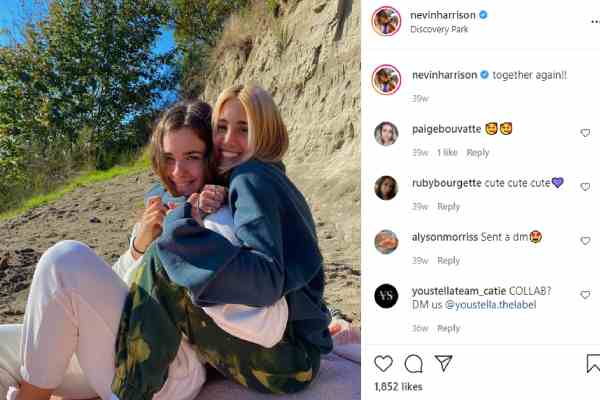 Nevin Harrison has been speculated to have dated several different people but the athlete is yet to confirm her own relationship status. Image Source: Nevin's Instagram.

Alex is not the only rumored partner of the Olympian. Some have even theorized that Nevin is attracted to women and has been dating one for several years now. Again, based on another Instagram post, the rumors started swirling about Nevin Harrison's girlfriend.

Whether the Olympian is attracted to men or women is not what matters the most. The most important aspect is that Nevin Harrison someday finds a partner who will cherish her for the awesome woman she is and support her throughout her life.

Even if she has not found her person yet, she will inevitably get to be with that person in the future. We wish her the best in finding her soulmate and living a blissful life.