Phil Bronstein is an American journalist and editor who serves as executive chairman of the Center for Investigative Reporting. Image Source: Wikimedia Commons.

There is no doubt that many influential personalities have shaped the profession of journalism over time. Their job as journalists requires them to be skilled, hardworking, virtuous, and ethical. However, we may argue that our current period, with its click-bait culture, has professional journalists spouting false and unethical news for the sake of views and popularity.

Despite this, some journalists in today's media still do an excellent job and greatly influence the public. Phil Bronstein is one of those journalists who has left an everlasting mark on journalism with his bold presentation and straightforward approach to reporting things.

Phil is well recognized for his work as an investigative journalist and war correspondent. Apart from this, he also serves as Executive Chairman of the board for CIR (Center for Investigative Reporting). Moreover, he is also known as one of the ex-husbands of actress Sharon Stone.

The journalist has served in the media for a long time and has established a significant reputation, but his journey has not been without challenges. So, in this biography, we'll learn about Phil Bronstein's personal and professional struggles.

On October 4, 1950, Phil Bronstein was born in Atlanta, Georgia. Despite his celebrity status, the journalist maintains a low profile and has chosen to keep the identities of his family hidden from the public eye.

Consequently, not much can be said about Phil Bronstein's family due to a lack of information. Similarly, Phil might be an only child because no evidence to the contrary has ever reached the media. 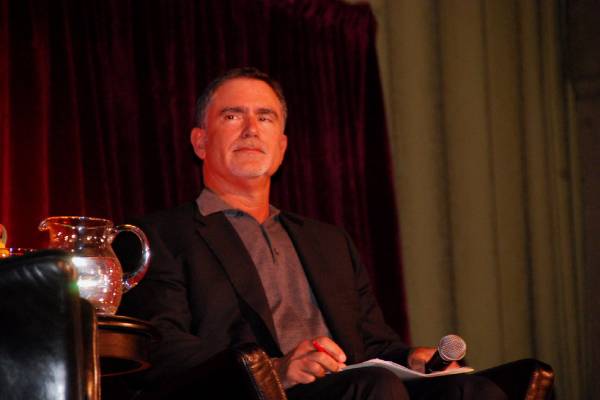 Phil Bronstein prefers to keep a low profile and has not revealed anything about his family, including their names. Image Source: Flickr.

Even though he was originally from Atlanta, Bronstein's family moved around frequently while he was a kid, so he spent much of his childhood in Montreal, Canada. Later, his family eventually settled in California. Phil pursued his education at the University of California, Davis.

While at Davis, Phil got his first taste of journalism while writing movie reviews for the school paper, and he was instantly hooked. As a result, Bronstein began his career in journalism before completing his degree.

At present, Sharon Stone's ex-husband is regarded as one of the most accomplished journalists in the industry, having established a solid reputation for himself. And, while most journalists are embroiled in controversies, Phil has done a remarkable job of avoiding unwarranted media attention. Therefore, it is evident that Bronstein's parents have done an outstanding job at raising the journalist.

Phil Bronstein Net Worth And Career

The Georgia native has been a journalist for nearly half a century and is widely regarded as one of America's most well-known television personalities. As a result, Phil Bronstein's net worth is comprised mainly of his successful and notable career as a journalist.

As for Phil's ex-wife, Sharon Stone has amassed a fortune of $60 million from her career as an actress, model, and producer.

Earnings As A Journalist

Bronstein began his career in journalism as a reporter for San Francisco's KQED-TV. Then in 1980, he was hired as a beat reporter for the daily newspaper The San Francisco Examiner. He then served as a foreign reporter who traveled war zones worldwide, including the Philippines, Peru, El Salvador, and the Middle East.

While working in the Philippines, the journalist covered the overthrow of Philippine dictator Ferdinand Marcos. Phil's reporting for this event earned him a place as one of the finalists for the prestigious Pulitzer Prize in 1986. Similarly, he was also honored by the Media Alliance, the World Affairs Council, the Overseas Press Club, and the Associated Press for his work. 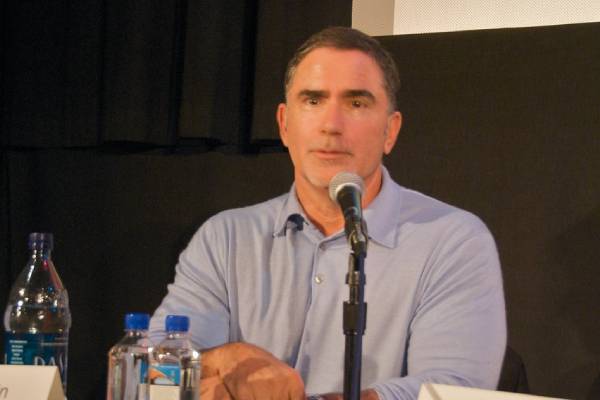 Phil Bronstein has been a journalist for nearly forty years and has received numerous honors and awards throughout his career. Image Source : Flickr.

Phil Bronstein's career took off when he was appointed to executive editor in 1991, a post he held for over a decade. And in 2000, Bronstein was made the senior vice president and executive editor of the San Francisco Chronicle, after Hearst corporation brought the company. Bronstein's fortune must have improved significantly following his promotion.

Soon after, he was made the editor-at-large for both the San Francisco Chronicle and Hearst Newspapers. In addition, he penned down a weekly column for the Chronicle. He also wrote blog entries for SFGate.

In 2011, Bronstein was named Chairman of the Board of Directors of the Center for Investigative Reporting. As a result, he left the San Francisco Chronicle and Hearst Newspapers in March 2012.

While the journalist has not disclosed his earnings, given that the average annual salary for a journalist in the United States is $52,905, Phil Bronstein's net worth must have grown dramatically during his time in San Francisco Chronicle.

Earnings From TV Series and Documentaries

Apart from working as a journalist, Bronstein has appeared in numerous television series throughout his career. The following are some of the series and documentaries in which Sharon Stone's ex-husband, Phil, appeared, along with the years released:

The journalist also appeared in the 2013 talk show, Fox and Friends. And while it may not be much, Phil Bronstein's fortune also includes the earnings he made from making appearances in TV series and documentaries.

Who is Phil Bronstein's Wife?

While the journalist has had a long and successful career, he has not had the same luck in his personal life. Many sites suggest that Bronstein has been married four times, but as per his IMDb, Phil has been married thrice.

Nevertheless, his personal life and high-profile relationships have made headlines many times. His tumultuous divorce from Sharon Stone, an American actress, producer, and former model, was one of the events that gained international coverage.

The now-divorced pair first met in 1997 while Stone was filming the sci-fi thriller Sphere with Dustin Hoffman and Samuel L. Jackson and instantly fell in love. So, without wasting any time, Phil married Sharon on February 14, 1998, and the couple was married for six years before officially calling it quits.

However, this was not the first marriage and subsequent divorce for either of the pair. Phil Bronstein was previously married to Gillian Wallace but divorced her in 1984 as per IMDb. On the other hand, Sharon Stone had tied the knot with Michael Greenburg.

While their marriage was not without its problems, no one expected the journalist to file for divorce. So, what went wrong in Sharon and Phil Bronstein's marriage? Let us find out in this segment.

Phil Bronstein's ex-wife, Sharon, suffered from an autoimmune illness that made it impossible for her to conceive children. However, after several failed attempts and three miscarriages, the former couple chose to adopt rather than take any more chances. 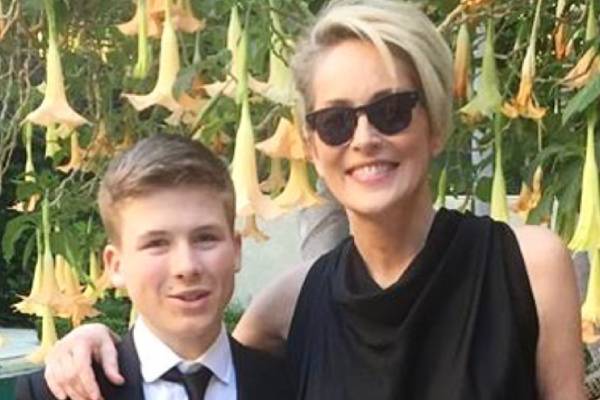 In September 2001, Bronstein's ex-spouse suffered a terrible stroke, resulting from a rupture in her brain's blood artery. And in Stone's own words, she was left to die alone.

Phil Bronstein filed for divorce shortly after, while the actress was still recovering, and their divorce was finalized on January 29, 2004. Stone and Bronstein initially enjoyed joint custody of their adopted kid. Still, after the journalist sued his ex-wife for parental custody, a judge granted Bronstein full custody of their son.

The reason behind Sharon and Phil's divorce is unknown, but the ups and downs of their marriage may have played a big role. Nonetheless, the journalist's love life was not over, and he soon discovered the love of his life. And as for his ex-wife, Sharon adopted two more boys, Laird Vonne Stone and Quinn Kelly Stone.

Moved On With The Daughter Of Louis Border

Soon after his divorce from the actress, the Executive Chairman of CIR married his then-girlfriend Christine Borders. Phil Bronstein's wife is the daughter of Borders Book Store co-founder Louis Borders and the founder of A Band of Wives.

The smitten couple tied the knot in 2006 and has since welcomed two children. But, unfortunately, Phil and his wife have chosen to keep their personal lives private, so little information about their relationship is available.

Nonetheless, we wish the pair well and hope that the journalist and his wife have a happy life together.