Soccer is the most-watched sport in the world. The audiences are deeply enthralled by every moves the players make on the field. However, sometimes the viewers aren't able to capture every happening of the game. And this is where sports commentators like Peter Drury come in. He describes the action on the field and further enhances the game experience for viewers.

The sports presenter is best known for his expressive literary commentating style. His words could brighten up even the dullest matches. Moreover, Drury's words are poetic instead of a simple briefing, making him more distinct and popular. For instance, his recent commentary on Cristiano Ronaldo entering the game as a Manchester United player garnered much admiration in the media.

We will take you through Peter Drury's beginning and journey in sports in this biography.

Peter Drury Was Passionate About Commentating From Childhood

The sportscaster was born on September 24, 1967, in England. He was passionate about soccer from a young age. Moreover, Peter Drury's brothers often accompanied him for a soccer match in the parks. His love for the game urged him to pursue a career related to it.

However, the young guy's skills were subpar, cutting his hope of becoming a professional player. But it made him realize his other talents, i.e., commentating about matches. Furthermore, Peter Drury's father and mother, Margaret Drury's daily activities, became his outlet for providing comments. 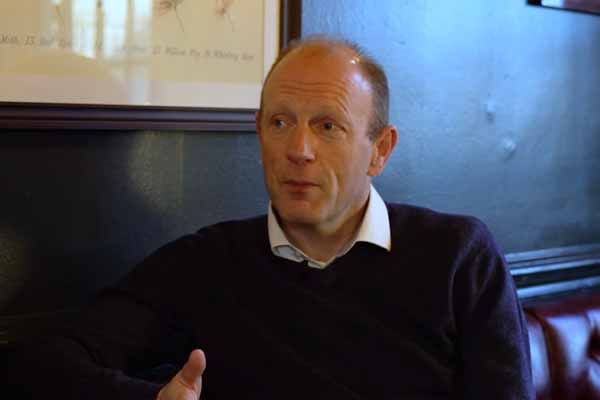 Peter Drury used to comment on anything happening around him as a young boy. Photo Source: Social Media.

Still, it was only a childhood fantasy for Peter. So, after graduating from St John's School, he majored in management at the University of Hull.

After getting his degree, Drury began working as an accountant. However, he found his calling towards sports commentary and left his job after a month. He soon began his journey as a sports announcer.

Peter Drury Net Worth And Career

The sports broadcaster has been in the industry for more than three decades. His steady voice and literary words have soared his popularity to new heights. As such, Peter Drury's net worth must be enormous thanks to his commentating career.

The sportscaster's career earnings include his income from his broadcasts of live matches. He also earns money from his guest appearances on television and other media platforms.

Although Drury hasn't revealed his salary to the public, one can expect it to be a considerable amount judging from his massive success.

The radio commentator began his television journey with ITV in 1998. He immediately received a golden opportunity of commentating on the 1998 FIFA World Cup. Furthermore, the sports announcer has commentated live for four World Cups and four European Championships for ITV. He has also covered several UEFA Champions League matches.

Moreover, Peter's comment for Lionel Messi's goal at the 2011 UEFA Champions League Final went viral. It also marked him as one of the greatest commentators. The television presenter soon delivered another legendary commentary at the 2018 UEFA Champions League semi-finals. His remarks increased the excitement of Roma's victory against Barcelona.

Let's see some of Peter's iconic commentaries over the years.

Drury often covers the soccer matches alongside his co-commentator Jim Beglin. Both have worked together since 1995 and have continued to comment on games. Moreover, Peter is counted among the best English commentator alongside Martin Tyler and Alan Smith.

At present, the sports presenter is working for CBS Sports and Premier League Productions. He covers UEFA Champions League and English Premier League with the networks.

According to ZipRecruiter, the average earnings of a sports announcer is $17 an hour and $35,427 yearly. Nonetheless, Peter Drury's salary must be higher than the given amount considering his three-decades-long experience and skills.

Thus, Peter Drury's net worth must have increased alongside his progressive commentary career.

Peter Drury Is Married To Vicky Drury And Has Three Children

Although the Englishman is bold and frank while delivering comments about soccer, he rarely opens about his personal affairs. He has also never revealed his family members in the media. Nevertheless, the sports commentator is married to his partner Vicky Drury.

Due to his love for privacy, the British commentator has never made public appearances with his other half. Still, Peter Drury's wife, Vicky, must be proud of his achievements and also supported him in every step of his career. 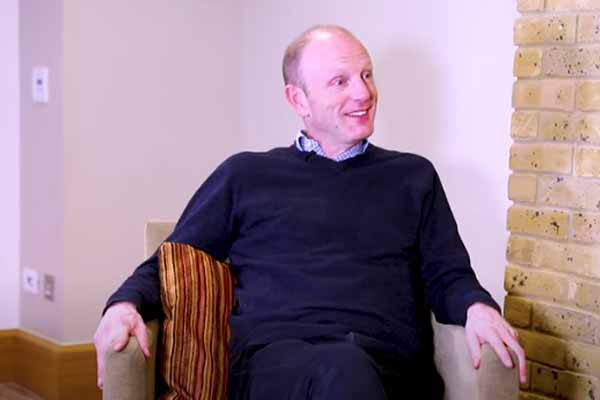 Moreover, the Drury pair are proud parents of three sons. But again, Peter Drury's sons Adam Drury, Dan Drury, and Joey Drury have never been seen with their father. The former has undoubtedly managed to keep his spouse and children away from the media's scrutiny.

Peter Drury is still delivering iconic lines and comments on the soccer matches. Despite the popularity, he is humble and considers the players' efforts the main reason behind the fans watching the games rather than his statements. Hopefully, we will continue to see him commentating in more matches in the future.