Best known to younger generations as the FIFA game series' commentator, Alan Smith has become an enigma in the English soccer scene. Soccer enthusiasts love the former Arsenal legend for his calm and diplomatic attitude. However, this was not always the case.

Once, even adept defenders feared the presence of Smith on the ground. His unique flair for making brilliant passes combined with beautiful finishing ability made him a dangerous opponent.

Alan scored two of the most critical goals in the history of Arsenal and won two golden boots. As a result, the athlete is often mentioned as one of the top Gunners strikers. Yet, despite his massive success, the former English soccer icon prefers to remain out of the spotlight. Thus, not much is known regarding his personal life.

Regardless, this has not deterred his curios fans from trying to scavenge little-known facts about him. So if you are one of them, come along as we uncover Alan Smith's biography and discover his intimate life.

Well, not much is known about Smith's childhood and early years. The TV personality has been successful in keeping his family life a mystery. Consequently, the names of his parents and siblings are unknown.

Nevertheless, it is confirmed that Alan was born as Alan Martin Smith on 21st November 1962. He grew up in Hollywood, a large village located in the Bromsgrove district of Worcestershire. Here, he learned the fundaments of soccer and took the first steps to become a professional athlete. 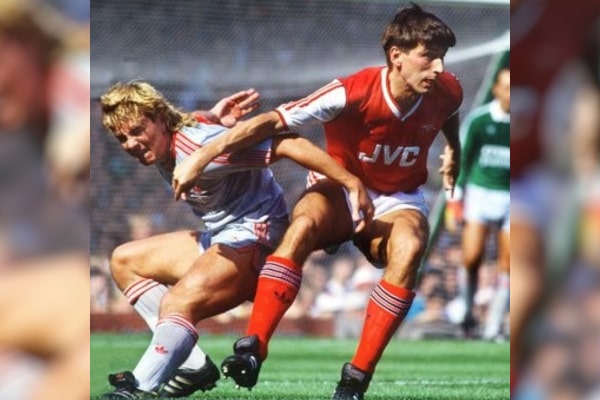 Alan Smith's (right) parents introduced him to soccer as an kid and later supported his decision to turn into a professional player. Image Source: Social Media.

Moreover, Smith mentioned in an interview that he played soccer since he was a toddler. Considering his success, it is almost a given that his parents helped him flourish as a young talent and supported his career choice.

Little Alan was able to impress his townspeople with his soccer skills. Hence, domestic soccer club Alvechurch called him early on to play for them.

However, Alan Smith's parents made him stay in school and complete his A levels. He even went to university for a year but quit midway when he was offered a contract from Leicester City.

In June 1982, Leicester City offered a contract to Smith after being impressed by his skills while playing for his hometown club. Subsequently, he formally committed his services to Leicester City after signing a professional contract with the club.

While playing with the Foxes, Smith and Gary Lineker combined for 13 goals in his debut season, helping them be promoted to the Premier League. He played with Leicester for five years, scoring 84 goals in 217 matches. In 1987, he was sold to Arsenal.

During his tenure with the Gunners, Smith aided them to win all three major domestic trophies. Thus, he uplifted two League Championship cups, the FA Cup and the European Cup Winners' Cup.

Moreover, Smith scored a total of 115 goals in eight seasons at Highbury. Two of his most memorable strikes for Arsenal are his opening goal at Anfield against Liverpool, which helped them win the league, and the decisive goal against Parma in the European Cup finals.

Let us take a look at a tribute video for Alan Smith for his amazing time at Arsenal:

The sportsperson was Arsenal's leading scorer for four straight seasons and the First Division's top scorer in 1988–89 with 23 goals. Consequently, he won the golden boot two times.

However, Alan had to make an untimely retirement from professional soccer after sustaining bone damage to the top and bottom of the knee joint. Following surgery, Smith was informed that he wouldn't be able to play soccer competitively anymore. As such, he announced his departure in July 1995.

After his retirement, Smith began working as a commentator and studio pundit for Sky Sports. In addition, he was a co-anchor on ESPN's coverage of the 2011 Champions League final with Martin Tyler.

On 30th June 2011, EA Sports revealed that Smith would replace Andy Gray as Tyler's co-commentator for FIFA 12. Since then, the pair commentated on the games up until FIFA 20. Nonetheless, they were both cut off for FIFA 21.

Furthermore, Alan also did a ton of writing as a soccer columnist. He even released his own book in August 2018 called "Heads Up: My Life Story." The book is an autobiography that sums up Smith's experience as a professional athlete.

Alan Smith Net Worth And Earnings

The former English soccer player has accumulated a fortune over the years. Through his professional career, as well as other media ventures, Smith has earned massive wealth.

Here, we will provide details on Alan Smith's net worth and discover his multiple sources of income.

Aforementioned, Smith entered the professional scene by signing a contract with Leicester City. Even though the agreement details are not disclosed, he must have been compensated well for his services.

Later on, Alan was transferred to Arsenal and won many prestigious tournaments with them. He has previously mentioned that the highest salary during his time with the Gunners was around $200,000 per year. With eight years spent with the team, Smith indeed generated enormous revenue.

Smith's Earnings As A Commentator And Author

Aside from his professional career, Alan Smith's net worth includes his remuneration as a broadcaster and writer. The average annual salary of a soccer commentator is around $79,000, according to Comparably. 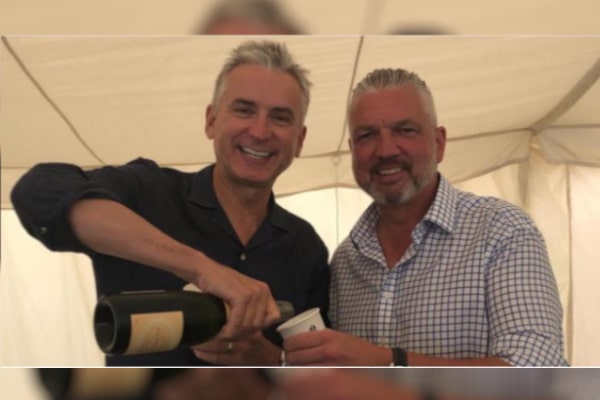 Smith has been working as a critic for Sky Sports since his retirement. As a result, he must have earned a hefty sum of money. Additionally, his work for FIFA games is recognized by all. The ex-Arsenal icon worked with EA Games for almost a decade. Thus, he must have been paid decent cash for his services.

As previously stated, he also wrote his own book. The book is accessible for sale on Amazon for $26.99 for the hardcover and $15.66 for the paperback. Through the sales of his book, he sure has amassed huge assets.

Alan Smith Shares A Strong Bond With His Wife

Only a handful of people are aware of Alan Smith's love life and romantic history. The Sky Sports commentator leads a modest life and is not particularly interested in flaunting his intimate relationships in front of the media.

Nevertheless, time and again, the athlete has mentioned his partner, Penny Smith. In addition, Alan Smith's wife, Penny, has supported him through hard times and played a significant part in his recovery from untimely retirement. And the former soccer player is thankful for her support. 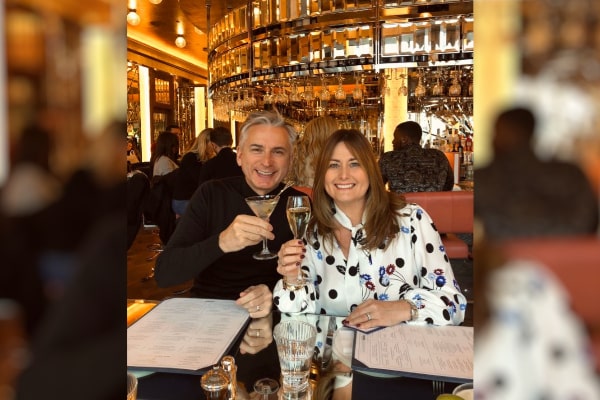 Even after years of marriage, Smith is in a happy relationship with his wife. Yet, according to the BBC, a third of soccer athletes get divorced within a year of their marriage. These numbers clearly help us paint the powerful connection Alan has with his spouse.

Smith Is A Proud Father To Two Daughters

Alan has formed a lovely family together with his spouse, Penny. The couple is parents to two gorgeous girls, Emily Schofield and Jess Smith.

Smith shares a beautiful bond with his daughters and even dedicated his book to them and his wife. Similarly, his children also frequently express how blessed they feel to have Alan as a dad.

Both of Alan Smith's children are grown up now and have their own careers. As such, the Smith family rarely gets together, but they make sure to have a lot of fun when they do.

We wish Smith's family long-term prosperity and look forward to learning more regarding his wife and children in the future.