NBA YoungBoy is a famous hip-hop artist, best known for his Billboard chart-topping singles Outside Today, All In, etc. Photo Source: Social Media.

NBA YoungBoy is not a new name in the music world. From making smash hits to spending time behind bars, he has done it all. Moreover, the rapper is known for his southern hip hop and gangsta rap. He gained popularity right from the release of his first mixtape back in 2015. Since then, he has been producing more music and generating a huge fan following.

The artist was nominated for Best Impact Track in the 2019 BET Hip Hop Awards. He also won the Winning Rap Songs in the 2021 ASCAP Rhythm & Soul Music Awards. However, the media person's success didn't happen overnight. He faced many obstacles and established his name all by himself.

So, let's go through NBA YoungBoy's music career and private affairs in this biography.

The singer was born Kentrell DeSean Gaulden, on October 20, 1999, in Baton Rouge, Louisiana. He later adopted his stage name that stands for YoungBoy Never Broke Again. Moreover, NBA YoungBoy's father was arrested and sentenced to fifty-five years in prison when he was eight years old.

Soon after, NBA YoungBoy's mother, Sherhonda Gaulden, abandoned him and left him in his maternal grandmother's care. 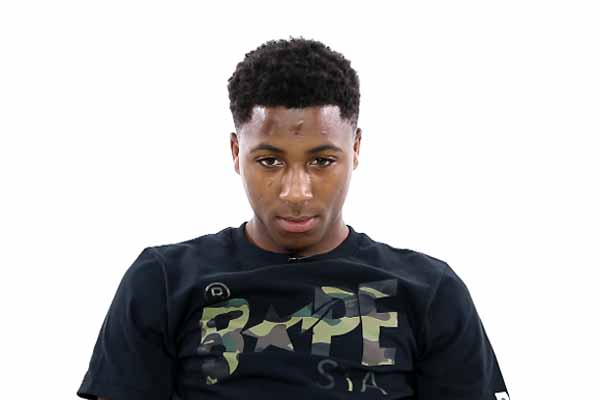 NBA YoungBoy had to fend for himself from a young age. Photo Source: Social Media.

After his grandmother died in 2010, the young guy moved with fellow rapper NBA 3Three's family. He was passionate about rapping from a young age and soon began to pursue his dream with his new family. In addition, Gaulden and 3Three started performing criminal activities to pay for their time in the studio. They even stole car batteries out of 18-wheelers and sold them.

YoungBoy had dropped out of school in ninth grade to focus on his music career. However, he was soon arrested for alleged robbery and sent to a detention center in Tallulah, Louisiana. Nonetheless, the hip-hop artist headed back to get his high school diploma in Scotlandville Magnet High School in 2017.

NBA YoungBoy Net Worth And Career

Since starting his music career in 2015, the American rapper is creating soulful music for his fans. As a result, he has gained wide popularity and fortune from his profession. So, NBA YoungBoy's total worth mainly comprises his earnings from album sales, concert performances, collaborations, merchandise, etc.

The artist also has a huge fan following on his social media accounts. His YouTube videos boast millions of views and likes; it also adds up to his income. Thus, combing all the sources, NBA Youngboy's net worth stands at a gigantic $6 million.

Aforementioned, NBA YoungBoy funded his rap career by himself. His first mixtape, Life Before Fame, was released in 2015. Moreover, the album established him as one of the emerging rappers in the music industry. It was received well by the public and garnered many positive criticisms.

Afterward, the singer released several other mixtapes Mind of A Menace, Mind of A Menace 2, and Before I Go. Finally, however, he got much recognition for his mixtape 38 Baby, released in October 2016. It featured other Baton Rouge rappers Boosie Badazz, Kevin Gates, Stroke Tha Don, and NBA 3Three.

In late 2017, YoungBoy signed a deal with Atlantic Records. He then released his first studio album Until Death Call My Name in April 2018. The album peaked at no. 7 in the Billboard 200 Album chart. It has many tracks, namely, Outside Today, Diamond Teeth Samurai, Preach, Overdose, Astronaut Kid, etc.

Since then, NBA YoungBoy has released several albums and mixtapes. Some of their prices on Amazon are as follows:

The songwriter has collaborated with many notable artists over the years. Some of them are Lil Wayne, Polo G, Lil Baby, Plies, Trippie Redd, Snoop Dogg, Birdman, Future, etc. Moreover, NBA joined Juice Wrld to release a single Bandit in October 2019. The song became his highest-charting single after peaking at number 10 on the U.S. Billboard Hot 100.

Thus, NBA YoungBoy's net worth must have risen over the years alongside his prospering music career. Also, he has been on numerous tours and performed at various festivals. As a result, the Louisiana native must have earned a considerable sum from them.

Like other singers, NBA YoungBoy also makes a certain amount from his YouTube channel. He began his career by uploading his music on his channel. Moreover, the artist has 9.73M subscribers and more than eight billion total video views.

Watch one of YoungBoy's most popular music videos below.

According to Social Blade, NBA's monthly earnings fall between $37.1K - $594.1K, and his yearly earnings ranges between $445.6K - $7.1M. He has a million views on average on his videos. In addition, the artist was listed on YouTube's Top Music Artists for 101 weeks. It also made him the most-viewed musician in all genres.

Thus, with such a huge fan following, NBA YoungBoy's earnings benefit from his YouTube channel.

Alongside creating albums, NBA YoungBoy has created his own line of merchandise. His products include T-shirts, hoodies, shorts, caps, hats, etc. Furthermore, the items are inspired by his album concepts and artistic vision. They are often sold out right after their release in the market.

Some of the merch and their prizes are tabulated below:

Hence, NBA YoungBoy's net worth also comprises his income from his merch sales.

As a famous hip-hop artist, many people are curious about NBA's relationships. Unfortunately, unlike his record-breaking songs, YoungBoy's romantic life hasn't been stable. Moreover, he has fathered multiple children with different women over the years. Let's get to know about them in this section.

NBA YoungBoy's firstborn, Kayden Gaulden, was born on July 14, 2016, to his then-girlfriend Nisha. The latter also gave birth to his first daughter Armani Gaulden in June 2020.

After separating from his first baby mama, NBA went on to date Starr Dejanee. He has a son, Kamiri Gaulden, from this relationship. Moreover, the rapper was considered to be a father of a baby boy named Kamron. However, he later found out the Kamron wasn't biologically his but has decided to raise the child as his own. 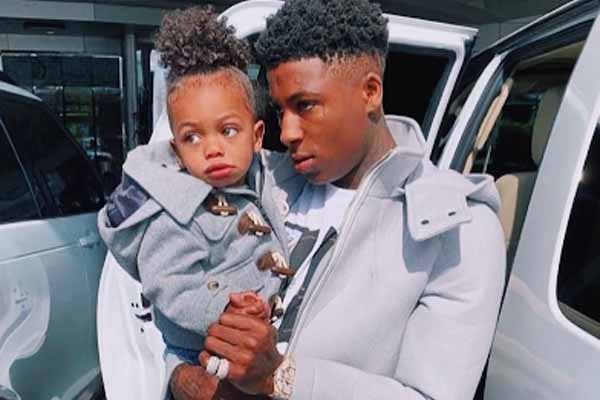 In addition, the singer is said to have a baby with LaPattra Lashai Jacobs, but not much information is available about the child. NBA YoungBoy's daughter, Kodi Capri, is birthed by Houston actress Drea Symone.

Furthermore, the musician began dating Iyanna Mayweather in 2019. The latter is the daughter of legendary boxer, Floyd Mayweather. However, the ex-pair had a rocky relationship right from the start. NBA YoungBoy's then-partner Mayweather was even arrested for allegedly stabbing LaPattra Lashai Jacobs in April 2020.

Despite having multiple children, the song producer always has time for each one of them. He is also supporting his baby mamas to raise his kids.

After breaking up with Iyanna Mayweather, NBA YoungBoy soon moved on with Jazlyn Mychelle. She is a renowned YouTuber and social media influencer. Moreover, it isn't exactly known when the pair began dating. But, they made it official in January 2021. 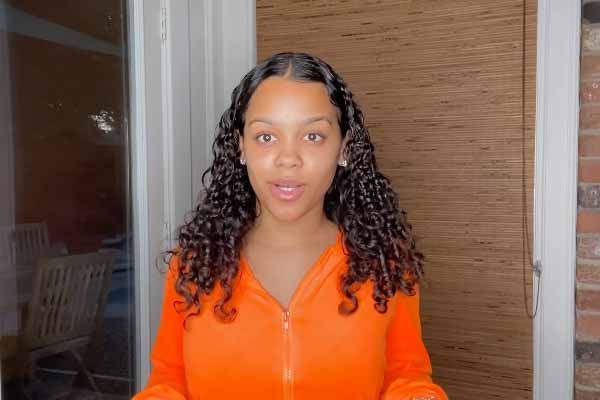 The couple is often showing off their affection for each other on social media. They also go on many vacations and travels together. In addition, NBA YoungBoy's girlfriend, Jazlyn Mychelle, is currently pregnant and expecting a child. She revealed the news via her Instagram posts which her boyfriend later confirmed.

NBA YoungBoy has been having legal issues for a long time. Aforementioned, he was arrested for robbery at a young age. Moreover, the rapper was again detained by U.S. Marshals on November 28, 2016. He was accused of opening fire on a group of people on South Baton Rouge Street.

The musician was charged with an out-of-state warrant and two counts of attempted murder. He later received a suspended ten-year prison sentence and three years of active probation. Furthermore, NBA was caught by cops for allegedly committing assault and weapon violations on February 25, 2018. However, he paid $75,000 bail and was released from prison. 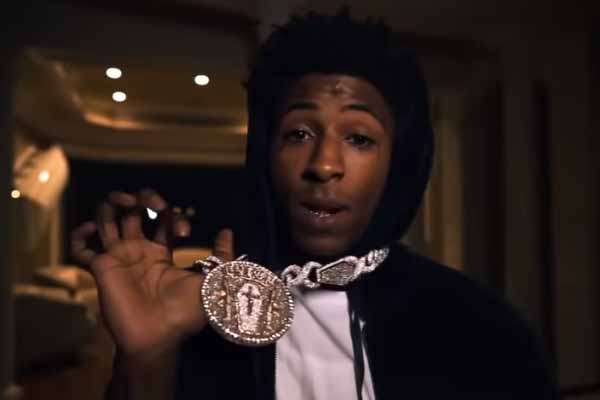 Furthermore, YoungBoy was arrested with other sixteen people on September 28, 2020, for the possession of stolen firearms. He initially denied the claims and was released. However, on March 22, 2021, YoungBoy was taken into custody by federal agents executing a federal warrant. He has pleaded not guilty to the weapon charges. He is currently in jail and waiting for his hearing.

Nonetheless, we hope NBA YoungBoy would soon get justice and return to the music industry.