Joseph Antonio Cartagena is a famous rapper, actor, and music video director known by his stage name Fat Joe. He is the founder of hip hop record label Terror Squad. The rapper's famous single "Flow Joe" reached number one on the Billboard Hot Rap Songs while his album Jealous Ones Still Envy (J.O.S.E.) was certified as platinum by the R.I.A.A.

Joe is one of the famous celebrities known for making hit songs with rappers like Ja Rule, Lil Wayne, Remy Ma, French Montana, and DJ Khaled. His featured albums and singles with various artists have helped the musician enjoy a successful career. Let's learn more about Joseph's biography.

Fat Joe, aka Joseph, was born on August 19, 1970, in Bronx, New York. He was born to his parents of Puerto Rican and Cuban descent, Ernesto Delgado and Marie Cartagena. Joseph's full name is Joseph Antonio Cartagena.

Fat Joe loves to spend time with his family circle and often posts their pictures on his social handles. The rapper has decided to keep his family members away from the spotlight.

In the early 1990s, Fat Joe was part of a rap group called D.I.T.C. and performed as Fat Joe da Gangsta. He was quickly signed by Relativity Records and released his debut album, Represent, in 1993. Its lead single Fat Joe peaked at number one on the Billboard Hot Rap Singles Chart. He put out his second album, Jealous One's Envy, two years later. The rapper founded Terror Squad, a hip-hop record label, in 1997. He signed record deals with Atlantic Records in 1998 and published his third album Don Cartagena, which peaked on the Billboard Top R&B/Hip Hop albums. He worked with Jennifer Lopez on her On the & album with late rapper Big Pun. The music industry has been the primary source for the rapper and has helped increase Fat Joe's net worth.

In 2001, the rapper released his fourth album, Jealous Ones Still Envy, featuring multiple artists and also made a diss track aimed after 50 Cent after the fellow rapper dissed him first in his song. It created a feud between them, which also raised their popularity. They were later seen together at a mutual friend's funeral, so we can assume things are normal between the two. Joe's album Jealous Ones Still Envy(J.O.S.E.) was certified platinum by the Recording Industry Association of America. (R.I.A.A.) The rapper is known for his songs like All the way up, YES, Another Round, and many other hits.

Furthermore, the rapper is also involved in the film industry and has appeared in several movies like Scary Movie 3, Prison Song, Thicker Than Water, Blazin, Lady Rider, Checkmate, etc. With such credits under his name, It must have certainly helped Joseph to increase his earnings.

According to Celebrity Net Worth, Fat Joe's net worth is estimated to be $4 million. He made his fortune through various endeavors in life. He is an actor, music director, rapper, and C.E.O. of Terror Squad. Joseph's primary source of income comes from his career as a singer and rapper. He has also appeared in various movies like Lady Rider, Feel Rich, Narx, Scary Movie 3, Prison Song, Blazin, Whiteboys, Thinner Than Water, and Urban Menace. His contribution to Hollywood has undoubtedly helped the rapper accumulate a lot of wealth. 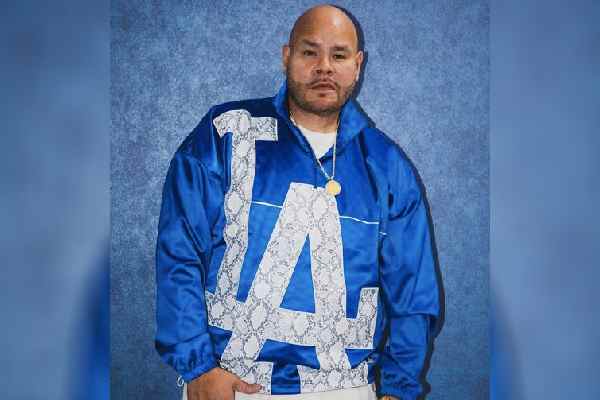 With numerous hits over his career, we can be sure that Fat Joe has a lot of money. The actor has a big mansion in Miami where he lives with his family, which cost him over $550k. He is also passionate about his car collection and owns a Rolls-Royce, which costs around a million, and a Cadillac worth thousands of dollars. This shows the lavish lifestyle that Fat Joe enjoys.

The rapper has a successful career and has undoubtedly made millions of dollars. With the help of his fortune, Joseph has been very generous and helped several communities. He has donated computers and a media lab to his old school in the Bronx, New York.

Fat Joe has also been a supporter of Michelle Obama's Let's Move initiative against childhood obesity. He has also shown his support for the LGBT. community. While he has amassed a fortune and lives lavishly, Fat Joe also does not forget to give back to society.

Talking about his relationships, Fat Joe's wife is Lorena Cartagena. She has appeared in a documentary series called Unsung. Apart from this, Lorena has stayed away from the spotlight. The lovely couple got married in 1995 and have three beautiful children named Joey Cartagena, Ryan Cartagena, and Azariah Cartagena. Joe's sons Joey and Ryan are offsprings from his previous relationship.

Speaking of Fat Joe's children, Joey has been diagnosed with Autism Spectrum Disorder, while Ryan has a passion for music and is set to step into his father's shoes. Azariah Cartagena is the only daughter of Joseph and Lorena. 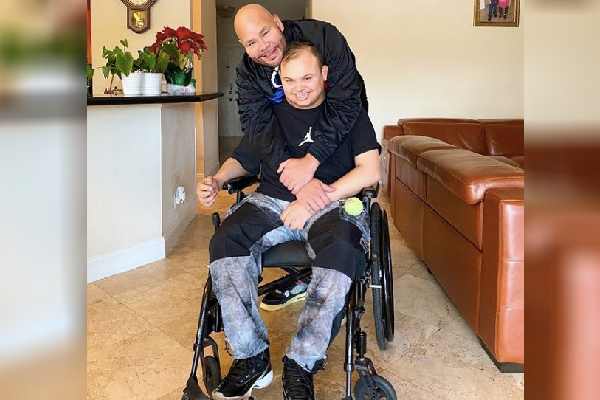 The family has been living happily together since. However, Lorena broke up with him after finding her husband's extramarital affairs. In 2012, there were rumors that the duo wanted a divorce; however, the couple was able to patch things up between them. The beautiful pair have been together for twenty-five years and are still together despite their problems. The couple is now focused on their children, and we hope they have a bright future ahead.

Amanda Wilcox Patterson is a well-known Christian singer and worship leader who goes by ...

Jeffrey Loria is a well-known American art dealer. He has collected some of the most expensive ...