America has seen numerous influential female figures over the years. But, Mika Brzezinski, aka Mika Brzezinski Scarborough, could be ranked among the top members of that list. Moreover, Mika is a veteran journalist who has been in the industry for more than three decades. She has covered and reported many news stories throughout her career.

The media personality was initially a CBS news correspondent. She served as a principal Ground Zero reporter for the coverage of the September 11, 2001, attacks. Furthermore, the columnist is currently co-hosting MSNBC's weekday show, Morning Joe. She joins her husband, Joe Scarborough, in the program.

Here we will go through Mika Brzezinski's career and private details.

Is A Daughter Of Diplomat

The newscaster was born Mika Emilie Leonia Brzezinski, on May 2, 1967, in New York City. She is half Polish and half Swiss and comes from a political background. Moreover, Mika Brzezinski's late father, Zbigniew Brzezinski, was a Polish-American diplomat and political scientist. He later served as a National Security Advisor for former U.S. president Jimmy Carter.

Likewise, Mika Brzezinski's mother, Emilie Anna Benesova, is a grandniece of Czechoslovakia's former president Edvard Benes. She is of Swiss and Czech heritage and worked as a sculptor. 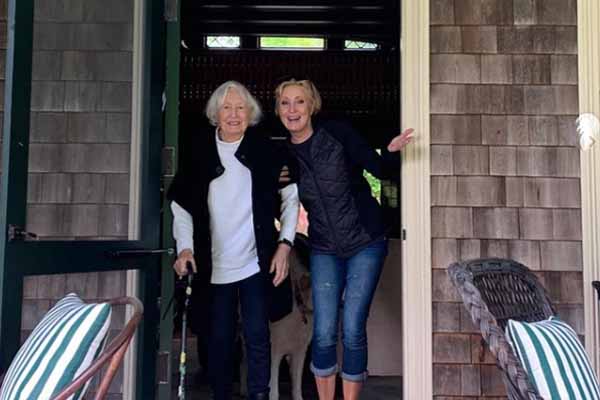 The reporter's family greatly emphasized the importance of education during her childhood. However, she wasn't interested in academics like her siblings. Eventually, Brzezinski's father, Zbigniew, admitted her to Madeira School, an all-girls school. The change of environment helped her to gain focus on her studies.

After completing high school, the young girl enrolled in Georgetown University. She was there for two years before transferring to Williams College. Finally, she graduated with a Bachelor of Arts degree in English in 1989.

Mika Brzezinski Net Worth And Career

The journalist is one of the most respected reporters in America. Her efforts and hardships in uncovering the hidden truth are phenomenal. Moreover, alongside popularity, Mika has amassed a fortune from her journalism profession. Her wealth includes her income from freelancing, program hosting, guest appearances, talk shows, etc.

The news anchor has authored several books in her career. Her earnings also come from her book sales and promotional tours. Hence, combining all the sources, according to Celebrity Net Worth, Mika Brzezinski's net worth stands at a gigantic $20 million. She is undoubtedly one of the most financially successful media figures in the States.

Mika Brzezinski started her career a year after her university graduation. She joined ABC's World News This Morning as an assistant in 1990. However, the news reporter only served there for a year before moving to Fox-affiliate WTIC-TV/WTIC-DT. There she served as a general assignments reporter.

Mika's journey with CBS began with its affiliate WFSB-TV/WFSB-DT in 1992. She initially started as a reporter and later got promoted to a weekday morning news anchor. Eventually, the journalist joined CBS News as a correspondent. She gained much recognition after becoming a principal Ground Zero reporter on 11th September 2001. 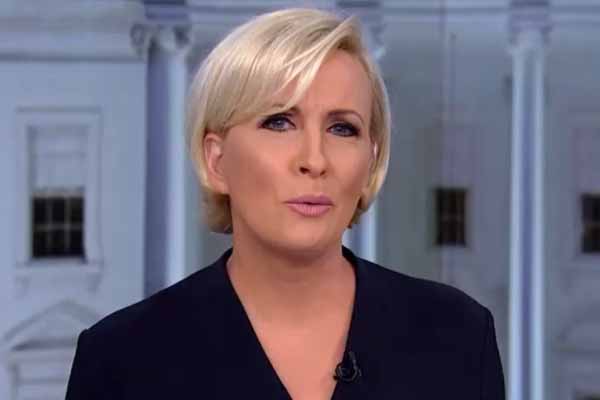 The correspondent covered the in-depth details of Islamic group al-Qaeda's four terrorist attacks against America on September 11, 2001. In addition, she reported the live footage of South Tower collapsing at that time.

Afterward, the newscaster occasionally hosted CBS Sunday Morning and 60 Minutes. Although everything was progressing smoothly, CBS suddenly fired her in 2006. She still doesn't know the reason behind her firing from the media house.

Despite her swift exit from CBS, Mika must have been paid a handsome sum throughout the years she worked for the network.

After getting fired, the former CBS correspondent joined MSNBC as an anchor in January 2007. She initially appeared in the evening segment Up to the Minute. In addition, the reporter also worked for NBC Nightly News and Weekend Today.

Later Brzezinski was chosen by her now-partner Joe Scarborough to co-host Morning Joe. Her journey from then on has been popular yet controversial. For example, the show host refused to read Paris Hilton's legal issues and attempted to burn down the related script. In addition, she and her husband, Joe, received criticisms for conducting several phone interviews with former President Donald Trump.

Despite the controversies, Mika Brzezinski's salary per year is estimated to be $8 million. She is still a regular host of the show alongside Joe and Willie Geist. 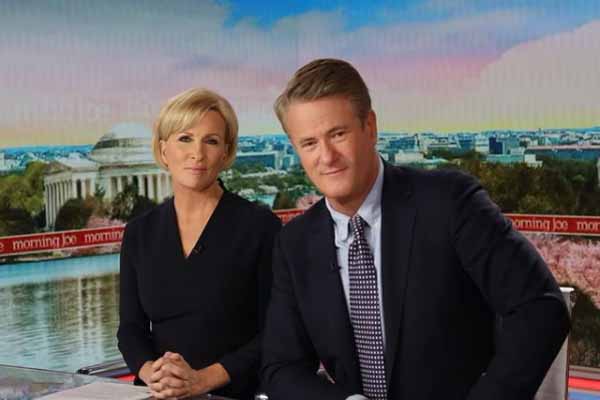 Mika Brzezinski is one of the highest-paid television hosts with a salary of $8 million yearly. Photo Source: Mika Brzezinski's Instagram.

Thus, Mika Brzezinski's net worth must have increased over her the years.

Aforementioned, the American journalist is also a notable author. She first wrote a book titled All Things At Once in 2010. It is a memoir providing Brzezinski's own experiences as an anecdote to motivate other women in their professional and private lives. The book has received many positive reviews.

Mika has authored several books over the years, and their prices on Amazon are as follow:

Hence, Mika Brzezinski's earnings also include the amount she earned from her book sales.

In addition to working hard, Mika Brzezinski enjoys a luxurious life. She bought a $1.6 million house in Westchester County in 2016. Moreover, the villa stands on 3,610 sq. ft. and features four bedrooms and two attached garages. It was later listed for sale for $2 million in 2017.

The television personality also put her Georgetown condo up for sale with a price tag of $985,000 in 2017. Furthermore, Mika inherited the Brzezinski family home in Northeast Harbor after the death of her dad. She currently owns another home in Florida with her spouse.

Has Been Married Twice And Is A Mother Of Two

Just like her career, the Morning Joe co-host's marital life has gone through several ups and downs. She was initially married to TV reporter James Patrick Hoffer, aka Jim Hoffer. Moreover, the latter is currently an investigative reporter at Eyewitness News WABC-TV.

The ex-pair met while working in WTIC-TV in the early 1990s. Although Mika only worked there for a year, she developed a strong connection with her co-worker. In addition, even after moving to CBS, the ex-duo maintained their relationship and finally tied the knot on October 23, 1993.

While hosting Morning Joe, many people speculated the two main hosts were having an affair. But they initially denied it. However, amidst the rumors, Brzezinski divorced her then-husband in 2016. The divorce was finalized privately with no revelation of alimony to the public.

The ex-couple has two daughters Emilie Hoffer and Carlie Hoffer, together. Both of the Hoffer girls have graduated from college. In addition, Mika Brzezinski's ex-husband, Jim Hoffer, has a good relationship with his children and often posts pictures of them traveling on his Instagram account.

Moving On With Joe Scarborough

Aforementioned, many audiences saw the chemistry between Morning Joe's hosts. They also had feelings for each other but couldn't project it due to many circumstances. Finally, Mika decided to separate from her then-partner and began dating her co-worker Joe officially.

The pair opened up about their engagement in May 2017. On November 24, 2018, they married at the National Archives, officiated by the late U.S. Rep. Elijah Cummings. 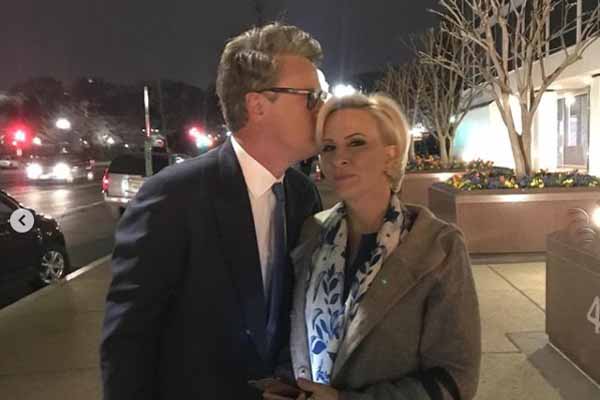 This was not the first marriage for Mika Brzezinski's husband, Joe Scarborough. He was previously married to Melanie Hinton and Susan Waren. In addition, the MSNBC host has four children from his previous relationships. His two sons Andrew Scarborough and Joey Scarborough, are from his first marriage.

Mika Brzezinski is currently enjoying a comfortable life with her partner. Even though she may face criticisms and judgments from the public, she is still devoted and professional in her job. Hopefully, she will retain the same mindset and keep on gaining success in the future.