Jim Hoffer is one of the veteran journalists of America. He served as a reporter for more than two decades in the ABC Television Network's WABC-TV. Moreover, the correspondent has done investigative reporting on many cases. His efforts and determination to reveal the truth are incredible.

The media person is best known for being the ex-husband of Mika Brzezinski. The latter is a co-host of the popular television segment, Morning Joe. In addition, Mika initially served as a news anchor and principal Ground Zero journalist for CBS News.

With both of them having similar interests and works, what could have caused the separation between Jim Hoffer and his ex-partner? Let's get to know in this biography.

Grew Up With Three Brothers

The news anchor was born, James Patrick Hoffer, in August 1959 in Bronxville, New York. There is very little information regarding his father. Moreover, Jim Hoffer's late mother, Patricia R. Hoffer, was a Lititz native and served as an assembler at the Warner-Lambert Corp. for a decade.

In addition, she was a former member of the Lititz Moravian Church and Lititz United Methodist Church.

Jim has three brothers named Jeffrey R. Hoffer, David R. Hoffer, and Thomas R. Rice. All of his siblings are wedded and have children and grandchildren.

The reporter attended Bronxville High School in his childhood. After completing school, he enrolled at Temple University. Eventually, he graduated with a Bachelor's Degree in Journalism in 1982.

Jim Hoffer Net Worth And Career

The television personality has covered some of the most significant scandals in his media career. As a result, he has earned both fame and fortune over the years. So, Jim Hoffer's net worth mainly comprises his income from his journalism career. Besides that, it also includes his earnings from his private company and podcast.

Speaking of Jim Hoffer's ex-wife, Mika Brzezinski is one of the reputable journalists of America. The talk show host is best known for her controversial co-hosting of MSNBC's Morning Joe. Her salary from the program and other works is estimated to be $8 million annually.

Thus, according to Celebrity Net Worth, Mika Brzezinski's net worth amounts to $20 million.

After graduating from college, Jim Hoffer began working in Fox-affiliated television station WTIC-TV. He served there for a while before moving to ABC affiliate WTNH-TV Channel 8. Furthermore, the reporter covered many beats for the channel.

For his overall news writing, Jim received an Emmy Award in 1996. He shared additional two Emmys in the same event with WTNH photographer Mark LaGanga. Moreover, the co-workers were awarded for a news feature depicting the inner-city elementary school choir and its leader. They received another award for covering the story of military veterans suffering from Gulf War Syndrome.

The reporter then moved to WABC-TV as an Investigative Correspondent in June 1998. He covered the news of corruption, scams, police issues, aviation, transportation, etc. 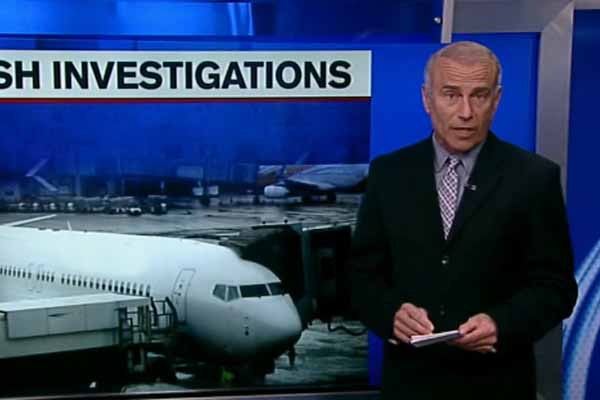 Hoffer's most notable work featured him reporting Con Ed's evacuation policy for gas leaks outside buildings in 2009. In addition, he briefly covered how there was no mandatory evacuation despite the high level of danger. Furthermore, the investigative reporter published an article on Con Ed's lack of repairing gas leaks in New York in 2014. It was a huge revelation and earned him the National Edward R. Murrow Award.

The newscaster also covered the extensive details of the Bridgegate Scandal for WABC-TV. Eventually, after serving for more than two decades, he decided to retire from the channel in June 2019.

Although he has now retired, Jim Hoffer's net worth must have increased during his career years.

Alongside working as a Journalist, Jim Hoffer was interested in launching his own business. As a result, he bought the warehouse of The Lititz Shirt Factory in 2016. Afterward, the businessman spent four years renovating the building and turned it into an entertainment venue. He officially opened it in April 2021. 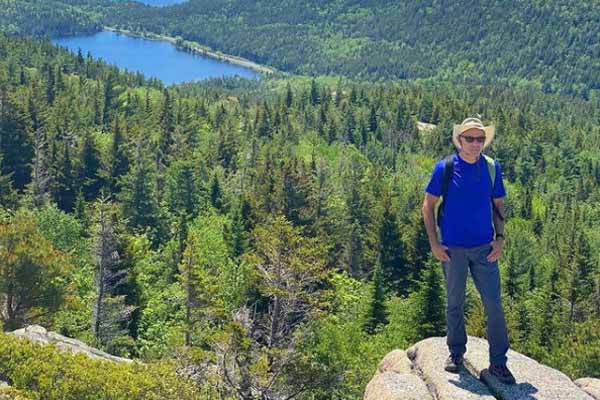 The venue currently provides artisan beers, tasty cuisines, and a musical environment for its customers. It is available for rent for hosting weddings, reunions, birthdays, anniversaries, etc. In addition, the establishment charges $1,000 to $3,000 for 2 to 6 hours long events.

The entertainment venue is quickly becoming one of the hot spots in Lititz, Pennsylvania. Hence, Jim Hoffer's income also benefits from his business interest.

The co-hosts talk about the performers of the venue in their segments. They also interview several Lititz natives about their business success and private affairs. In addition, both Hoffer and Schaller share their own experiences and journeys with the audiences.

Although the entrepreneur only recently launched his podcast, he has gained many listeners. Thus, Jim Hoffer's earnings also come from his podcast.

Was Married To Mika Brzezinski

The former journalist first met his ex-spouse, Mika Brzezinski, while working in WTIC-TV. At that time, both were new and quickly became competitors. In addition, the ex-pair also developed a mutual attraction and understanding. They must have begun dating during that period.

Afterward, Mika moved to CBS, and Jim went to WTNH. But despite the long-distance, they maintained their relationship. Eventually, the ex-couple married on October 23, 1993, at the West Side Church, Block Island. 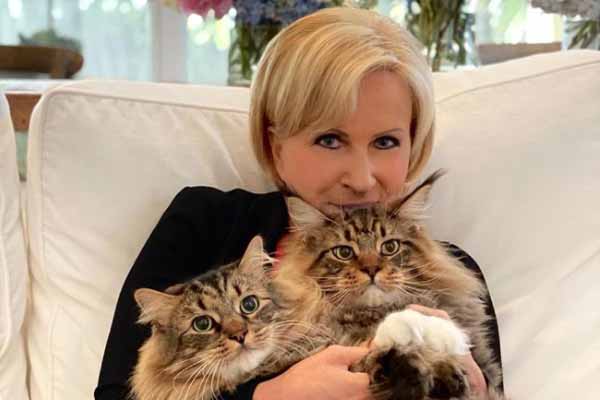 The ex-duo had marital bliss until the rumors of Brzezinski dating her co-host Joe Scarborough emerged. The Morning Joe co-hosts denied the allegations in the media. However, suddenly Mika divorced her then-husband, Jim, in 2016. Additionally, the divorce was finalized quietly with no revelation of alimony.

Since her separation, Mika Brzezinski has proved the rumors true and remarried Joe Scarborough. The latter was previously married two times with Melanie Hinton and Susan Waren. In addition, Joe is the father of Andrew Scarborough, Joey Scarborough, Katherine Clark Scarborough, and Jack Scarborough.

From his marriage, Jim Hoffer is a father of two beautiful daughters. His firstborn, Emilie Hoffer, was born in January 1996. Moreover, Hoffer has graduated with a Bachelor's degree in Political Science from John Hopkins University. She is pursuing a career in the United Nations' international development.

Jim Hoffer's youngest daughter, Carlie Hoffer, was born in June 1998. She is a graduate of Dartmouth College. Furthermore, although the junior Hoffer hasn't revealed her career plans, she might follow in her parents' footsteps in the future. 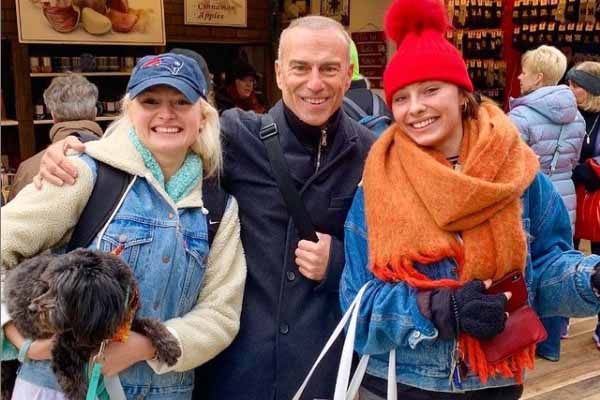 The sudden estrangement of their parents might have disrupted the Hoffer sisters' life, but they have moved. Jim often shares pictures of running and traveling with his daughters on his Instagram account. He is an active figure in their lives and never misses out on their birthdays and achievements.

Jim Hoffer has left the media but is striving to develop his business. Hopefully, he will achieve immense success regarding his new business plan in the upcoming days.