Matthew Rutler is a guitarist, production assistant and in a relationship with Christina Aguilera. Photo Source: Matthew Rutler's Instagram.

Matthew Rutler is an American production assistant, investor, and guitarist. Although he has worked as a production assistant on several popular movies like 'Surrogates' and 'Edge of Darkness,' he came to the limelight as Christina Aguilera's fiance. Furthermore, he has also been involved as an executive vice president at MasterClass.

The 5 foot 11-inch guitarist has gathered much fame since his engagement with the five times Grammy award winner Christina Aguilera. But, Rutler has undoubtedly worked hard in his career, which is not much talked about. Today, let's learn about his career, net worth, relationships, and many more.

Matthew Rutler was born on 14th April of 1985 to his parents David Rutler and Kathleen Rutler. There is no concrete information about his parents or siblings on the web. But, peeping onto his Instagram posts, we have found that he has a sister who got married on November 6, 2019. 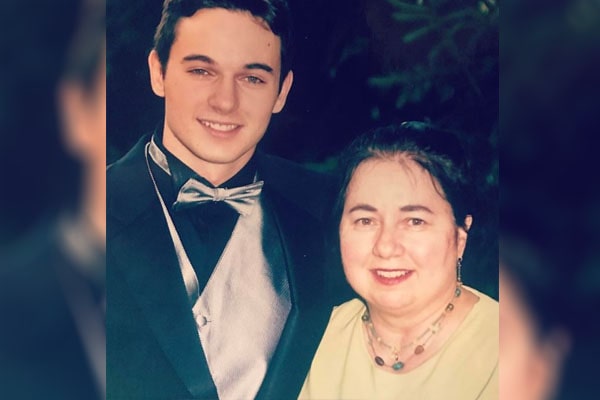 Born and raised in Wyckoff, New Jersey, Matthew attended Ramapo High School. Later, he enrolled in Roger Williams University, where he graduated in 2007 with a BBA degree. After his graduation, he moved to California to pursue his career in the entertainment industry.

With the band as his side hustle, Rutler also worked in the movie industry. He has worked as a production assistant in movies like 'Grown Ups,' 'The Proposal,' 'Burlesque,' 'The Social Network,' 'Just Go with It' and many more. Some of the movies have even won Oscar Awards. To add to his movie career, he has also worked as a second assistant director in 'The Lightkeepers.' Furthermore, he has been featured in 'Christina Aguilera: Let There Be Love' as well.

Since 2014, Matthew Rutler is involved with MasterClass, Inc. as an Investor, Executive Vice President, Talent & Business Development. The Los Angeles-based streaming platform has been serving thousands of individuals with educational instructors across various subjects like Arts & Entertainment, Business, Design, and many more.

Matthew Rutler Net Worth And Earnings

Having a mixed bag of career highlights, Christina Aguilera's soon-to-be husband Rutler might have gathered pretty huge paychecks and salaries. Matthew Rutler's earnings are comprised of a diverse income source from playing in a band to working in big-budgeted movies. He could have earned a decent amount from his band's live shows and music sales.

Rutler has also worked in some of the highest-grossing movies like 'The Social Network,' 'Burlesque,' 'The Town', 'Empire State' and 'Grown Ups.' with big stars like Jesse Eisenberg, Justin Timberlake, Cher, Ben Affleck, Adam Sandler, Salma Hayek, Blythe Danner and many more. The huge budgeted movies became hit worldwide, fetching millions of dollars as its box office collection. Rutler, being a part of such high-profile films, could have earned hefty paychecks as his salary.

Matthew Rutler is also an avid investor who is currently committed as an executive in MasterClass, Inc. The online education platform charges $15 per month for its membership cards. Although the company's revenue sheet is unavailable, we can guess that Matthew Rutler's salary cuts a fair part of its profit. According to Glassdoor, the base salary of an executive vice president is about $214,298 per year. So, we can estimate that his salary is just around the number.

Although Matthew Rutler's net worth is not officially confirmed by the man himself, looking at his Instagram feeds, he surely is living a happy and lavish lifestyle.

In Relationship With The Pop Diva, Christina Aguilera

Matthew Rutler and Christina Aguilera's relationship is not hidden from the public eye. Everybody knows about it. So, what's their love story?

Rutler and his fiancee first met on the set of Burlesque in 2010. At the time, Aguilera was married to Jordan Bratman. Their friendship continued for a year until Christina Aguilera's divorce finalized in 2011. Soon after her divorce, Christina and Matthew began dating. 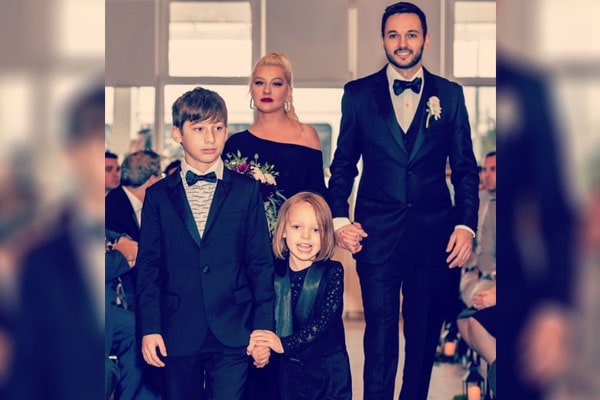 Matthew Rutler is engaged to Christina Aguilera and the pair share a daughter together. Photo Source: Matthew Rutler's Instagram.

After few years, in 2014, the couple got engaged on Valentine's Day 2014. Matthew and Christina welcomed their first child on 16 August 2014. Their baby daughter, Summer Rain Rutler, is turning seven in August 2021. Another member of their family is Max Bratman, who was born when Christina Aguilera was with her ex-husband.

As for now, fans are eager to see them walk down the aisle. However, the couple seems to be in no rush to tie the knot. Now, the family of four lives a happy life together. Scrolling through Rutler's Instagram, we can see the family cherishing their happiest hours.