Matt Birkenfeld is an American songwriter mainly known for his association with the Christian Church, Gateway Worship. He is of the Christian faith, and he follows his God to the utmost.

The songwriter writes most of his songs dedicated to his faith and religion. Here is all one should know about Matt Birkenfeld.

Matt Birkenfeld was born in September of 1988. The singer has three siblings, a brother, and two sisters. His brother is Jason Birkenfeld, and his sisters are Jamie Whisenhunt and Britney Birkenfeld. The four of them seem to be relatively tight-knit with one another.

Matt Birkenfeld’s mother is Glenda Birkenfeld. According to Glenda's LinkedIn profile, she works as a nurse at their local school, Nazareth Independent School District. Glenda seems to be a southern lady who loves to cook for her children and her grandchildren. She is remarkably close to her kids and loves them all very much.

Christian singer Matt Birkenfeld's father, Greg Birkenfeld, seems to be a very private person. He does not have much online presence, but he still appears in photos posted by his children online. Even though very little is known about Greg Birkenfeld, his love for his family is evident and abundant.

Matt Birkenfeld was raised in a small Christian town alongside his brother and sisters. Photo Source: Matt's Instagram.

Songwriter Matt Birkenfeld was born in Nazareth, a small town in Texas, with an even smaller population. The farming community primarily consists of people following Christianity and is a predominantly white neighborhood. Since he was raised in a Christian town and was surrounded by Christianity all his life, Matt Birkenfeld took to the religion.

The singer is very faithful to his religion and does everything in his power to keep his faith alive. He has even credited his religion for having held him strong during his two back surgeries.

Matt Birkenfeld Net Worth And Career

Matt Birkenfeld's primary source of income is his songwriting and singing career. He is a man of Christian faith and has been a part of the Gateway Church since 2007. The singer has worked with the Gateway Church, wrote numerous songs with them, and lent his voice to many.

Matt Birkenfeld has self-released two albums full of Christian songs. The first album was "The Road Less Travelled," which was released in 2012 and had five songs dedicated to the almighty. His second album, "El Camino A Escoger," is in Spanish and has five songs.

The singer has written several songs for his church, Gateway Worship. In addition, he has written many songs and collaborated with them for multiple albums. Matt Birkenfeld is most notably known for lending his voice to the song "Higher Than The Sky" with Gateway. Some of the albums in which Matt worked by himself as well as collaborated are listed below.

However, Matt Birkenfeld's net worth is not known to the public. But considering that he lives a relatively comfortable life, he must earn a significant amount of money.

American songwriter Matt Birkenfeld was involved in a four-wheeler accident in the early 2000s, which caused him to form some back issues. The pain in his back restrained him from being athletic in his high school, and he was constantly in pain. After some MRIs and tests, the doctors found out that he had some damage to his spine and nerves.

For years, the singer would have shooting pain from time to time, but he would push through it. Matt Birkenfeld would hit the gym, which was sort of therapy for him, and it helped him decrease the pain in his lower back immensely. Unfortunately, in 2014 he started to have major back pain, which caused him to be bedridden for a few weeks and slowly recover, only to get the pain back again.

The Christian songwriter stated that it was a cycle that would keep on repeating until gradually it got worse. He moved to Arizona in 2015, which caused his situation to turn worse. By 2016, he could not even walk properly as he had pain shooting down his legs. His doctor put him on some medication, and they tried nerve ablation, but the effects were only temporary. 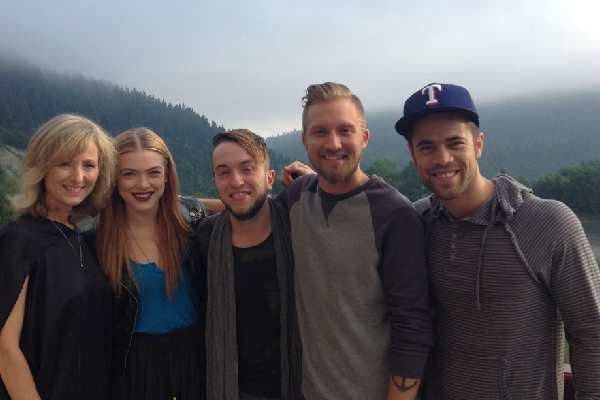 Matt Birkenfeld has stated that his faith helped him while he was suffering from back pain. Photo Source: Matt's Facebook.

Not long after, a surgeon did an MRI and found out that his spinal disk L5S1 was herniated, affecting his nerves. They performed a mastectomy on him, which seems to have worsened his situation as Matt's legs started to go numb down to his feet, and he lost reflex from the knee down.

The singer could not walk without a cane, so he turned to physical therapy, which helped him walk again but sadly could not do anything to stop his back pain.

The singer had a laminectomy in 2017, which still did not work for him. Finally, in 2018, Matt Birkenfeld met a doctor who suggested that he have spinal fusion surgery. Even though he was hesitant at first as there was no certainty that it would fix his problem rather than make it worse, he decided to get the surgery done.

Matt Birkenfeld shared his journey through ALIF spinal fusion surgery via his YouTube channel. Anterior Lumbar Interbody Fusion, in short ALIF, is a type of back surgery that involves accessing the front of the body through the belly and fusing the disc space of the spine. His recovery seems to be going well post-surgery.

The songwriter has stated that he could pull through all of this in life due to his faith in God. He seems to have gotten even closer to his God after his surgery. Currently, Matt Birkenfeld is off of all social media and the internet as he wants to be closer to his faith while taking some time for himself and his recovery.

Christian singer Matt has always been very private about his dating life. He has never really shared about his relationships online. However, it seems like the "Breath of God" songwriter does not have a girlfriend, nor is he married. After his recent surgery, he seems to be taking his time recovering and enjoying his single life. So, it might be a while before we get to meet Matt Birkenfeld's girlfriend.

Moreover, Matt Birkenfeld seems to love kids. The way he interacts and talks about his nieces and nephews shows how much of a kid lover he is. Let's hope that Matt recovers from his back problems soon and can start a happy life with his wife and children.