Manwell Reyes is not a new name in hip hop world. He was a lead vocalist and rapper in the band Group 1 Crew, popular in the early 2000s and 2010s among contemporary Christian Music fans. Reyes has gained wide recognition in the music industry from his time in the band. He is known for his melodic voice and impactful presence on the stage.

Reyes has been in the music industry for more than a decade. Aside from his former band, the songwriter has also released his solo songs. His passion for music stems from his belief in God. Manwell has tried to break through the stereotypes and create his own Christian hip-hop music genre. The rapper has made his mark in CCM and gained many fans eager to know more about him.

So, let’s go through Manwell Reyes's biography and learn more about him.

Manwell Reyes was born on July 28, 1980, in Frankfurt, Germany. His father, Jorge Reyes, was a sergeant in the U.S. forces. Jose Manwell Reyes was raised in Florida, the U.S.A., by his mother, Carmen Hilda Reyes, after her divorce from her husband. Manwell grew up alongside his brother and sister. He also has a nephew Braden Reyes who is an athlete and has just graduated from high school. Furthermore, Reyes and his siblings were raised in a non-Christian household by his mother. 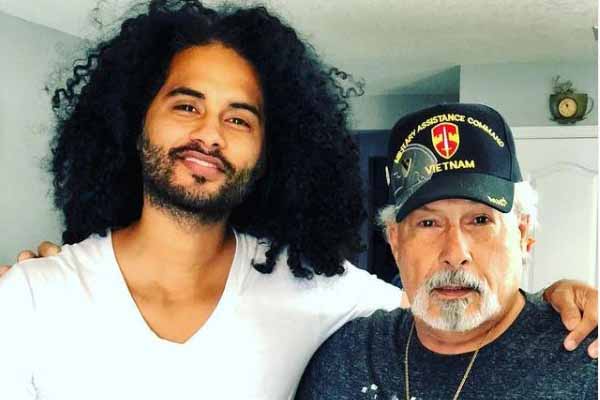 Reyes's childhood was full of his mischief. He was also kicked out of school three times. However, after joining Christianity, the life of young Reyes took a complete turn. He also joined a Bible College and graduated from Southeastern University later on. He has credited his life in the music industry to his religion.

Manwell Reyes Net Worth and Career

Manwell Reyes learned about his innate ability to sing in his college days. After graduation, Reyes decided to pursue his career in the music industry and formed the band Group 1 Crew. The band found huge success and generated a massive fandom during their active years. The singer has amassed a grand fortune for himself from his career. Manwell Reyes’s net worth mainly comprises his earnings from his singing. Besides that, Manwell also has worked in movies as an actor, producer, and composer. Reyes has always been tight-lipped about his earnings, but we can assume the rapper to have a fair sum regarding his wealth. 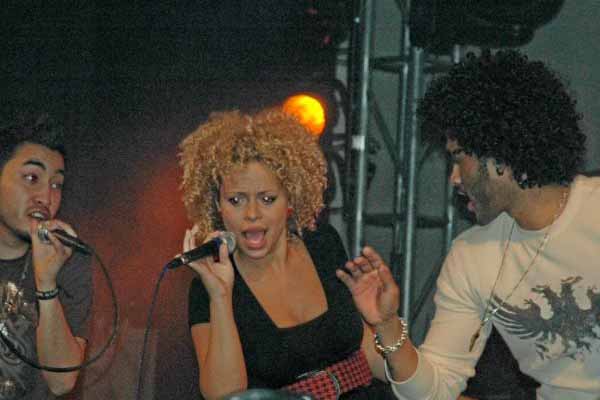 Manwell Reyes was joined by Pablo Villatoro and Blanca Callahan in the early days of the band Group 1 Crew. Photo Source: Flickr.

The band debuted in 2007 with their song Can’t Go On which became a massive hit. After that, the group released EP I Have a Dream and released a self-titled full-length studio album Group 1 Crew in February 2007. The band was passionate about Christianity and included the messages of the faith in their songs. Manwell Reyes wrote songs for the group where he has expressed his spiritual feelings.

Hip-hop band Group 1 Crew released many songs during their active years. Their singles such as Breakdown, Movin, Walking On the Stars, Please Don’t Let Me Go, Dangerous, etc., raised their popularity even higher. The band has also released compilation albums, EPs, and several studio-length albums. Some of these albums and their prices as per Amazon are as below:

The albums mentioned above were loved by fans and made huge sales. The band was also nominated for its songs and albums and won several of them. As a member and founder of Group 1 Crew, Manwell Reyes’s net worth must have steadily increased throughout his musical career.

Along with physical sales, Group 1 Crew's music is also streaming on several sites such as Spotify, Apple Music, etc. As a songwriter, Manwell Reyes also makes earnings from paid royalties.

Besides that, Manwell Reyes also went on tours alongside his band members. They also participated in several concerts and music festivals such as Winter Jam 2012, Ignite Fest Chicago 2012, Night of Joy 2013, ROADSHOW 2015, Heaven Fest 2015, etc. The success of the band might have given a boost to Manwell Reyes’s earnings.

Both Pablo Villatoro and Blanca Callahan left the band to pursue their solo careers in 2011 and 2013. Despite being a sole member of the band, Manwell Reyes continued to present the band until 2017. After that, the former member of Group 1 Crew started his own solo career. He has released solo songs featuring many artists. He has sung alongside J. Pollock, Goldford, Sam Tinnesz, Sarah Reeves, J Lewis, etc.

Besides that, the multi-talented musician also has launched his podcast named Nights At the Round Table. The podcast is already in its fourth season and has a large audience. Manwell mainly talks about faith, religion, relationship, and life with known personalities. Despite going solo, Reyes is still loved and supported by his fans. His podcasts are top-rated and have 9,112 followers on Instagram. Manwell Reyes’s net worth is undoubtedly benefitting from these solo activities.

The handsome musician has also ventured into the entertainment industry in his career. He produced and acted in the short movie Panda$: Love After War alongside Anastasia Elliot. Reyes has also worked in the comedy movie Moms' Night Out, which had a box office collection of $10 million worldwide. He also starred in the film Restored Me, which earned $42K. Well, Reyes has been able to make good money from his works.

Like other musicians, Manwell Reyes also has been able to earn money from his YouTube Channel. He has 66.8K subscribers and has more than 18 million total views. His uploaded videos are mostly his music videos, behind-the-scenes videos, and Group 1 Crew-related videos.

According to Social Blade, Reyes’s channel’s estimated monthly earning is between $32 - $507, and his yearly estimated making ranges from $380 to $6.1K. Thus, Manwell Reyes’s solo career is prospering even more, and along with this, his YouTube channel will surely earn more in the future.

Blissful Life With His Wife

Manwell Reyes has won people’s hearts with his soulful music. Aside from his profession as a singer, Reyes is also a family man and is currently married to the American actress and comedian Anjelah Johnson. Manwell Reyes’s wife Anjelah is a successful celebrity with a net worth of $500K. The pair shared their marital vows in 2011 after years of dating. 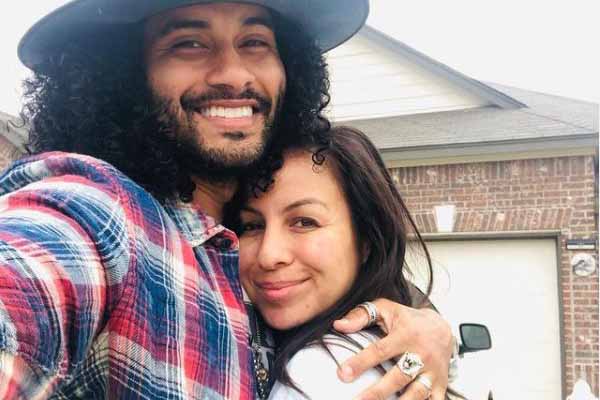 Manwell Reyes’s spouse Anjelah Johnson-Reyes is also a regular member of his podcast Night At The Round Table. The pair don’t have any babies yet but has an adorable pet dog named Banzo Bean Reyes. Both Manwell and his wife Anjelah do not hesitate to show off their chemistry in public. They also usually go on vacations and share pictures of each other.

The talented rapper is living an extraordinary life alongside his wife, Anjelah Johnson. His life seems to be very fulfilling from his posts about his travels, cars, house, and daily life. Reyes also owns two models of Porsche, yellow-colored Porsche 911 and silver-colored Porsche 924. Despite having busy schedules, Manwell Reyes makes time for his family and supports his wife in her career. Reyes has started to focus on mainstream music at present. But Manwell has not forgotten his original root and always talks about his faith in God. He is also an optimistic person who believes in moving forward despite the hurdles coming his way.

The determination and passion of Manwell Reyes are genuinely applaudable. Let's hope the singer will have good days ahead and a successful future.