Martha Quinn is an actress and one of the original Video Jockeys of MTV. Image Source: Social Media.

MTV channel has been pretty popular among the youth ever since its launch. Unlike any other channel with daily soap operas and news, this was the network where there was pure entertainment. Hence, many grew up watching MTV and it was a big part of their lives. But do you know about the very original team of MTV's videos? If not, then let's get familiar with Martha Quinn, one of the first MTV Video Jockeys.

Martha Quinn is a television and radio personality in the United States. She is most well-known for being one of MTV's first video jockeys along with Mark Goodman, Alan Hunter, Nina Blackwood, and J.J. Jackson.

Quinn also hosted "Martha Quinn's Rewind," a daily radio show that aired on at least five Clear Channel radio stations across the US. Moreover, she is the wife of Jordan Tarlow, a former member of the American garage rock revival band, The Fuzztones.

Quinn Grew Up Alongside Two Brothers

Martha was born on May 11, 1959, as Martha Conrad Quinn. She grew up in the suburbs with her mother, Nina Pattison, in Ossining, New York. She graduated from New York University with a degree in radio broadcasting, where the MTV star served as a student radio station DJ and altered her life.

Martha Quinn's mother, Nina Pattinson, is a retirement counselor, whereas her father was an attorney. She mentions that her mother loved singing and playing guitar. That is why credit goes to her mother for instilling a strong sense of creativity as well as a love of music in her.

Moving on, the VJ is not the only child of her parents, as she has two older brothers David P. Quinn and Christopher Quinn. It seems like outgoing Martha's brothers are not much into entertainment things, as they keep a low-key profile.

Bond With Her Step Mother

It seems Nina's daughter Martha has a very good relationship with Mrs. Jane. She addressed in an interview that her stepmother Jane Quinn provided her with some direction and wonderful advice on how to get through being a woman in the media.

Also, Jane taught Martha how to go to auditions for TV advertisements. In addition, Jane also admits that she has adored Martha since she was six. 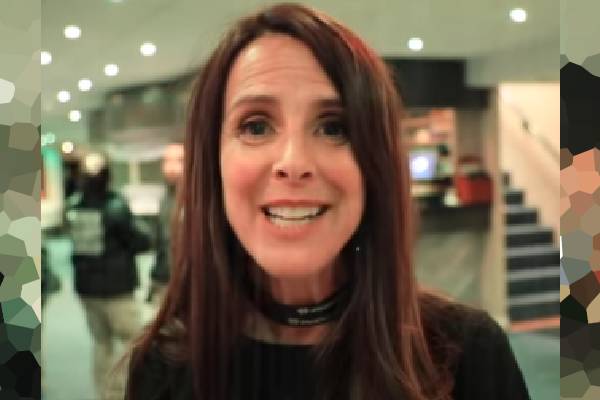 A few articles also address the duo as one of the most diverse multimedia women in the industry. Martha's stepmother Jane Bryant Quinn, writes award-winning, finance-related columns that appear in almost 200 newspapers. On the other hand, Martha herself is a known TV personality. Hence, there is no doubt that the Quinn women are influential in their respective fields.

In a similar manner, Meaghan Oppenheimer is another American actress, writer, and producer. With her strong opinion and gutsy portrayal, she made her name in Hollywood.

Martha Quinn Net Worth And Career

Aforementioned, Martha Quinn is a well-known VJ (video jockey) on MTV, the cable channel dedicated to rock music that reaches 26 million homes nationally. According to Celebrity Net Worth, Martha Quinn's net worth is $4 million.

Earnings As A Video and Radio Jockey

Despite being a 22-year-old fresh out of college, Jordan Tarlow's wife was hired on the spot for her music expertise, entertaining personality, and on-camera experience from commercials. In an interview, Martha mentioned she didn't have any idea about the role she was applying for. Little did she know that she would be ultimately titled MTV's Best Ever VJ.

Martha Quinn devoted the next ten years of her life, bringing 1980s music into people's homes. As per The DailyBeast, Martha made $26,000 in the first year on the job while her co-worker Alan Hunter earned $27K. And with the increasing popularity of the VJs in the following years, their salary must have also seen a massive rise.

Thus being the influential part of MTV, Martha Quinn must have garnered the majority of her income as a Video Jockey.

Plus, she had done various commercials even before she became an inseparable part of MTV. Hence we can assume she might have accumulated her earnings from there too.

Furthermore, these days Martha is caught up with the '80s plus radio show. We can say she has had an incredible run, taking opportunities to 'do it all,' from television to movies and now local radio. We appreciate her hard work and hope to see many more projects from her.

Earnings From An Acting Career

Back in the day, the former VJ was asked about her thoughts on being an actress. Martha replied that if she were to get some firm offer, she wouldn't mind being an actress. And, later on, she indeed got some acting projects which gave her a new identity.

For her acting career, she had to move to Los Angeles. Eventually, MTV's queen Martha landed a role in The Bradys, a TV series, which was like a dream come true to her. She then went on to feature in some other TV series and music videos. Moreover, she is best known for her roles in Motorama, The Weird Al Show, and Dead Heat.

The movies Problem Child 2 and Dead Heat, amassed a gross collection of $32 million and $3 million respectively. Similarly, the favorite lady of many MTV viewers also appeared in a number of music videos. So earnings from music videos and acting projects combined must have contributed to Martha Quinn's net worth. 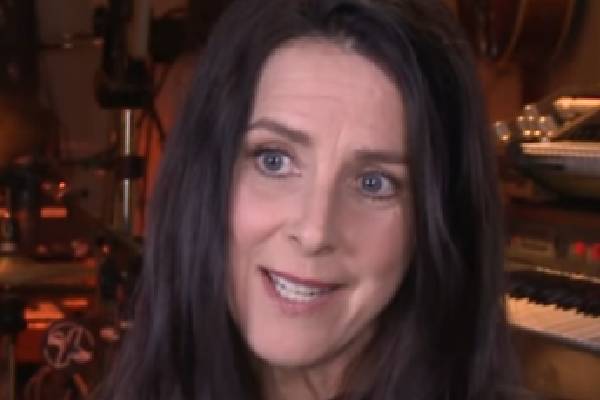 Thanks to her acting projects and hosting gigs, Martha Quinn has amassed $4 million net worth. Image Source: Social Media.

Known for her charismatic beauty, Martha has also hosted several other shows. Hence that too has a fair share of contribution to her wealth. Plus, she is Jordan Tarlow's wife, who wrote and played in different classics for his and other groups. Thus as marital partners, they both might have garnered quite a considerable amount of sum.

After establishing herself as an absolute sweetheart of MTV, the VJ and actress hoped to find someone who would cherish her the same way her fans do. Well, she was fortunate enough to get the one who treated her like a Queen, and that man was Jordan Tarlow. Aforementioned, Martha Quinn's husband is an ex-member of the American rock band The Fuzztones.

If you are wondering for how long the adorable pair dated before they got hitched, then unfortunately there is no such information. As different sites suggest different dates, not even their actual wedding date has been revealed.

But we do know that the couple shares a strong and beautiful bond, as they have been together for nearly three decades now. And we expect them to love and grow grey together.

Martha Is A Mother Of Two

With a supportive partner and a beautiful marital journey, there comes a new phase of life. A phase that gives us an even wider outlook of the world. The same happened with Martha, as she stated, before becoming a mother she never understood parents' reluctance of letting their children watch MTV. Since she herself is a mother now, she understands them very well.

Speaking of her children, then MTV queen Martha has two kids with her husband Jordan. Martha's daughter Annabelle Tarlow is the eldest one. However, information regarding her younger child is scarce.

The only thing that is there to know is, TV personality Martha was expecting her second child when her daughter Annabelle was four years old. Witnessing all the details, we are assured that Martha's husband Jordan and the actress herself are firm believers of privacy.

Well, we wish nothing but the best to the Dead Heat actress for her future. And we also hope to know a little more regarding Martha Quinn's children if only she feels comfortable enough to share it in media.