Louis Ducruet is the eldest child of Princess Stephanie of Monaco and the president of the Monaco Esports Federation. Photo Source: Louis Ducruet's Instagram.

A person from a well-renowned family faces enormous pressure and constant media attention. If that somebody is from a Royal family, the scrutiny will increase double-fold. And one individual who has experienced these matters since his birth is Louis Ducruet.

Ducruet is the only son of Princess Stephanie of Monaco, fourteenth in line of succession to the Monegasque throne. She is also a renowned singer and model. Despite having a princely upbringing, Louis has remained humble and modest. He is president of the Monaco eSports Federation as of January 2022.

So, let's learn more about this Monaco royal member's upbringing, career, and relationship details in this biography.

The media personality was born Louis Robert Paul Ducruet on November 26, 1992, in La Colle, Monaco. He was delivered at the Princess Grace Hospital.

Louis Ducruet's grandfather, Rainier III, is a former prince of Monaco who ruled for over five decades. Likewise, Louis' late grandmother, Grace Kelly, was an actress who died in a car accident.

Louis Ducruet's father, Daniel Ducruet, was a palace security guard from 1988 to 1991. During his service there, he developed a romantic connection with his then-wife, Princess Stephanie, which led to marriage in 1995. 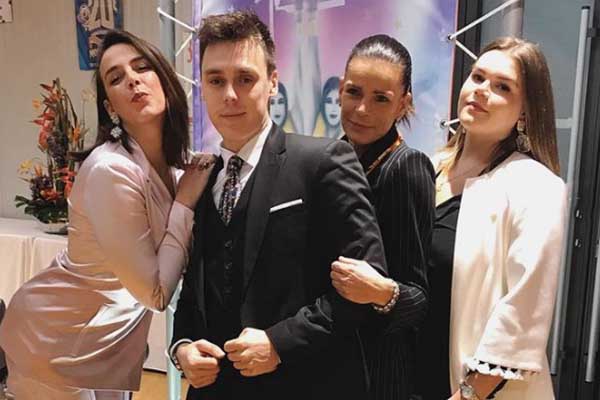 Louis Ducruet's mother, Princess Stephanie of Monaco, is fourteenth in the line of succession to the Monegasque throne. Photo Source: Louis Ducruet's Instagram.

However, Louis' dad, Daniel, was later caught in adultery with Belgian model Muriel Houteman. The news was sensationalized and over publicized in the media. It also led to the end of Louis' parents' marital relationship.

Louis Ducruet's mother, Princess Stephanie of Monaco, has since moved on with different partners. She also married acrobat Adans Lopez Peres, which ended in divorce.

Ducruet is the eldest child of his parents. His sister, Pauline Ducruet, is a renowned fashion designer and has a label, Alter Designs. Furthermore, she competed as a diver in the 2010 Summer Youth Olympics.

Louis' half-sister, Camille Gottlieb, was born out of an affair between his mom, Princess Stephanie, and Jean Raymond Gottlieb. However, unlike him and Pauline, she isn't included in the line of the throne to Monaco.

The La Colle native also has half-siblings Michael Ducruet and Linoue Ducruet from his dad's side.

The media person attended Lycée Français Marie Curie de Zurich when he was young. He completed his Baccalauréat from Lycée Albert Premier in 2010.

Louis Ducruet Net Worth And Career

The Monaco royal was determined to work in the sports sector from the beginning. He interned for three months at AS Monaco during his college years. So, Louis Ducruet's net worth mainly comprises his earnings from his sports management career.

The WCU alumnus returned to AS Monaco as their marketing intern in 2015. After graduating, he was hired as an international recruiter, responsible for finding potential future players for the club.

Princess Stephanie of Monaco's son, Louis was promoted to Opponents Analyst, Scout, and eventually Assistant to vice president and general manager in the club. He served for Vadim Vasilyev and his successor, Oleg Petrov. 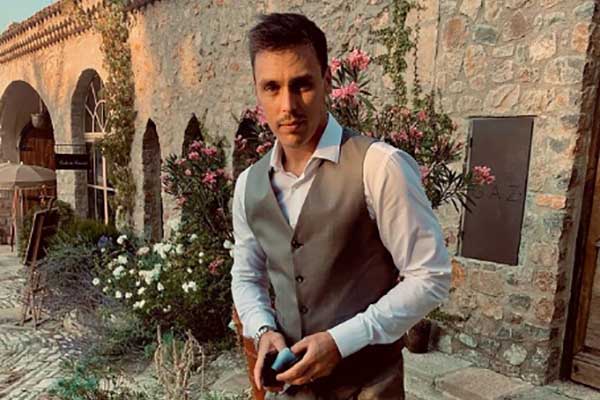 The BBA graduate left his job in 2020 and became president of the Monaco eSports Federation. With his current position, Ducruet's salary must be pretty high.

Hence, Louis Ducruet's net worth must be a notable figure from his profession. Another individual who has gained fame from being associated with a famous personality is Bob Melvin's daughter and actress, Alexi Melvin.

Speaking of Louis' mom, Princess Stephanie has earned a huge sum from her singing and modeling career. She released two studio albums, Stephanie and Besoin, which likely made excellent sales. In addition, she must have made a good income from her modeling gigs.

Louis' mother, Princess Stephanie of Monaco's romantic affairs has always made headlines. Her failed marriage with her ex-husband, Daniel, also created a sensation in Monaco society. But what about her son, Louis; has he also experienced heartbreak and tragedies in his love life?

Thankfully, the Monaco eSports Federation president has lucked out in his relationships. Princess Stephanie of Monaco's son is married to his long-time partner, Marie Chevallier now Marie Ducruet.

The pair began dating while attending SKEMA Business School. Both continued their romance while completing their study at WCU in North Carolina. Furthermore, the couple announced their engagement on February 12, 2018.

The lovebirds had a two-day Monaco wedding, with a civil ceremony on July 26, 2019, and a traditional one on July 27 at the Cathedral of Our Lady Immaculate. 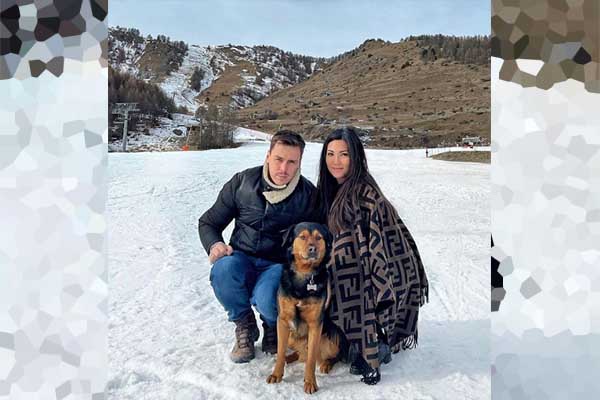 Louis Ducruet's wife, Marie Ducruet, holds a Bachelor's degree in Business Administration. She is head of marketing events and protocol at Monte-Carlo SBM.

The duo isn't shy about showcasing their affection and love in public. Both are active Instagram users and often post pictures of their travels, holiday celebrations, etc.

The couple hasn't had any children as of now. But both are loving parents of their adorable dog, Pancake.

We wish the Ducruet family success and happiness in the upcoming days.