Logan Owen is an American professional cyclist who rose into the spotlight for being a 10-time consecutive national champion in cyclocross racing.

From beginning his career at the early age of five to becoming the first American to win the U23 Liège-Bastogne-Liège in 2017, Logan has established himself as one of the prominent figures in the industry.

As the athlete continues to get further and further in his profession, Owen's hard work and dedication in the field have caught the attention of many industry experts and enthusiasts. Consequently, many fans around the globe are eager to learn more about this American rider.

If you are one of them, stick with us until the end as we uncover Logan Owen's biography in brief.

Early Life And Exposure To Cycling

Logan Owen was born on 25th March 1995 in Bremerton, Washington. The young cyclist spent most of his childhood around the neighborhood with his family. His parents' names are unknown as of yet. Similarly, he has not mentioned anything about his siblings either.

During Owen's upbringing, the athlete's father introduced him to riding bikes at a young age. Furthermore, Owen recalls his dad building a small ramp out of 2X4 wooden pieces as his earliest cycling memories. The young champion remembers jumping off the ramp on his little Looney Tunes bike and describes the sensation as being "free." 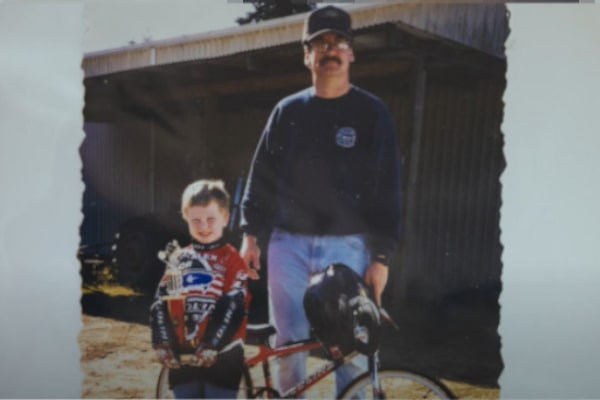 Although Owen started to ride bikes as a passion and recreational activity, he eventually found himself racing in different local and national level races under the mentorship of his father.

The American athlete, Logan, began honing his riding skills at the tender age of 5. At the time, he was riding in Redline's new titanium BMX frame. The junior rider began competing in several local level tournaments under the guidance of his father and achieved immediate success.

However, it wasn't until 2003 that he started participating in the National Junior Championships for cyclocross racing. Although he could not score a victory in his debut year, the athlete lifted the winner's trophy the following year. Nonetheless, nobody would have predicted that the rider would become the 10-time consecutive champion of the tournament.

Logan repeatedly scored the first position in cyclocross racing from 2004 to 2014, eight times at the junior championship and two times at the Under 23 Championship. 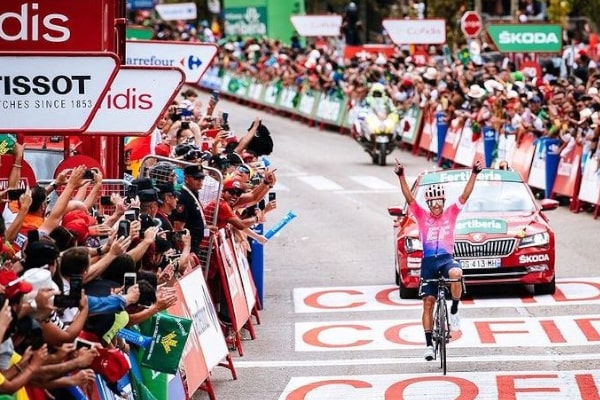 Logan Owen celebrates as he scores a victory for the EF Pro Cycling team on the Grand Tour of cycling. Photo Source: Logan's Instagram.

On the contrary, Logan gave up full-time 'cross racing' in 2016 to pursue his WorldTour dreams. The rider's break from cross racing led him to become the first US citizen to win the U23 Liège-Bastogne-Liège in 2017. Afterward, in September 2017, it was revealed that the cyclist would join EF Education-Nippo, an American professional cycling team.

Below are the major career highlights of Logan Owen:

As of 2021, Logan races for EF Pro Cycling and is backed up by Altus Sports.

The professional rider Logan has also shared his fair share of injuries.

On 10th June 2017, Owen suffered a fractured wrist while competing in the ongoing Giro Ciclistico d'Italia tournament. Despite sustaining severe damage to his hand, Logan was back on his bike and ready to compete just four weeks later.

Similarly, Owen was also deprived of racing for some time in 2019 due to a knee injury. But it didn't take him long to be back on track and behind the handle.

Logan Owen Net Worth And Earnings

With so much success and victory under his belt, Logan is sure to have generated decent wealth from his profession. In addition, as he continues to live up to his dreams of competing at the highest level of professional cycling, thousands of fans are curious to find more details about Logan Owen's net worth and earnings.

According to ZipRecruiter, the average salary of a professional cyclist on an annual basis is around $55,000, which varies depending on sponsors and events. Given Owen's accomplishments and association with high-profile teams, his payroll must be in the same range. Moreover, the prize money he collected from all the tournaments he won is bound to increase his revenue.

Additionally, Logan also stated on Twitter that Altus Sports sponsor him. Even though no information about his other sponsors is available online, he must have gathered a couple of thousand dollars from them.

The professional cyclist has not disclosed his income, but Logan Owen's net worth must surely be above a million dollars, given his achievements in the profession.

The love life of Logan Owen, an American professional cyclist, has not been smooth. The rider has been married, divorced, and fell in love again. Here, we will discuss everything we know of Logan Owen's affairs and partners.

Was Married To Olympic Silver Medalist

In November of 2016, Logan tied the wedding knot with his fellow cyclist and world champion Chloe Dygert. At the time, his wife, Chloe, had just returned from earning a silver medal at the 2016 Olympic Games in Rio de Janeiro.

After the couple got married, Logan Owen's wife adopted his surname and moved to Washington. 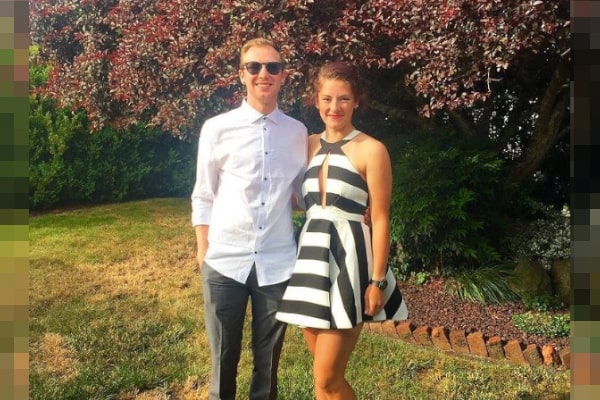 Although it is unknown how Logan and Chloe met, it is safe to presume the couple became acquainted through their shared passion for cycling and were dating since 2014. In addition, Logan stated in an interview that he would purposefully let his now ex-wife Chloe win when they went out for a friendly race since she was always hungry to win.

In spite of the fact that there was a lot of love in the air, fans were saddened to discover that their dream pair had split up in January 2020. In an interview, Logan Owen's ex-wife, Chloe, admitted that she had married too young and that, in the end, her profession "simply mattered more." It is speculated that Dygert had little to no time for romance in her life due to her hectic schedule and training regimen, which may have contributed to their breakup.

As of now, Logan's ex-wife, Chloe, doesn't seem to be dating anyone. It is likely she is focused on her career and devoted to achieving better results in her races for the 2020 Olympic Games in Tokyo.

Following Logan's divorce from Chloe Dygert, the 10-times world champion, it was discovered that he has been dating a new partner. The athlete is currently in a relationship with Shenaya Birkel. The duo is not afraid to show their love and affection for each other. We can find an occasional ​exchange of lovely tweets and messages across the internet. 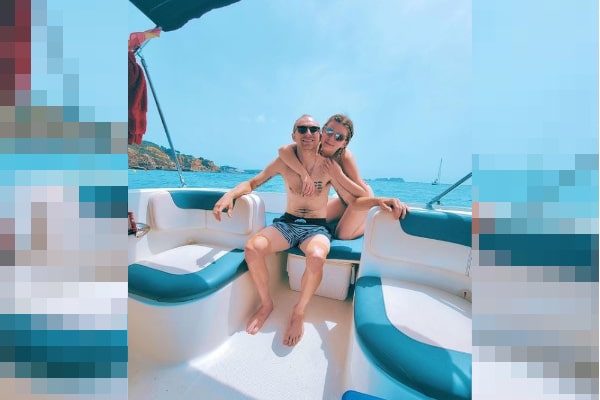 Logan seems to happy and enjoying his time with his girlfriend. Photo Source: Social Media.

One of the Instagram posts of Logan's partner, Shenaya, suggests that the couple might have been dating since 2019. Unfortunately, there's a lot of haze surrounding Logan's relationship, and there is not a single trustworthy source about it. Nevertheless, he seems happy with his current girlfriend, and we hope it stays that way.