Kristen Soltis Anderson is a leading Republican pollster and strategist, who has been invited in numerous shows because of her political expertise. Photo Source: Kristen's Instagram.

Kristen Lynne Soltis Anderson, better known as Kristen Soltis Anderson, is a leading Republican pollster, analyst, and strategist. Over the years, she has gained fame as an expert columnist and TV personality as she continues to speak about America's changing demographics and their effect on future elections.

Kristen first gained the media spotlight when she was enlisted in Times magazine's "30 people under 30 who are changing the world." Over the years, she attained more national recognition as she found her own enterprise and released her book.

As the Republican pollster continues to be dominant in her field, her admirers worldwide are curious to get a glimpse into her personal life. So please stick with us till the end as we uncover Kristen Soltis Anderson's biography.

Anderson was born Kristen Lynne Soltis on 22nd February 1984, in Orlando, Florida. Kristen Soltis Anderson's parents, Johnny and Linda, raised her alongside her two siblings, Jennifer Bleakley and Heather Soltis Donnelly. Additionally, the young American columnist spent much of her childhood around the neighborhood with her family. 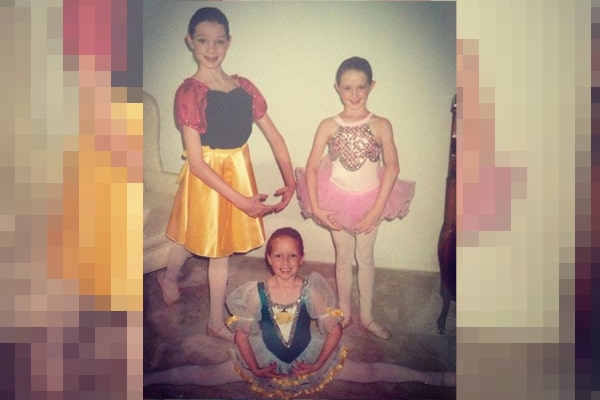 Growing up in their hometown, Kristen and her sisters practiced ballet dancing. Photo Source: Kristen's Instagram.

The Republican pollster Kristen had been interested in politics since she was a child. Furthermore, she became fascinated by political parties and frequently formed strong ideas about the existing political system. As a result, she enrolled at the University of Florida, where she earned a bachelor's degree in political science in 2005.

Besides, Kristen interned with the National Republican Congressional Committee's finance department during her college years. Later on, she was selected to the Florida Commemorative Quarter Committee by then-Florida Governor Jeb Bush.

Afterward, in 2009, Anderson received her master's degree from Johns Hopkins University in Government. Here, she was awarded "Best Thesis in the Area of Democratic processes."

After completing her bachelor's degree, Kristen was hired by The Winston Group, a strategy and research company for business and politics. Here, she was in charge of analyzing the youth vote and education reform. Leading to her success in the corporation, she published extracts from her thesis on Pollster.com and the conservative blog Next Right. 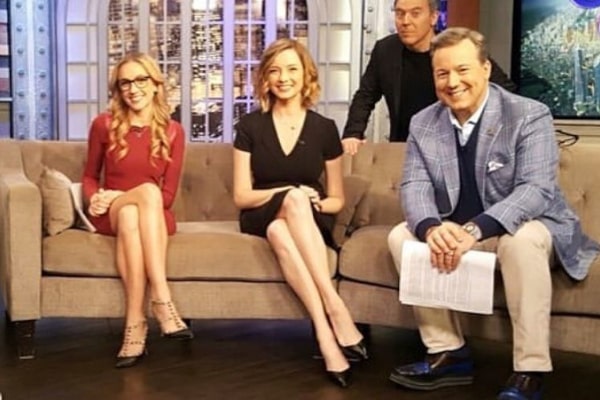 Kristen has been invited in numerous news shows to offer her political expertise and opinions. Photo Source: Kristen's Instagram.

Then, in 2010, Democratic political strategist and broadcaster James Carville publicized her findings, which led to her appearances on numerous television news shows as a guest analyst and political expert.

In 2015, Kristen departed The Winston Group to co-found Echelon Insights with Patrick Ruffini, a fellow Republican pollster and political strategist. Echelon Insights is responsible for providing research and analytics-based insights to brands, trade, and associations. She has become one of the leading authorities on the Millennial generation due to her work at Echelon. In addition, she often advises corporate and government leaders on polling and communications strategies through her company.

The Floridian television personality gained national attention after releasing her book The Selfie Vote: Where Millennials Are Leading America (And How Republicans Can Keep Up). Kristen provides an eye-opening look at America's evolving demographics in her book, revealing how these shifts could affect future elections. Her book was well-received and praised by political experts and enthusiasts alike.

Consequently, Kristen was enlisted in ELLE's " The10 Most Compelling Women in Washington." Furthermore, she has been featured in Marie Claire's "New Guard," Cosmopolitan, and Glamour.

Kristen has established herself as a leading millennial pollster, analyst, and strategist through her hard work and passion. As such, she is sought out by multiple political parties and brands to gain opinions and forecasts.

People can't help but wonder about all the fortune she has amassed over the year as she continues to prove dominant in her sector. Here, we will discuss Kristen Soltis Anderson's net worth and earnings in brief.

Earnings As A Republican Pollster

Kristen's assets primarily consist of her wages from being a political pollster. The Floridian columnist Kristen has been associated with the Republican party from the early years of her career. She, at the moment, acts as a chief pollster and strategist for the party. 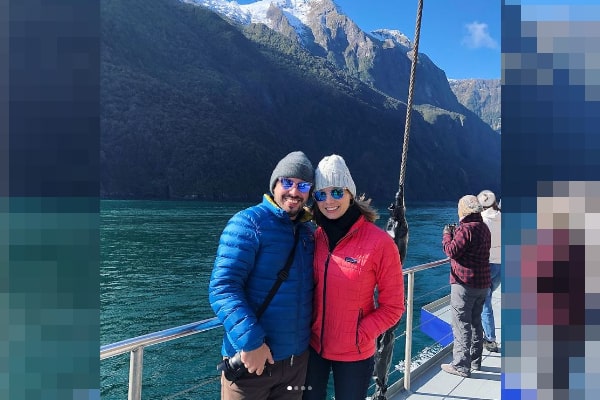 Kristen Soltis Anderson can afford to go on expensive tour destinations with her husband thanks to significant income generated through her career. Photo Source: Kristen's Instagram.

As stated by SimplyHired, the average annual salary of a political pollster is around $60,000. Given Kristen's influence and fame in the field, her income must be around the same range.

Earnings As An Entrepreneur

Aforementioned, Kristen co-founded her own firm, Echelon Insights, in 2015. Since then, she has provided research, analytics, and digital intelligence to brands and parties across the globe. As such, she is bound to earn a decent sum of money in exchange for the strategy and forecast they offer.

Moreover, Kristen's book, The Selfie Vote, is sold at $19.66 for a hard copy and $8.99 for a soft copy. As her book was well-received by the audience, she must have generated sizable revenue from her book sales.

Therefore, Kristen Soltis Anderson's net worth must have benefitted from the sales of her book as well as her salary from the Republican party. And with a fortune to her name, Kristen and her family enjoy a comfortable lifestyle.

The beautiful TV personality Kristen has been married to her husband, Chris Anderson, for more than nine years. The couple first met in 2007 and began dating shortly after. It is rumored that the duo met while working together at the Winston Group.

Kristen and Chris dated for five long years before finally deciding to get tied in a wedding knot. Thus, the pair got married in 2012 in a grand ceremony among their families and friends.

Following the marriage, the Floridian began living together with her husband in Washington, D.C. It is unclear what Kristen Soltis Anderson's husband, Chris does and where he works. Unlike his wife, Anderson is secretive about his life and does not have social media pages. 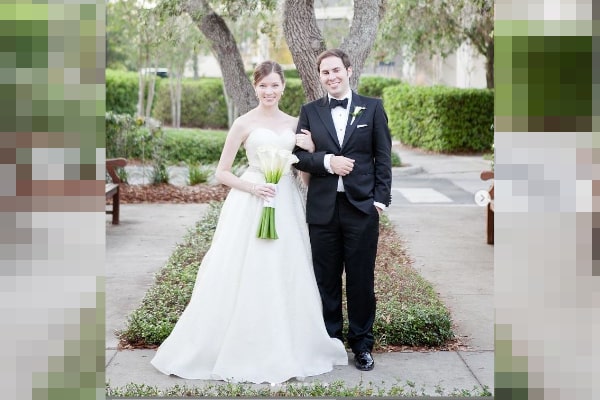 Kristen Soltis Anderson has been married to her husband, Chris Anderson, for more than nine years. Photo Source: Kristen's Instagram.

On the other hand, Kristen is not afraid to show her love for her husband and often shares pictures of themselves with sweet messages. Whereas her love partner, Chris, likes to lead a secret life and has not come forward in front of the media yet. The couple enjoys touring extensively and is frequently seen acting lovey-dovey in numerous tourist destinations.

Moreover, Kristen's frequent Instagram posts suggest that the pair has a strong romantic bond, and their love for one another is only increasing.

Despite being happily married for a long time, the couple has yet to have children. It could be because the columnist is devoted to her job and has a demanding schedule. As of 2021, the married pair don't bear any offspring.

Let's hope we get to meet Chris Anderson and Kristen Soltis Anderson's kid in the near future.