Kelly Henderson is a Celeb glam specialist and stylist of American nationality. Apart from that, she is also the founder and creative director of Velvet's Edge, a blog on fashion, lifestyle, beauty, shop, and podcast. She came into prominence from the show Very Cavallari. She has amassed enormous fame and fortune to her name.

As a celeb stylist, Kelly has worked for several celebrities in Hollywood. Her popularity has increased her fan-following, and people are curious to know more about the beautiful stylist, Kelly. So, for now, let's learn more about Kelly Henderson's biography and professional life.

Kelly Henderson was born on July 11th, 1982. Her mother is Rhonda Henderson, but the information about her father has not been revealed. Kelly uploads lovely pictures of her and her mother, but she is not seen posting any pictures of her dad. She grew up in Lafayette, Louisiana, and, at the age of 8, moved to Baton Rouge with her family. As of now, she also has not revealed anything about her siblings. 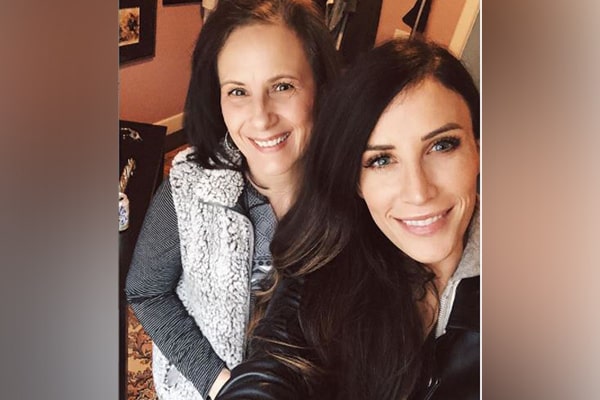 Kelly attended the Louisiana State University, and in 2004, she graduated with a degree in mass communication, focusing on public relations. During her senior year at the university, she did an internship in the music industry in Nashville. Similarly, she joined the Chi Omega sorority, lived in the sorority house, and held a position as sisterhood chair.

Kelly Henderson Net Worth And Career

After graduating from the university, Kelly moved back to Nashville and worked at a modeling agency, and attended acting school while doing their public relations for a while. She met a makeup artist at the agency, who influenced her to change her mind to get into makeup artistry instead of PR. Then, she went back to school, got her cosmetology license, and began working as a hair and makeup stylist.

Kelly has also done modeling jobs during her college days. She had her official break into the music industry after a music video shoot. Since then, she has worked with several other celebrities and music singers like Bobby Bones, Luke Bryan, Kip Moore, and Jason Aldean. In 2015, she started a blog, Velvet's Edge. Well, she has been engaged in several ventures that have helped her amass enormous wealth.

It has been more than 12 years since she worked as a hair and makeup artist in Nashville, Tennessee. Her work has been featured in prestigious magazines like Rolling Stone, Glamour Magazine, US Weekly, People, etc. According to ZipRecruiter, the average salary of celebrity stylists is $50,423 per year. Thus, Kelly must have earned significantly from her profession over the year.

Kelly's fortune also comprises her income from the shop Velvet's Edge, where several items are sold for a reasonable price. Here are some of the items from the store and their prices.

Apart from being a celebrity stylist, Kelly is also the founder and creative director of Velvet's Edge, a website offering tips on beauty, travel, fashion, health, fitness, and many more. She also hosts podcasts and invites several celebrities to speak in the podcast. On average, a podcast host earns $87,274 per year, so she must have earned considerably as a podcast host as well.

The fame and popularity that Kelly has earned in her career have helped her receive several endorsements and sponsorship offers. Through her Instagram, she promotes several brands that she has worked with. Furthermore, Kelly is also an entrepreneur. She earns money through her e-commerce site Liketoknowit. The site features style options for people of different ages. Similarly, the site also allows users to search millions of brands and products that are created by stylists, social media influencers, and celebrities.

Thus, Henderson's fortune might have risen significantly over the years from the various ventures that she has been involved in. Some online tabloids suggest that Kelly Henderson's net worth is estimated to be $2 million. Well, looking at her prestige through her profession and the number of business ventures that she has been involved in, there's no doubt that her fortune is above a million. All thanks to her wealth, she can afford a comfortable and lavish lifestyle. She currently lives in Nashville, Tennessee, and is fond of traveling.

As mentioned before, Kelly Henderson gained fame through the show Very Cavallari where she starred along with her former best friend Kristin Cavallari and Kristin's estranged husband, Jay Cutler. The show that premiered in July 2018 ran up to 3 seasons in May 2020. The show featured personalities like Kristin Cavallari, Jay Cutler, Kelly Henderson, Brittainy Taylor, Reagan Agee, Justin Anderson, Austin Rhodes, and many others. Kelly had a full-time appearance in the first two seasons, and in season 3, she guest-starred in the show.

Although Kristin and Kelly were closest friends in the past, their relationship did not remain the same. Following Kristin and Jay's divorce, Kelly was rumored to be having an affair with Jay. Although Kristin did not believe the rumor, she was upset about how Kristin took the issue. Since then, they are not in speaking terms. Nevertheless, Kelly might have earned significantly from the show.

The beautiful stylist Kelly Henderson has undoubtedly gained huge fame, but she prefers to keep her private life away from the media and the limelight despite that. She does not speak much about her love life and personal life in front of the media. Due to this, it is still a mystery if a beautiful woman like her is dating someone or not. Although the information about her present love life scenario has not been revealed yet, her past relationships were not hidden.

Previously, Kelly was in a relationship with her then-boyfriend Bobby Bones, musician, American idol mentor, and the winner of Dancing With The Stars. Even after the breakup, the estranged pair remain on great terms. In one of her Instagram posts, she mentioned that the former couple stayed friends after their breakup, and they've also talked about it on the podcast. Apart from Bones, she was rumored to have an affair with Jay Cutler. 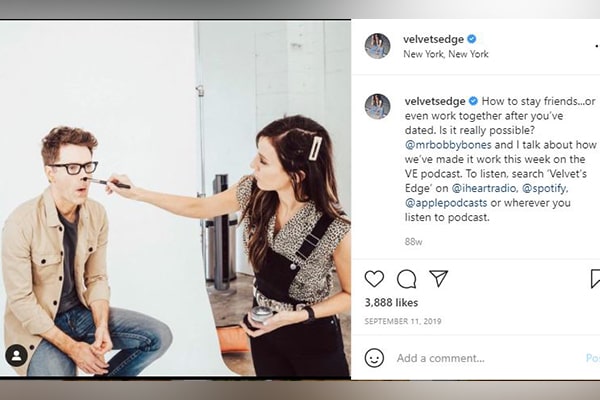 Kelly has been engaged once in her life. However, the name and information about Kelly Henderson's fiancee have not been revealed yet, but according to some online sources, he is a friend and teammate of Jay Cutler. They did not get married as their relationship ended after cheating allegations. Nevertheless, any guy dating her must be really lucky. We do hope to know more about her in the coming days.