English actress Isabella Calthorpe is a well-known name in the British social scene. The beautiful socialite was born into luxury but has managed to make a name for herself in the world of entertainment. She has starred in several plays, television series, and movies and has found much fame for her works.

While she grew up in front of people's eyes and is now recognized as the daughter-in-law of billionaire Richard Branson, Calthorpe is pretty secretive about her life. So, today, let's be familiar with Isabella Calthorpe's biography, including her net worth, career, and family life.

As stated above, the English actress was born into a popular British family. Isabella Amaryllis Charlotte Anstruther-Gough-Calthorpe was born on March 3rd, 1980, in Royal Hampshire County Hospital, Winchester. While she goes by Isabella Calthorpe professionally, for her close friends and family, the model is known as Bellie. 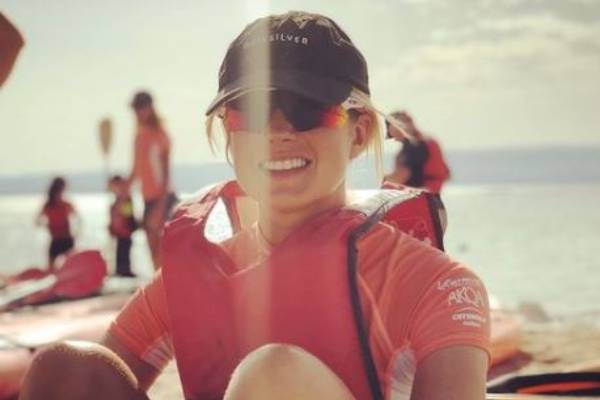 Isabella Calthorpe comes from an affluent family in England with ties to the Royal Family. Image Source: Sam Branson Instagram.

Isabella Calthorpe's siblings and half-siblings are successful in their own careers. Georgina is an artist, while Jacobi is a well-known businessman who founded the headphone company IRIS. Bellie's half-sisters, Gabriella and Cressida, are both actresses and models. All of the brothers and sisters share a great relationship with one another.

While Isabella was born in Winchester, Hampshire, she attended the Heathfield School in Ascot and then went to study A-levels at Bradfield College, Berkshire. Calthorpe then studied classics and art history at the University of Edinburgh.

After graduating with a degree in classics art and history, Calthorpe then attended the London Academy of Music and Dramatic Art. She took classes there from 2003 to 2005 and soon began her stage and silver screen career.

Isabella Calthorpe Net Worth And Career

While she is a part of the posh family and must have inherited considerable riches, Isabella Calthorpe's net worth also includes her earnings as an actress. So, let's take a look into her wealth and how she manages to earn it.

After training at the London Academy of Music and Dramatic Art, Isabella Calthorpe became a stage actress. She has starred in theater productions like The Colby Sisters, Chariots of Fire, Backbeat, Dirty Dancing, The Voysey Inheritance, and The Importance of Being Earnest. These plays were shows in theatre companies like National Theatre, Citizens Theatre, Theatre Royal York, and Tricycle Theatre.

Calthorpe's big-screen debut came in 2004 in the period drama Stage Beauty. In the movie, she played the character Lady Jane Bellamy and was applauded by critics for her performances. She then starred in movies like How to Lose Friends & Alienate People, Night Wolf, Blooded, and Fedz.

The film starring Bellie, Stage Beauty grossed $782,383 in the USA and $2,307,092 worldwide. Her other movie, How to Lose Friends & Alienate People's worldwide box-office collection, is $19,152,009 as per IMDb. Since the English actress played a significant part in these projects, Isabella Calthorpe's salary must have been considerable.

Not only in plays and movies, but the blonde-haired beauty has also appeared in many television series. Her first television appearance was in The Inspector Lynley Mysteries. She then starred in two episodes of Harley Street and eight episodes of Trinity. Her last tv-show was The Prisoner in 2009.

The talented star has not worked on any projects since 2013 and seems to be enjoying her life away from the spotlight. Nevertheless, Isabella Calthorpe's net worth has been heavily influenced by her work as an actress.

Apart from her career as an actress, Isabella Calthorpe also found fame due to her high-profile romances. At one point, there were rumors that Prince William was interested in Calthorpe. She reportedly caught the British prince's eye in 2004 when he and Kate Middleton were going through a rough patch in their relationship. While these rumors were never confirmed by either party, Calthorpe's relationship history now has a fancy royal touch.

Having already been in the news for catching Prince Williams' eye in 2004, the English socialite's love life was the talk of the town for many years. And it came as no surprise when Isabella debuted her relationship with the Virgin heir, Sam Branson. The pair got married in, 2013 March 6, at Sam's father's private safari lodge near Kruger National Park. 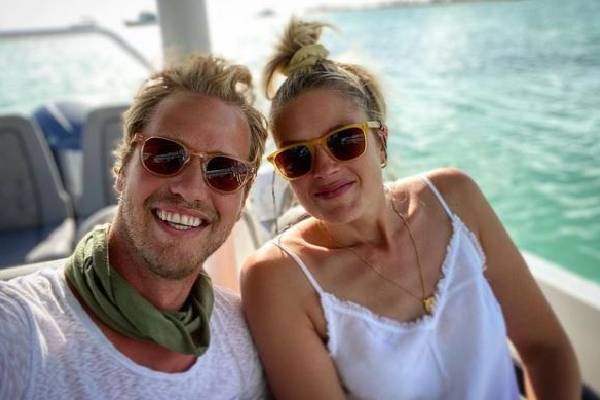 Isabella Calthorpe's husband, Sam, is a filmmaker, former model, and best-known as the youngest son of business tycoon Richard Branson. The married couple started dating in 2006 but had already known each other since they were involved in the same social scene. Their marriage in 2013 was dubbed "Nearly Royal Wedding" due to the bride and groom's family connections.

A year after their lavish wedding, it was announced that the Branson pair were expecting their first child. Sam Branson and Isabella Calthorpe's daughter, Eva-Deia Branson, was born on 19 February 2015. They then welcomed their second child, Bluey Rafe Richard Branson, on January 18, 2017.

The Branson family currently splits their time between London and Bali. They have massive properties in both places and enjoy their life there. Also, Sam and Bellie are adventurous and have traveled to various places around the earth. Let's hope we get to hear more from the beautiful couple in the coming days.