Jed Beaton is a 1998-born Australian MXGP rider who has been racing professionally since 2017. Image Source: Jed Beaton's Facebook.

In case you are a motorcycle racing enthusiast, you must be familiar with motocross. Then, you should hear about the up-and-coming rider, Jed Beaton. He is an Australian motocross racer who has been actively racing in the FIM World Championships since 2017.

After riding in the MX2 class for five years, Beaton started competing in the MXGP class in 2022. But did you know Jed grew up riding bikes in his hometown? So, let's learn about what made him want to go professional with it, including other information about him, in this biography of his.

From A Humble Background

The biker was welcomed into the world by his parents on January 28, 1998, in Latrobe, Tasmania, Australia. Unfortunately, the names of his mother and father have not been revealed to the public yet. Nonetheless, he has a brother, Ross Beaton, with whom he grew up riding bikes. Furthermore, Ross is very supportive of Jed and was the one who encouraged him to start his career as a racer.

Born and raised in Tasmania, a place not many even know of, Jed did not have an easy start to life. He lived on a big piece of land and grew up with no electricity, no toilet that flushed, and no power in his house. His family only had a generator that his dad used to start from 6:30 to 7 pm every night. To heat water for a shower, they would run it through a pipe that went behind their oven that would go by lighting and filling it with wood.

Despite all the tough times, Beaton has shared that he wouldn't have it any other way. Moreover, he is grateful for it as it taught him a lot in life. As for his education, no information regarding his schooling and major has been disclosed yet. Hopefully, we will know about it in the coming days.

How Did Jed Beaton Gain Fame?

Having started riding bikes at a very young age, Beaton has been competing in various races since 2014. Likewise, he has many achievements under his name. However, since he mainly competed in the MX2 class, most of his major accomplishments are from his race in that class. He finished 4th overall in the MX2 Australian Supercross Championship. He won 2nd place at the MX2 GP of Lombardia.

In a similar way, the talented sportsman ranked 3rd at the MX2 GP of Emilia Romagna and Pays de Montbéliard. Additionally, he came 4th at the MX2 GP of Garda – Trentino, The Netherlands, and Great Britain. Since he started competing in the MXGP class only in 2022, hopefully, he will win more races and championships in the future.

Jed Beaton Net Worth And Career

The Latrobe native started his professional FIM career in 2017 when he was only 19 years old. Throughout the years, he must have earned quite a fortune. Likewise, Jed Beaton's net worth must be a significant sum.

The rider started competing in races in 2014 at the age of 16. He lost at the MXD championship in Australia by a nose due to a broken fibula. The following year, his chances were once again ruined due to a broken collarbone, which made him lose his place at his then-team. Fortunately, he found a new team to compete in the 2016 season and even managed to be an Australian Supercross champion.

In 2017, Beaton moved to Europe to ride in the EMX250 class and joined the Honda HRC MX2 team for 3 rounds of the FIM world motocross championship. The same year, he signed a contract with F&H Kawasaki to compete at the FIM MXGP MX2 Championship in 2018 and even earned four top-ten places and a podium finish.

After a year, the Aussie signed with Rockstar Energy Husqvarna Factory Racing MX2 team for the 2019 and 2020 seasons of the FIM MX2 World Championship. Then, in 2021, he returned to the F&H Kawasaki Racing Team to participate in the premier MXGP class of the 2022 FIM Motocross World Championships for the first time.

Since the estimated income of a motocross racer is $85,000 per year, the sportsman's annual salary must also be within the domain. In addition, he must earn quite a fortune from his endorsement deals with various brands. Speaking of which, his sponsors include Arai Helmet, 100%, Controltech Solutions, 4Gold, and Official Leatt. He must also get paid for team racing and other promotional activities. Hence, Jed Beaton's net worth must be immense.

Likewise, Arminas Jasikonis is another MXGP rider with a huge net worth.

Has A Lovely Girlfriend

The MXGP star is in a blissful relationship with his gorgeous partner, Holly Forsyth. The adorable couple has been together for over a decade since August 2012. Jed has posted pictures with his lover on his social media ever since the year they started dating. On the other hand, Holly has a private Instagram handle and appears to keep their dating life private. 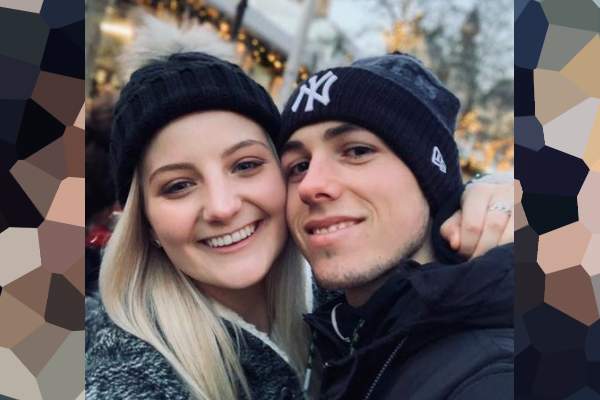 Jed Beaton has been in a romantic relationship with his girlfriend, Holly Forsyth, since 2012. Image Source: Jed Beaton's Instagram.

Nonetheless, Jed Beaton's girlfriend is very supportive of him. He revealed during an interview that she helps him out a lot so he can concentrate on his preparation. She has meals cooked up when he comes back home from his training. Jed added that Holly's support makes it a lot less stressful. We hope the duo's love for each other lasts a lifetime.

Overall, the young Aussie seems to be leading a great life with his partner. With him still being active in the racing world, his net worth will definitely increase in the future. We wish him more happiness, health, and success in his days ahead.