American filmmaker Gavin O'Connor started his career in the entertainment business around 1992 and has worked on numerous movies and television series. He has written, directed, and produced many projects and also starred in a few of them.

Much like other filmmakers, O'Connor has also enjoyed his life behind the camera. While many of his audience would love to learn more about him, Gavin has been tight-lipped about himself. However, few pieces of information have surfaced over the years, which have helped create a profile about him.

So, let's look into Gavin O'Connor's biography and get to know him better.

Gavin was born Gavin James O'Connor, on December 24, 1963, in Long Island, New York. He has a twin brother Greg O'Connor, but they did not grow up together. Their parents separated when the boys were very young and took one child each with them after the divorce. The director was raised in Huntington, NY, but it is unclear whether he was with his mother or father. 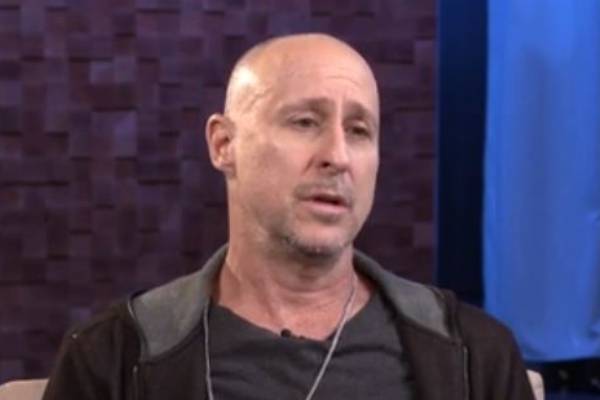 And along with the stories about his childhood, Gavin O'Connor's parent's identity is also a secret. The O'Connor twins were sons of a cop, but neither of them has revealed much about their life before fame. Gavin must have completed his high school studies in NY before graduating from the University of Pennsylvania.

The filmmaker grew up watching classic studio movies from the 30s and 40s and also immersed himself in the 1970s films. Since his childhood, O'Connor was interested in the film industry. So, after graduating from college, he moved back to New York and started working on plays.

Gavin O'Connor Net Worth And Career

As mentioned above, the New York-born director-cum-producer became involved in the industry after graduating from college. He has worked on numerous plays, movies, and television series since. And along with fame, Gavin O'Connor's net worth has also benefitted from the immense success of his projects.

Gavin O'Connor started his career writing plays like Rumblings of a Romance Renaissance and short films like The Bet and American Standoff in the early 1990s. However, he came into prominence after writing, producing, and directing the feature film Comfortably Numb in 1995. He then wrote the screenplay for Tumbleweeds, Pride and Glory, Warriors and Brothers.

The NY native also directed and produced projects written by other writers like Jane Got a Gun, The Way Back, and The Accountant. These movies starred popular actors like Ben Affleck, Anna Kendrick, Edward Norton, Colin Farrell, and Natalie Portman, to name a few. Many of the movies that O'Connor worked on did well at the box office, and given below is the list of them along with their earnings.

Since Gavin worked as both producer and director on many of the above-mentioned projects, his earnings from them must have been significant. As per Glassdoor, on average, a director makes $117,461 per year while a producer earns $60,877 in the US. However, one's education and experience also play a huge role in their earnings. And since O'Connor has been involved in numerous successful projects over the years, his salary must have grown over the years.

Also, the talented filmmaker has also written many famous movies which have been extremely successful. And because he played a major role in the making of these films, the profit gained must have also benefitted Gavin O'Connor's net worth extensively.

Just like his big-screen career, Gavin has also directed and produced several television movies and series. He is best known for executive producing shows like The Americans, Seven Seconds, and Mare of Easttown. He has also produced numerous documentaries and short films, including Mule Skinner Blues and The Smashing Machine.

Gavin's television career is not as extensive as his big-screen career. However, he has worked on many big projects, which undoubtedly helped increase Gavin O'Connor's net worth.

Gavin O'Connor has found immense success in his professional career and has also had a satisfying personal life. He is currently married to Brooke Burns, an actress, and model. Gavin O'Connor's wife Burns has starred in Shallow Hal, Titanic II, and The Most Wonderful Time of the Year. The pair have been married since June 22, 2013, and their relationship is still going strong. 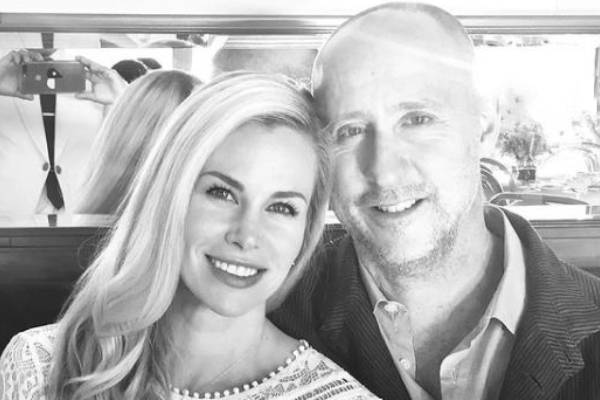 Well, this was not the American director's first foray into marriage, as Brooke Burns' husband was previously in a marital relationship for two years. Gavin O'Connor's first wife, Angela Shelton, is also a filmmaker. The movie Tumbleweeds, which Gavin directed and produced, was based on Shelton's life. The former pair got married in 1994, but their relationship took a sour turn and ended in divorce in 1996.

While his first marriage did not work out, Gavin is enjoying his life with his second beau. Gavin O'Connor's wife, Brooke Burns, is very open about her life and has shared numerous pictures of the couple and their daughter on her Instagram.

As stated above, Gavin shares a daughter with his second wife, Brooke gave birth to their little girl, Declan Welles O'Connor, on January 22, 2017. As the youngest one in the family, the little one is loved by her parents as well as her half-siblings from her parent's side.

Along with Declan, the Pride and Glory director is also a father to Bronwen O'Connor. Gavin O'Connor's daughter, Bronwen, graduated from Sequoyah High School in 2020 and is now attending college. It is unclear who Bronwen's mother is; however, she is very close with her stepmother, Brooke. 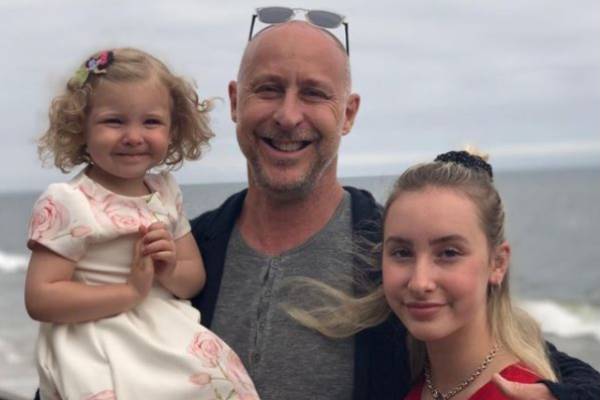 Gavin is a girl dad and loves both of his girls equally. And to add to the family, he also has a stepdaughter named Madison McMahon from his wife, Burns' previous marriage. Currently, the O'Connor family lives in California and is enjoying their lives together. Let's hope we get to know more about them in the coming days.